September cinema! Five sessions through the beginning of autumm, in collaboration with Arroz Estúdios.

A brief introduction to what we do: Black Cat was created to bring an alternative vision of cinema-going to Lisbon. To exhibit the greatest films ever made in beautiful, cultural and social settings. You can read a little more in our introduction [here](https://gov.near.org/t/introductio 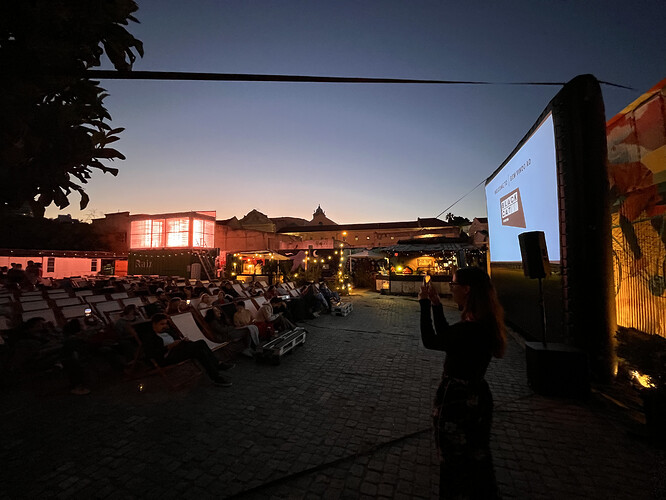 August recap
August has been a great month at Arroz. Despite increasing our seating capacity, we have still had a full house every night!

Every event has gone ahead, as scheduled, with no last-minute surprises or weather issues.

We held a special event for the beginning of September with the Korean film Minari which was supported by the Korean embassy! They donated traditional Korean lanterns to decorate the venue, and also a hand-engraved personalized lantern to a random winner in the audience. Thank you to the Embassy!

Our plan is to continue the sessions in October, when another proposal will be submitted to this community.

The final figures at the end of the month exceed the targets set at the beginning of the season.

Total of 516 people through the door, for an average of 103 per night. We’re now way above our above our target of 90!

2. Directly expose our audience to the NEAR name and ecosystem.

We have now completed our poster artwork competition, and the results and NFTs are advertised and for sale on line. Now that funding has arrived we can go ahead with the planned poster display on show nights. It will make a great addition to the night, promote amateur artists in the NEAR community, and give our audience a natural exposure to NEAR and how NEAR plays a part in our community.

3. NFT ticketing
There is still no word about when the full version of the mintickt platform will be up and running properly. We are really excited to be able to offer this, but it needs to be a viable solution for our audience to purchase tickets. Watch this space!

Postponed from August for the reasons mentioned already, but now we’re able to go ahead. The folks at Muti have kindly offered to let us use their Nearhub space. And the perfect opportunity to integrate this will be for an live music and original video storytelling on 19/09/22. Because we can’t show the films themselves for copyright reasons, this will be the perfect show to stream online and let people know what we do, but without having to show the copyrighted feature film itself.

We have spare budget from our August budget remaining, and this will be carried forward to the audio/visual show on the 19th. 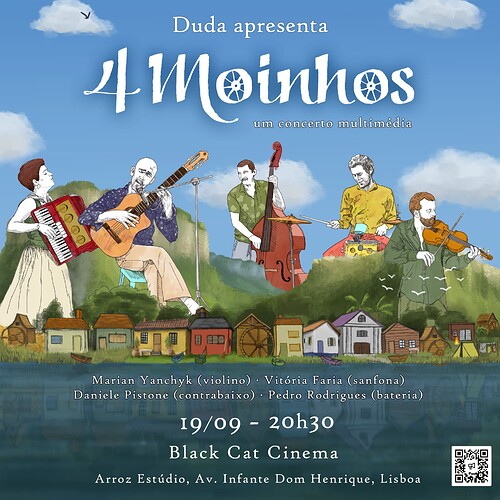 Flyer_Show_BlackCat1920×1920 336 KB
The artists involved have already been onboarded (except Daniele Pistone, who was already in the ecosystem) and have agreed to take NEAR

We’re also planning to bring in a musician for the Into The Wild show on 27/09/22. The Eddie Vedder film soundtrack is legendary, so we’re searching for someone who can fit this vibe. Whoever we find, we will make sure they are either from the NEAR community, or we will onboard them.

Therefore, there is no need to request additional funds for this show.

Previously, the budget was split between Black Cat Cinema and Arroz Criativo DAO, but, we have agreed to free up budget from Arroz’s DAO for other upcoming projects and apply for Black Cat’s support under one DAO.

The month has just got started, and we’re already gearing up for the next shows!