The goal is to bring new life to a historical, but unused, area of land through a series of outdoor cinema shows. Similar to at Arroz Estúdios, we will create events that provide more than a film, and instead create a community and encourage a social sharing of filmmaking. Using the heritage of the surroundings, there is a huge opportunity to match the film to the location. And combining these new shows with the established shows at Arroz Estúdios, there will be the potential to create the perfect environment for each film, depending on its theme and content.

We have been, and will continue to, differentiate these shows with artistic performances and food and drink specials. So far, this is proving extremely popular, even in a city like Lisbon which has so many choices of amazing events on the doorstep!

Ongoing project. A new proposal will be submitted to the community for October, which will be the final month of the season at Santos.

Both shows went ahead as planned, and every single available space was taken!

We brought in the incredible musical stylings of Ugi, a Brazilian musician for La Vita e Bella. He doesn’t take NEAR himself, but a friend has now requested funds for the gig on his behalf. 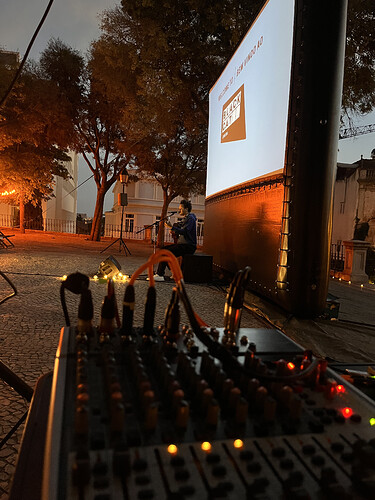 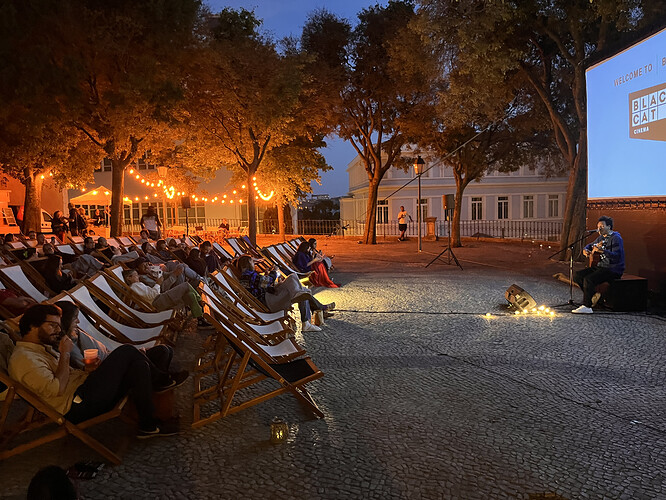 And for Before Sunrise we welcomed Foggy Project back. Their second gig was just as good as their first, and helped to bring the crowds in early

They have already requested payout for the gig from the Black Cat Cinema DAO. foggyfra.near

The 50$ requested for onboarding and NEARdrop will be carried over from last month. So far, there is still some budget for time and NEARdrop to onboard another 3 or 4 people, so it makes sense to wait until next month to request this again.

Photography 80$ will be carried over from August for photography on 18/09/22. Our original photographer raquelchats.near is leaving for the states, so we need a good replacement!

We have already had enquiries from a number of customers about what NEAR is, and why it’s up on the screen next to known groups like the Junta de Fregusia, and Santos Collective. So people are paying attention!

NEAR goals
NEAR awareness - We predict that the NEAR name and brand will be visible to around 450 people over the course of the three shows.

Collaborators. Similarly to Foggy Project and Ugi from August, we will onboard musicians and artistic collaborators into the space.

With the expanding team, we have also been able to onboard the new team members.
So far, teixeira92.near, bnande.near, catarinasm.near, and chanchandler.near. There will certainly be more to come over the next month as we put together a solid and regular events crew

Schedule for 2nd half of September