Enter The Sphere is a web3 social games platform, which connects multiple NFT games with a living evolving AVATAR. Built into the AVATAR system, we have game-fi and play to earn elements.

The flagship game we are currently making is a beautiful Collectible Card Fighting Game, that is intuitive, easy to pick up, fast paced. You go in with your AVATAR and it plays like a jRPG combat system.

Games are real-time and we have both multiplayer and solo play. 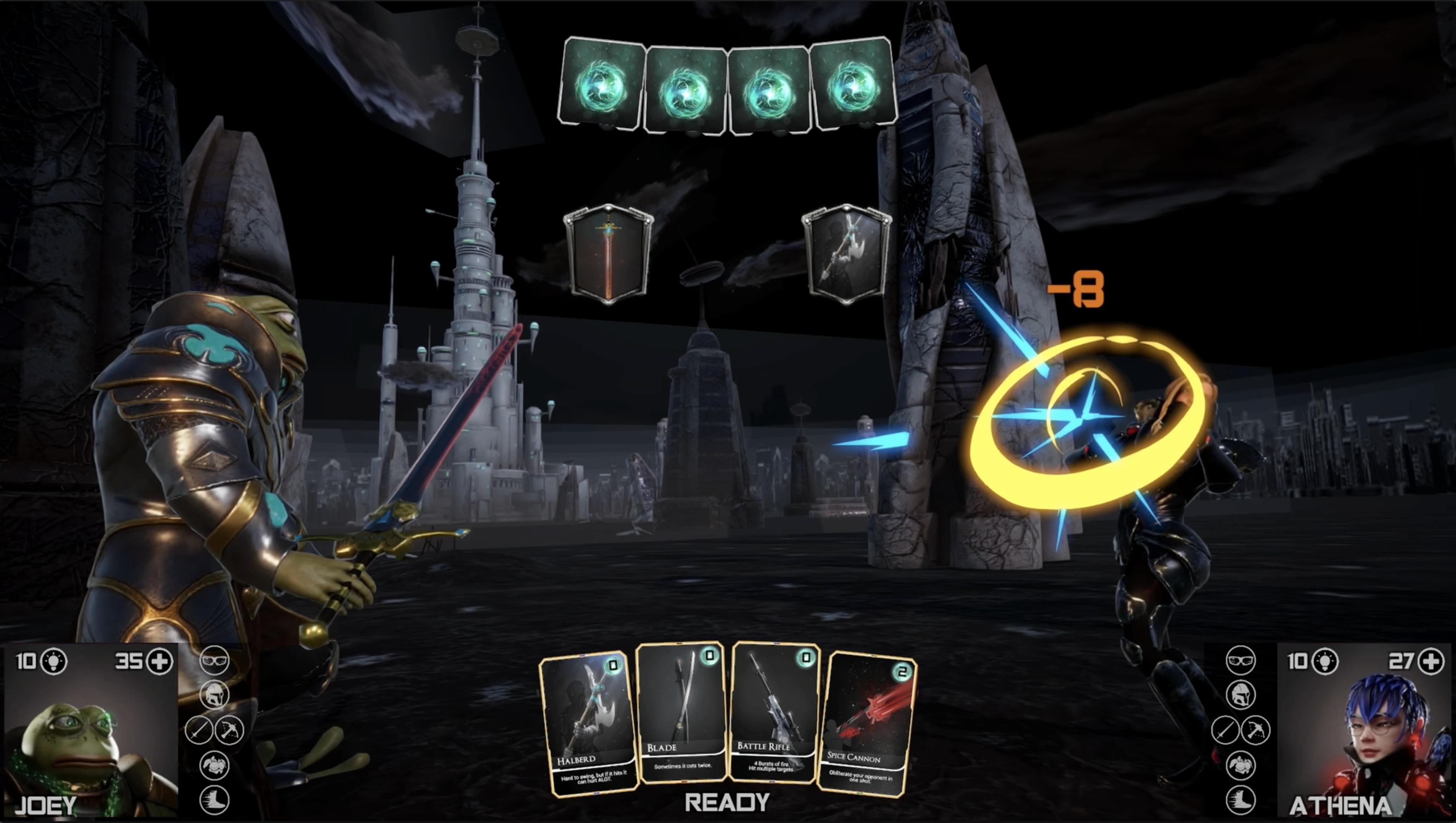 How Are We Different From Other Web3 Games?

Our vision is different from most web3 games, in that our platform serves as a foundation to play our games across multiple social media apps and on any device, with fast loading, instant on-boarding and zero installs (no Appstore or Steam needed).

Creating a game invite on our Telegram Bot

We leverage next generation technologies to create a experience that bypasses the high barrier of entry of most web3 games currently. Players don’t even need a crypto wallet to start.

So we got things that leverage social media networks, like a Telegram Bot that allows players to see each other’s character and NFTs, play each other, spectate and see battle results. Another example, social media links are used liberally to initiate/view game actions.

See other player’s NFTs and AVATAR on Social Media

All this is possible, because from the get go we were focused on the concept of social gaming, and built our entire platform around it.

Cool Stuff Already Built and Coming This Month to NEAR Mainnet

What we built and are releasing to NEAR Mainnet this month starting a period of our phased soft launch:

DuelZ is our Collectible Card Fighting Game that is fast paced, turns play out in real time with a declining timer that adds pressure. Games usually last about 3 minutes, and NFTs are directly loaded from the user’s blockchain wallet.

The game is fully built out, balanced and playtested and is functional on both multiplayer and solo (playing via BattleHub or Social Media). It runs on the latest WebGL technology.

Social gameplay is a big focus of Enter The Sphere. Our unique Telegram bot is one of the most polished applications on Telegram’s game API.

You can use it to spectate battles, challenge others, play mini-games like TAP! TAP! Battle, tip, deposit, and withdraw tokens. See other player’s AVATAR, level and game stats.

The bot can be added to any of Telegram’s bazillion channels and onboard players instantly.

Connecting it all together is our BattleHub front-end and back-end. Here players can see their stats, quests, items, open lootboxes. They can also play the game solo or multiplayer through BattleHub for rewards. This is also where they can see full details of their AVATAR.

Our AVATAR system records player progression directly into the player’s character NFT. All this is done on-chain, so the more players play, the more special features and rewards their AVATARs unlock.

We will be freeminting these Egg Pod NFTs this month, they hatch into OG AVATARs (A unique pixel art collection). AVATAR is not required to play the game, but it is required to unlock superior features (such as play to earn).

We have been dropping users with lootbox NFTs, come this week, they will be able to open their lootboxes on NEAR mainnet via our website. Each digital collectible (as we like to call them now) have unique traits that are their own!

Of course, because we started this with the idea of using cross-platform technologies. The game is optimized to run on mobile without installs.

We have also done tons of artwork on the world of Enter The Sphere. From the Tower to Illium-3 (The Sphere) to The Throne Room. Every NFT item and character has a unique backstory, and we endear to make it more immerseive than other crypto-game offerings. The world of The Sphere is a unique sci-fi fantasy IP all on its own.

There is more…such as Deckbuilder, TAP! TAP! Battle and AVATAR equipment system, but it would be too much to list all here.

Our Financial Track Record and Accomplishments

Originally pitched to the public as a compelling social NFT game, we’re crowd-funded twice on a Kickstarter Platform, we then launched on BCH and successfully had a early playtest of over 100 players, however our timing was ill fated because BCH infrastructure soon started crashing, so we started looking for superior technological solutions…

We then got a grant from the NEAR Foundation to port our game over, and we have just successfully completed our final milestone with NEAR to port the game over, first with test-net and now with main-net.

Our burn rate is incredibly low for what we have accomplished and delivered everytime we raised money.

We have a pragmatic approach to funding and spending, choosing to build out the groundwork over the longer term, compete in a blue ocean strategy whilst keeping our build costs as low as possible.

We haven’t taken money from investors or done an IDO or done NFT sales yet. We don’t promise 40 features, but instead choose a handful and try to do them well.

Our founding team has experience in working in companies that manage world famous IP, media and gamification. These include Zynga, Lions Gate, ABC, Bloomberg, and more.

Our Roadmap In The Next Few Months

Our Request to Human Guild

Originally we wanted to launchpad for the next phase however, with bear market conditions and lack of NFT volume and users on NEAR at the moment, further crowd-funding and token launches are not viable approaches.

As such we are facing a slight funding shortfall, when it comes to making our product launch feature set complete.

We request a one-time grant for 10,000 NEAR, for help with the runaway, polish and completion of this product we have built out to ready status.

For the above to be delivered in the next few months, we are looking at $60k+ total, which we will raise from other sources.

This support not only gives us vital breathing space for ETS, but with the backing of the Human Guild we will have the help of other project founders, as well as a vote of confidence from a vital node in the NEAR ecosystem.

If we get this backing, we commit to staying to the same fiscal discipline we have had to get us to this point with a relatively small budget.

PLEASE REACH OUT FOR QUESTIONS / PARTNERSHIPS / GAME DEMOS! (The Game which is live may go off-line in the next few days due to migration to NEAR Mainnet)