The number of followers is steadily increasing.
However, this may also be due to the revitalization of the industry as a whole.

I think there are still many things that NEAR can do.
I run Avalanche and Solana Japanese communities.
In fact, about a year ago, NEAR had the most followers of the three.I feel that I had an advantage at that time in various aspects. However, it is now far behind the two communities, and Avalanche Japan now has 1.5 times more followers than NEAR.
Comparing the methods of each community, I feel that the information supply of the NEAR community is low and the accuracy of capturing fan psychology is low. I also feel that bad effect the low exposure of team members.

Hoping that the reforms have begun to improve this point. 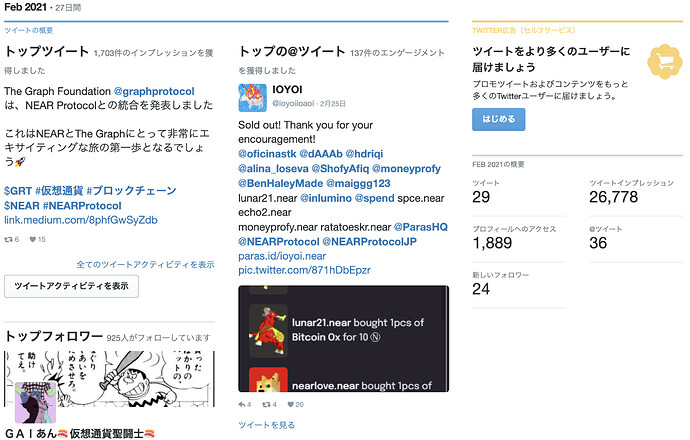 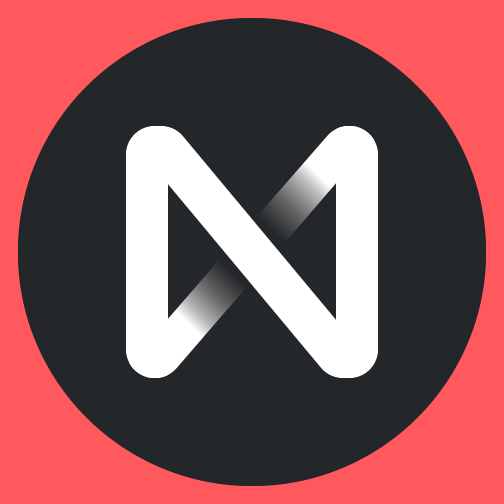 In February, I translated and created 12 articles.
The most read article was “NEAR and The Graph Partnership”.

The increase in the number of useful articles, partly due to the fundamental improvement in the marketing part, which was a long-term concern, is a great pleasure for running the community.

In fact, the average number of views per post is also rising, and it seems that the behavior of community members is becoming more active.In particular, 4ntguilds’ article seems to capture the reader’s heart well. It is important to convey difficult content in an easy-to-understand manner, and I feel that it is a part that has been lacking until now.
Also, this time the article about the partnership with The Graph was popular. I also run “The Graph Japan”, and I’ve seen several discussions about NEAR among the core members of The Graph, so I’m very happy with this result.

Again, many people are looking for easy-to-understand information about NEAR, not about esoteric technology.
Many core developers search for technical information on their own in content such as Discord.
I feel that it is rational to analyze the target group of each content, think about it, and then supply information tailored to each content.
Thank you for always providing useful information.

I reported in my last monthly report that I was the only one not receiving compensation for past efforts, but it has been successfully resolved. Thank you for your cooperation.
One person asked me, “You’re writing that stuff, don’t you want your reward?”
I received a mysterious opinion.How could I not want it? It is strong curiosity and incentives that drive us.
Well, on the other hand, there is actually anxiety that “Isn’t the current my Japan community initiative being evaluated?”, But that’s not the case, right? I’m a little traumatized by the incident last year.

By the way, as for other projects, the Japanese community of Solana and Graph, which I currently run, hosts monthly online meeting and webinar. The number of participants is still about 10 each, but the discussions are very active and well received.
The important thing in building a community is to increase the number of members and improve the quality. The most important thing to improve the quality is education. For example, understanding of “Future of NEAR” “What NEAR” and “Why NEAR”.
In Japan, the tool Telegram is not common, and as mentioned above, the marketing aspect is distorted, so until now we have not provided a place to directly connect with the community online. If this part is improved in the future, I and each local community will be able to promote autonomous efforts focusing on “education” more actively than ever before. This is the most important part. I’m looking forward to it.

In Japan, the Telegram tool itself is not common, and as mentioned above NEAR has been incomplete in terms of marketing, so I have not provided a place to connect directly with the community online until now. If this is improved in the future, I and other local communities will be able to promote autonomous efforts focused on “education” even more actively than before. This is the most important part. I am looking forward to it.

Regarding the regulatory situation in Japan, the list is still tough, but there are signs of easing, such as the approval of Enjin and Iost last year. (By the way, the currencies that can be handled in Japan require the approval of the association and the Financial Services Agency. For example, there are only 5 types of currencies listed on Huobi Japan. Enjin has been lobbying for more than a year to get listed in Japan, and has made it happen)

What it takes to get listed in the end is the soundness of the project and its track record in Japan. Japan is not a small market financially, and I feel it is essential to get approval to list in Japan.
As a Japanese community, I would like to support in achieving this through trial and error, using all means at our disposal.

Last but not least, thank you all for your support.

Let’s do our best together‼︎

Thank you so much for your good job in supporting the NEAR Japan community and keeping us updated. I agree that more consumer-friendly information should be provided rather than technical information.

Thanks for the good work and detailed report! Let’s focus more on education in the future. I think it’d also be a good idea if you can share a little bit of insights on what the Japanese community wanna learn about NEAR. And whether there will be any other local communities or projects we can collaborate with?

I’m involved in about 10 projects in total, so it’s possible to connect them and co-host educational events.
However, there are not many people who are “deeply” interested in NEAR at the moment.
We all know that NEAR’s marketing and social networking strategies are not very good.
First of all, I look forward to the reforms that are currently being implemented.
But looking at the Tweets from yesterday and today, I don’t see much that should be translated. I’d like to see them focus on “external communication” and not on low quality Tweets like friends flirting with each other.

The first step is using sputnikDAO efficiently,such as distribution of the NEAR tokens .

I’ve seen it.
I see… This is not working as an incentive for me, so I’m quitting.

Hey Takeshi, want to talk about your concerns first? If not, thanks for the help. I didn’t know you were struggling alone through this.