in January we continued to grow the German NEAR community. We tried to increase the community on Telegram and on Twitter and we also started to be active on Medium. Now I am going to show you what we did in January for Near Protocol German.

Our goal for January on Telegram was to increase the followers and the engagement. We wanted to have about 1000 members by end of January. We have almost reached our goal as we have currently about 920 members.

To increase the engagement, we made a Telegram Quiz on Sunday 23rd. We asked our users 20 questions about the NEAR ecosystem. For each question the users had one minute to answer. The first prize was 200$ in NEAR, the second 100$ in NEAR and the third place got 50 $.

Our community found the idea very nice, they have already asked for a second quiz. But the number of participants was not as we had expected. Maybe some of our users have forgotten the quiz. We promoted it in our Telegram group with a pinned message a week before and also on Twitter with a Tweet. And we have also promoted it 3 days before and on the day of the quiz with a message in the Telegram group. @Kemal also promoted it in the global NEAR group on Telegram as he is a Community Moderator in the global group. But we haven’t pinned a message shortly before.

Next time we will pin a message shortly before the quiz that the quiz will start in a few minutes and also create a countdown on Telegram.

On Twitter we also continued with our work. We had tweeted the latest news and upgrades within the NEAR ecosystem. We managed to increase our members. Currently we have about 260 members. Our goal by end of January was 250+ members. The profile visits and the total impressions decreased a little bit. This is because we haven’t pinned a tweet that we have promoted with different influencers. In December we had made a paid promotion of our pinned tweet. But we haven’t seen it as necessary as our Twitter community is growing continually.

In January we started with content creation in German. We have written/translated three German articles about the NEAR ecosystem and posted in our new Medium account (https://medium.com/@NEAR_German) and also promoted them on Twitter and Telegram.

One article was about the top projects on the NEAR blockchain: 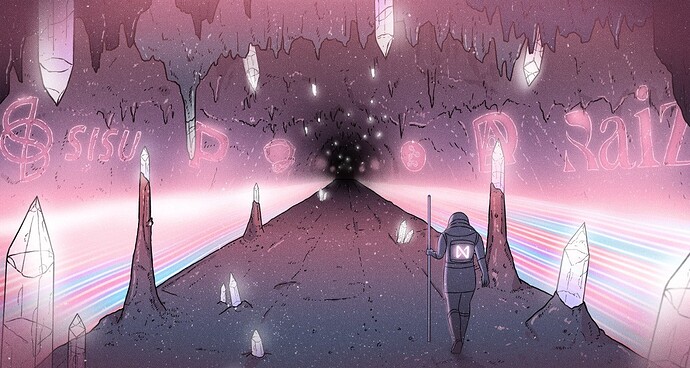 The second article was the announcement of the agreement between NEAR protocol and Machina:

And the third one was about “First steps with the NEAR wallet” and staking/unstaking. In our Telegram group we have got some questions about how to get started with the NEAR wallet and how to stake. So, we have created a German article about these topics:

Summarizing the first month of this year we have to say that it was not so easy because of the serious crypto market situation. Many users lost a lot of money. We noticed that very strong. The interest in the crypto market decreased a little bit but we think we did our work pretty well and managed to grow further our community. Also the change of the payout process for activities in the NEAR ecosystem was to our disadvantage. We currently have the second week of February and have just received the budget. But we know that it’s an exceptional situation that will no longer exist. We have complete trust that in the next months the payout would be faster.

Proposal for January: [Approved] Near German Community January 2022
The next proposal will be set up for February and March.

The next proposal will be set up for February and March.

Danke for report! Also, propose to you request 2-3 months funding with next proposal.
Have a great day!