Our progress so far and insights we’ve gained.

The monthly report for October includes the following seven sections:

This project seeks to develop a secure, efficient, and reliable payments and contracting system for models and agents in an industry that largely offers short-term contracts and includes high fees. You can read more about the potential NEAR has in this industry in Principle Payment working Lite Paper here: doc 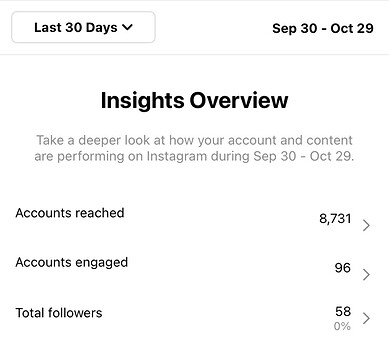 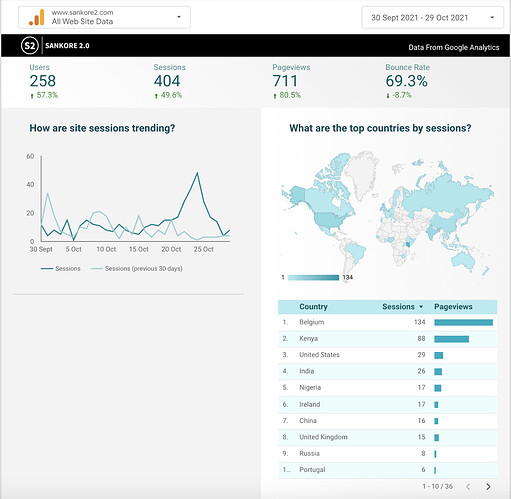 7. Review of the October Roadmap from September’s Guild Report

Presented Sankore 2.0 at NEARCon Lisbon: doc The link in not available

2.What king of work Flying Rhino Guild doing for your gulid and how much is it ? Why did you hire
another one guild if you’re “social media” guild too? 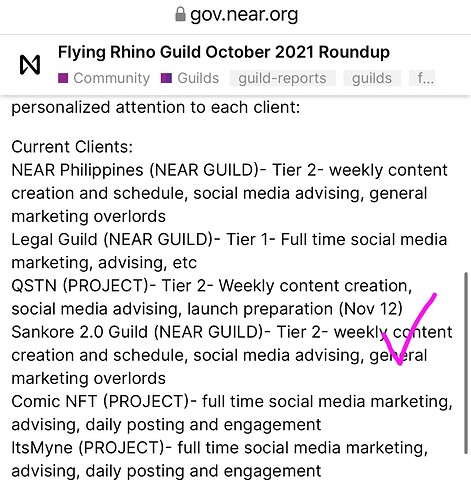 Why did you hire
another one guild if you’re “social media” guild too?

Hey man! Sankore is not a social media guild, you can read more about them here.

I actually think it’s awesome seeing Guilds interoperate, that’s what they’re there for

To support one another and, ultimately, projects and initiatives built on and around NEAR.

Hi Dacha, Thank you for your comments. I’ve made the Slide Deck of my presentation at the NEARCon Lisbon available in PDF on the same link. Let me know if you find trouble accessing it, but I believe it should be fine.

Hey man! Sankore is not a social media guild, you can read more about them here.

I actually think it’s awesome seeing Guilds interoperate, that’s what they’re there for

To support one another and, ultimately, projects and initiatives built on and around NEAR.

Actually, they are promote Near protocol in Africa . Promotion, marketing- common things. But anyway, why they hired another one agency for social media activities if have marketing officer and content creator? I don’t think it’s a good idea spend extra Near money for middleman’s agencies. I disagree with that.

Dear @Mazi , how much your guild pays to them? May be someone gave you advice work with Flying Rhino?
Thank You 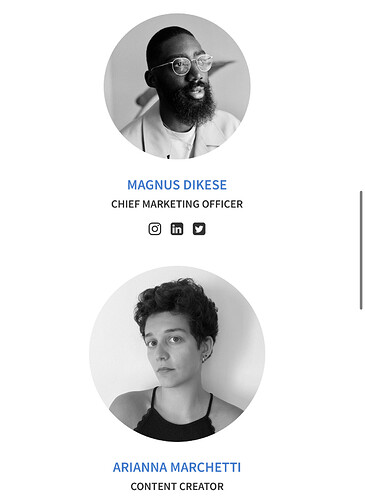 Ps: anyone can anonymously send me information about it in pm.

Dear all, I wanted to take this opportunity to clarify for the entire community how Sankore 2.0 has been operating in its partnership with other guilds, specifically regarding its marketing. Sankore 2.0 has only one objective: to onboard projects from the continent of Africa into the NEAR protocol. To achieve this, we’ve pursued various strategies to raise awareness of the NEAR ecosystem. Marketing is an integral part of our activities, and we’re continuously seeking ways to move more effectively. All of us in the Guild are also deeply and passionately committed to NEAR’s ecosystem values, including transparency. That commitment has been questioned by some comments, and we’re always happy for constructive feedback (we foster a growth mindset); and we commit to an open conversation when genuine issues are raised. We also commit to pursuing pragmatic solutions when and if shortcomings are observed. In this case, we believe that we have been transparent - but I would like to address specifically the points raised by @Dacha .

So, to clarify, the partnership Sankore 2.0 Guild has with The Flying Rhino Guild consists of two basic parts:

Our CMO, Magnus Dikese, was hired partly because of his expertise in doing business in Kenya and his ability to effectively communicate to our audience, reflecting our vision within Sankore 2.0. As Magnus was still working full-time as a freelancer, we onboarded him for 570 USD/month for an average of 10 hours per week as an independent contractor.

Magnus manages Sankore 2.0’s marketing strategy. He provided Flying Rhino guidelines and incorporated the local vision and mission of Sankore 2.0. Flying Rhino Guild crafted our weekly posting schedule based on Magnus’ instructions and our weekly activities. Magnus, as CMO, would then post these banners and designs along with other photos, comments and replies that make up our normal social media presence in collaboration with OWS contributors.

‘Marketing’ is a broad term – certainly broad enough to encompass many specialist roles. We probably assumed our audience was familiar with the Flying Rhino Guild’s work and the expertise it lends to other guilds besides ours, but we regret the confusion caused in this thread. Flying Rhino has played an auxiliary role in our marketing mix alongside our part-time CMO and doing so has meant we achieve a bigger impact from a given funding level. (Someone great at social media and the local market won’t necessarily be as quick to make a graphic design as someone who specialised in it.) Moreover, since both the job and responsibilities of Magnus and Flying Rhino are different, there is no double pay - the two parties perform different Marketing-related jobs. I always receive a detailed monthly report from all of the people on the team to make sure of this. Our archive of monthly reports is available for the community to review, and you’ll notice separate lines and separate explanations for our CMO and for Flying Rhinos.

People following our regular posts will be aware that later this month, Magnus will move to a new contract, becoming the head of Sankore Solution, and he will progressively relinquish his marketing role. Flying Rhino with the help of OWS will share the CMO’s previous responsibilities between them because both do an incredible job in their existing areas already! If you’d like more details on the new arrangement, reach out to me personally.

Our Content Creator Arianna Marchetti was contracted for the same weekly hours and at the same rate as Magnus and has been writing blog articles and providing blog content plans related to NTFs for Sankore 2.0. Arianna’s work for us ended last month for her own personal reasons. For that reason, we’re looking for someone to continue her fantastic work for the ecosystem.

I hope this clarifies our staffing arrangements and I would encourage you to reach out to me personally if you have more questions, as there are always limitations on communicating via comment sections. I’m happy to answer any questions by either DM or email.

hope this clarifies our staffing arrangements and I would encourage you to reach out to me personally if you have more questions, as there are always limitations on communicating via comment sections. I’m happy to answer any questions by either DM or email.

Ok, thank You very much for explanation.