Hello, and welcome to Chloe Lewis’ OKRs for the 3rd Quarter 2021. This will serve as a working doc to outline my objectives and key results.

focusing on key products from Education Team (Education - NEAR Forum)

While there are resources teaching people how to get started with SpurnikV1 (NEAR Sputnik DAO: Empowering Communities - Learn NEAR Club) the real power to govern communities using an on-chain application comes with the V2 implementation where arbitrary function calls can be executed.

For the review of my personal OKRs for Q3, I will focus on assessing the overview

At the beginning of Q3 (after the Creator’s & Communities Hackathon) there were 5 active Creative Guilds (Createbase, NxM, Arroz Creativo, VR DAO, & Generative Art/Creative Coding/CuraDAO). There are currently ~19-21 Guilds in the creative ecosystem. All of these Guilds use sputnik.fund or v2.sputnik.fund and so their management generally increases the adoption of “SputnikDAO”.

Increase the # of active users (MAA) measured by a campaign (DappRadar)

It has been difficult to gauge adoption using external tools because DappRadar does not accurately track most NEAR applications, but both paras.id and Minbase.io have seen increased usage over the quarter. It will be important to get DappRadar tracking astrodao accurately in Q4 (or to have another way to track unique daily/weekly/monthyl users)

This metric was way off. SputnikV2 is mostly unusable, in terms of regular community members using the UI. Astrodao.com should support the adoption of SputnikV2 tooling, but will not be released on mainnet until October 4th. According to http://stats.sputnik.fund/, there have been just over 1k account interactions with sputnik.fund with clearly points to the fact that there are not nearly 10k unique users using SputnikDAO. Better tracking here is needed.

Over the quarter, this objective was probably the least touched upon. With the growth of the NEAR Education team, it seemed more efficient to let them expand to figure out where support was needed. The main point of note was that having a weekly/bi-weekly call to collaborate and share ideas was/would be useful.

As stated above, the number of Guilds being supported by the Creatives DAO has increased significantly over the quarter.

While the Creatives DAO has not yet launched a token, the council has expanded form 2 (core team members) to 5 (2 core team and 3 community). The plan is for the DAO to move from sputnik.fund → astrodao.com when available (October 4th) which will facilitate the launching of a social token.

As stated above, SputnikV2 is mostly unusable and Communities wishing to use additional SputnikDAO features are being instructed to wait for the launch of Astro.

While Minting Music has had there fair share of success building on NEAR (building their product on mintbase) there have been issues with expanding out their offerings to festivals in Q3. Hopefully in next year’s festival season it is more reasonable. They have build out some functionality on Mintbase.io and there have been various ideas for implementation of NEAR tools in major events, but nothing specific and usable by the community. (closest use may be the ability to buy NEARCon tickets with NEAR using Mintbase. 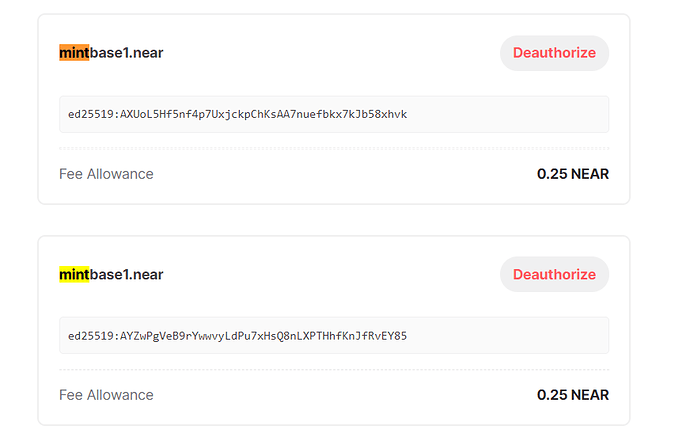