Blockchain technologies are growing at an incredible rate, however very little is understood of them to those who are not actively involved in their maintenance or at the very least have an ongoing interest in them in the form of crypto investments or NFT collections. However, for this kind of technology to be widely accepted, people need to better understand them or at least feel close to them in a way where they can perceive them as organic entities.

The NEAR protocol promises to sustain an enormous rate of growth while keeping transaction speeds very low. This together with its carbon neutral commitment set the NEAR protocol to become one of the most widely adopted blockchain technologies, which will lead to millions of transactions performed daily without any hiccups. But how can we better understand the overwhelming amount of information and bookkeeping required to maintain such complex technology?

NEAR’s Heartbeat is a generative artwork that aims to present transactions within the NEAR protocol mainnet as a square whose pixels represent the multiple components required for the protocol to work: contracts, nodes, transactions, accounts, supply, gas. Activity from the mainnet will be collected in real-time and colour coded according to the category it belongs to, for example, every transaction would be a gray pixel, every contract a blue one, every account a green one, and so on. The pixels collected throughout the 24-hr period will be arranged as a square creating a screenshot of the activity on the blockchain for the day. On top of that, after enough days have passed, the data will be presented as a small video containing every day, showed one after another in a rhythmic fashion, showing how the NEAR Protocol blockchain is a living entity and what we will be looking at is the tempo at which life is performed within it, expanding and contracting; we are experiencing its heartbeat.

Have you seen this new app by @mattlockyer and the Open Sourcerers? 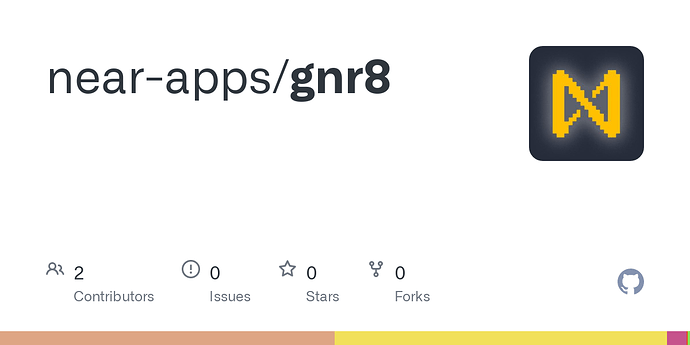 Contribute to near-apps/gnr8 development by creating an account on GitHub.

Jump in the #GNR8 channel in our Discord, and you can get early access next week! 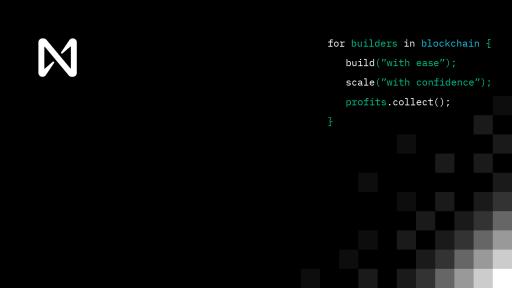 Join the NEAR Discord Server!

Check out the NEAR community on Discord - hang out with 12,555 other members and enjoy free voice and text chat.

Don’t hesitate to let us know any questions!

Really interesting idea! I’m looking forward to seeing how the daily snapshot is presented. Do you plan on having different views of the data, or filters? Will you seek to aggregate the data set at a certain point, or will the generated artwork only poll directly from NEAR at the time it is generated each day? What time of day will you create each 24hr snapshot?

I’ve got a million questions, but I’d rather you answer them with some code and some further documentation. I’ll support this proposal.

Thank you for the reply! I’m glad you like the project. I did see the gnr8 app proposal on the Discord, it seems like a great idea to engage more people in the NFT ecosystem. I will jump in the #GNR8 channel to get access, thanks

Thanks for the suppor! I’ll try to answer your questions, but let me know if I miss something or you want me to elaborate a bit more.

I’m still not sure how the final snapshot will be presented, but i was thinking it could be a square just so it relates to the concept of block in the blockchain, which most visualise as cubes. Another thought was to make a 3D object but it would complicate the visualisation because you can either only see the outside of the cube or it would need some sort transparency, and I don’t think at this point it would add much conceptually or from an experience point of view, maybe a second stage of the proyect?

The visualisation I’m thinking about would be static per screenshot meaning you would only get the info of the 24hr period (or maybe 25hr period so we get a sort of moving screenshot), so I think polling NEAR directly every period makes more sense.

I will work on a presentation and video demo and hopefully get some code working by the end of the week.

Thanks Jordan! I’m excited to hear that the proposal passed! I will be working this week on the rest of the material to hopefully get a prototype working on Github by the end of the week.

Hey, just following up on this ~ would love to see it come to life! Any updates? Need help?