Hello, we are here to announce MobiDance 2. MobiDance was a telematic event held in April through #nomadelabel-dao. Me (Flygoa) and L3V1 AT4 created 4 sound pieces and invited 4 dancers to interpret them, generating 4 video performances that were broadcasted on April 29th - international dance day - on the F(r)esta improvisation festival channel, on youtube.

With the intention of offering to the Ecosystem giving continuity to the event, we would like to present this proposal to DanceDAO opening the possibilities of interaction between DAOS. For this edition, I Flygoa will be doing sound composition with Ritamaria @ritamaria.

We musicians met in the Near ecosystem during the FEMINU Expo
and continue developing contact through the #nomadelabel-DAO that has stimulated collaborations between artists as a way to promote production. Motivated to continue this collaborative movement, we understand the possibility of this process taking place through Dance DAO opening it up to artists from other places. This call is intended for artists who have experience, background or career in dance in its various expressions.

As this is our first proposal for Dance DAO we have opted to follow the model of the one held in April, as we will explain below:

The aim of the proposal is to hold a virtual event that brings together dance artists from different places, from sound provocations created by Fly Goa and Ritamaria

To continue this event held in April by the Nomade Label, connecting the daos and expanding the proposal to more artists from the ecosystem. To promote creative processes in the ecosystem, within the environment of dance and performance in connection with the language of sound art. The proposal to open registrations and interactions through the forum also brings visibility to the dancedao members, creating a kind of database that can be accessed and work as a basis for future collabs between artists. We believe that opening up the process at this stage will increase interest and integration among artists.

Who can apply: Dancers with proven dance experience in the various dance languages and expressions

Sound artist and guitarist. I started working as a soundtrack designer for film documentaries, theater and contemporary dance performances for both sponsored and independent initiatives. I recorded and released my latest album that combines poetry with sound through the Desmanche label and have released several albums, E.P.s through other labels such as Música Insólita. I am currently the curator of F(r)esta festival de improvisação, an experimental music event through Youtube and live performances.

Musician-educator, performer and researcher, develops research linked to body-voice-listening, improvisation, creative processes, feminism and decolonization. I have a degree in Music Education from ECA-USP. My work has been circulating throughout Latin America since 2013. I have produced pedagogical journeys in Guatemala and El Salvador (with support from MinC), Peru, Argentina and Uruguay (independent) and Mexico (in 2017 with support from Ibermúsicas), conducting creativity workshops and interactive performances. In 2019, I conducted an independent tour of Mexico, passing through several cities and performing in collaboration with local artists, sharing voice and creativity workshops and conducting interactive performances and concerts.

We are happy to make this proposal to Dance DAO and open to making the necessary adjustments so that the project can be realized.

I am Ritamaria, the artist invited to follow this project with @fly this month, and I am happy to be here to continue MobiDance. I am at your disposal to build this proposal together. I am passionate about dance and I am very curious to see how the sounds we create can stimulate movements, dances, narratives.

I also want to congratulate Fly and @l3v1at4 who made this project last month for Nomade Label DAO, achieving a very interesting and thought-provoking result.
You can check it here: [proposal] MobiDance

Let’s keep in touch
with my best regards

Thank you for the submission.

I hope this project is approved and will go on for a long time. It was a great honor and a great pleasure to participate in the first experience. I felt welcomed in my mobility condition and my imagination ran wild. I just love! thank you @AugustKinge
we are now thinking about strategies to attract dancers to this proposal, and also wanting to understand more about how Dance DAO works. we are here to build this together. keep in charge

The first edition had such beautiful results, I’m looking forward to what comes next! Very exciting!

This is so beautiful

we are about to start this process!! and also very excited to produce and to meet you, dancers, form Dance DAO. help us to spread this proposal, sounding and dancing!

just to remember you, all the process will happen in this forum, so keep connected!
thank you again Dance Dao for supporting this project!

I’m interested in participating! Loved the videos from the first edition. The date for sending material is May 11, right?

Hi @Oli_hein! Thank you for your interest! To participate, leave a comment here on the forum, with links to your work, as we detallamos in the proposal. The selection process will take place in this communication channel. This first stage will take place from May 11th to 17th.

During this period, Ritamaria and I will be preparing the sounds that will make up this project.

It is important to remember that all communication will be done through the Forum, in the comments of the proposal

To participate, leave a comment here on the forum, with links to your work, as we detallamos in the proposal. The selection process will take place in this communication channel. This first stage will take place from May 11th to 17th.

During this period, Ritamaria and I will be preparing the sounds that will make up this project.

It is important to remember that all communication will be done through the Forum, in the comments of the proposal.

Hi everyone! I’m a transdisciplinary artist with contemporary dance experience, and I want to apply as dancer in this edition.

Here it is some of my works:

“O que precisamos/What we need”. Presented on the Curitiba’s Festival by Links, group of UTFPR.
https://www.instagram.com/p/B1fYe8RFav6/?igshid=YmMyMTA2M2Y=

thank you @amandalealart for your submission!!

Hi ladies, I know I participated in MobiDance 1 but I’m available to dance again, if you want.

Luciana Colvara Bachilli has a degree in communication and is a social media specialist, broadcaster and commercial speaker since 1996, also graduated in class 2016 at the Experimental Dance Group of Porto Alegre. Luluca L was a non-binary trans everything, dissident, contemporary, independent, experimental performer and visual artist between 2015/2020 and died to value their works. In the pandemic, they was reborn as L, post invisible amateur persona, and operates exclusively in the web3/nft/cryptoart/metaverse ecosystem. Minter at Mintbase, UniqArt and Paras, partner of projects, stores, guilds and DAOs. Bounty Hunter on the Near forum. Head of NFT at @mutha. Also present in Tezos at Teia and 8bidou.
Site

Here’s some links to my latest works: 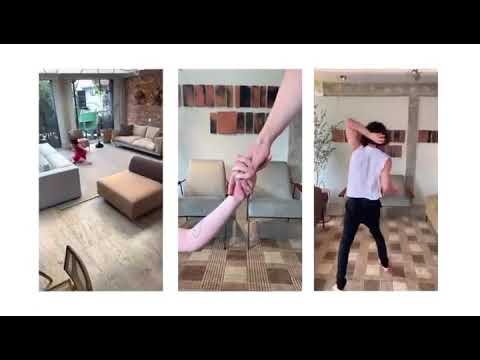 I’m Heinrich Oliveira an educator, dancer and circus artist. My focus is on the multiplicity of artistic work, seeking to reconcile the practices of dance, theater and circus.

I started my circus studies in 2011, practicing aerial silk and aerial hoop. In 2015 I began training duo and solo acrobatics, later on specializing in hand balance, having also trained mini trampoline and acrobatic trampoline, in addition to studying theatrical improvisation. In 2016, I started my research on static trapeze and my independent studies of juggling. As of 2017, I began to delve into dance and scenic improvisation.

I’m a member of Cia Gume a group of scenic improvisation directed by sign codes, conducted by Daniel Carrera

Here’s two links to a dance-and-juggling duo I made with Isadora Prata, called Tempo de Estar em Casa (Time to Be at Home):

Hello dancers!! We have only 2 more days for submissions!!
thank you @LulucaL , @isadora_prata and @Oli_hein for your submissions!!

@fly and I, we are working on the sounds, and feeling inspired to build this event!!

hello dancers!!
this is our last day for submissions
tomorrow we will come here to announce our following steps! the audios are almost ready, and we are curious about how it will resonate on your bodies and imagination!
see you soooooonnnn

we are now uploading the audios to dropbox, so you can listen to all, and then start producing the videos
maybe we can create a group in whatsapp to easy our communication, and also to give you the instructions about the video registers.

keep in charge!
many greetings for you all

Yeaaaahs, very happy to be together again in this beautiful project!