[Proposal] Land to Empire Game on Near Protocol

Land to Empire is a play-to-earn mobile ready strategy game on Near Protocol.

The game is set in a fantasy world where the player is the lord of the land. In LandtoEmpire, players have to upgrade their land using resources gained from attacking other players’ lands or producing them on their land. To attack, players train different types of troops using resources. The main resources are gold and elixir. Players can unite into clans, which can then participate in clan battles, and communicate with each other. 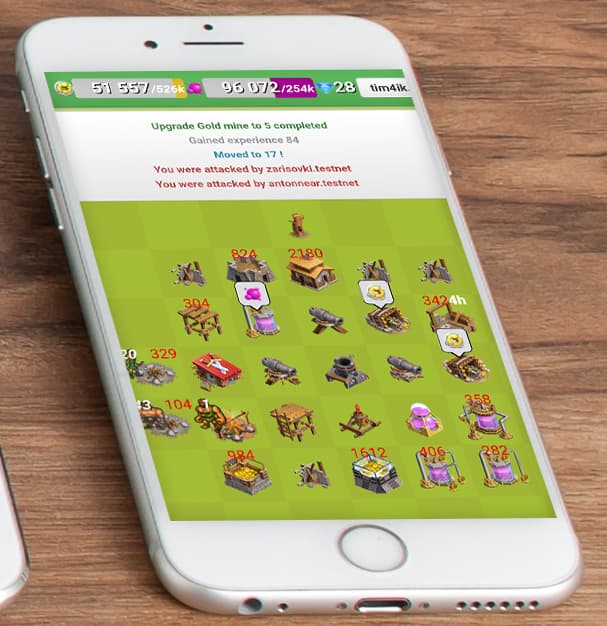 Play to Earn
The gamer can take buildings from the game to the marketplace in order to earn money from their NFT sale. The buyer can enter the purchased asset into the game and continue to use its properties, as well as to pump levels.

Gameplay
LandtoEmpire is a multiplayer game in which players create communities called clans, train troops, and attack other players to earn resources.

Game tokens.
Gold and elixir can be used to build and upgrade defences and traps that protect a player’s village from attacks by other players, as well as to build and upgrade buildings. Elixir used to train and upgrade troops and spells. Gems are a premium token.
Every owned in game token gamer can sell on DEX’s.

Game economy
The team’s income is made up of commission from token withdrawals and royalties from the sale of NFTs.

Actually game is launched on testnet Near and has over 3"000 game testers on board (40% played from mobile), 1"500 twitter followers, REF.Finance used as game tokens exchange, NFT marketplace Parnas.id integration in progress.

THE GAME FROM FANS FOR FANS

Does this have funding already? Are you being supported by the Human Guild?

We are collaboration with Human Guild, they help us a lot with contacts and advises. We have not received any fundings yet.

We are collaboration with Human Guild, they help us a lot with contacts and advises. We have not received any fundings yet.

After 1000 Golds Airdrop, so many people asked us.
The questiones was like that:
What is that Coin?
How can we play?
How can I get this Gold?
Also, so many people thinked that this airdrop is a scam. We have to too much work to tell these people meaning of Gold.

@doganalpaslan made Near Planet for the Turkish community (maybe you know). I may write an article (resources) in Turkish about Land to Empire next month.
I’m playing this game too.
remziemrekahveci.near If you see this nickname, don’t attack

.
My suggestion is if you do the 2nd airdrop (you can send elixir to all wallets). As with the first airdrop, it will be of interest to everyone.
Good luck to you all guys.

. I may write an article (resources) in Turkish about Land to Empire next month.

We also wrote couple articles and produced a video This is just amazing!

. After all, the purpose is to help each other to grow the proposed ideas and the community, so I invite you to see the publication 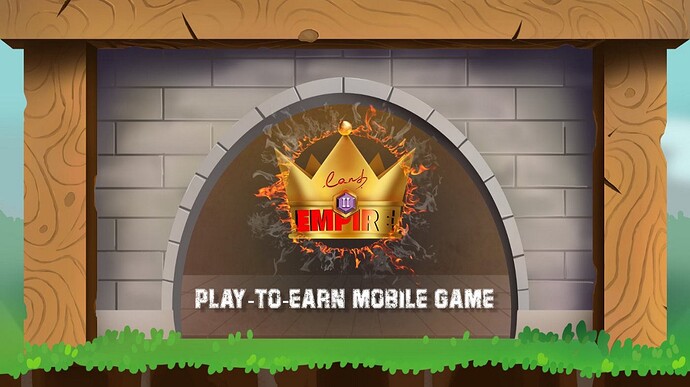 here is the 1/2 article.
Second article will about Premium Land and Ref Finance&LandToEmpire.

here is the 1/2 article.
Second article will about Premium Land and Ref Finance&LandToEmpire.