Originally announced in August (ICYMI: Introducing: Silicon Testers. We are pleased to introduce Silicon… | by Silicon Craftsmen | Aug, 2021 | Medium) - The Silicon Testers program acts as a matchmaking that connects projects building on NEAR to users who want to try out new features / products / updates in order to provide feedback and identify bugs that would help improve the overall product.

That said, we’re excited to be organizing our first user testing with AstroDAO. We’re looking to get this started as soon as possible so we’re inviting members of the community to come and take part in this opportunity.

PS: There would be rewards^ for participants that successfully completes all the user testing tasks.

I have been waiting for this moment! Thank you for putting this program together and launching it. I would love to learn the feedback that user will share on our AstroDAO and all the awesome web3 apps built on NEAR.

Would be great to have a DAO for the “Palmeros de Chacao” a Cultural Heritage of Humanity (UNESCO). That will be my gift for them, I am teaching them how to manage their funds and telling them about NEAR and DAOs.

@grace surely you know about them. 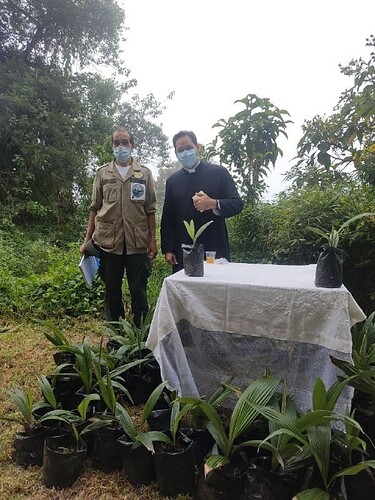 image600×800 80.2 KB
Here is Richard Delgado, the leader of the Palmeros with a Priest doing the blessing, later we go and plant those Palms there in the Avila (Waraira Repano) mountain. These Palms growth +2000 meters above sea level in the Caribean.

I am the photographer.