Monthly active developer continued to increase to a historical new high of 800. This is a direct result of the hackathon and showing that more and and more developers are actively developing and engaging.

From the referral source breakdown, we can see that google ranked first with undefined followed, and ref.finance and skyward ranked the 3rd and 4th. This shows that the impact of DeFi on NEAR was one of the main reasons for the account creation growth and also that people know NEAR’s name here and there to search for NEAR wallet. 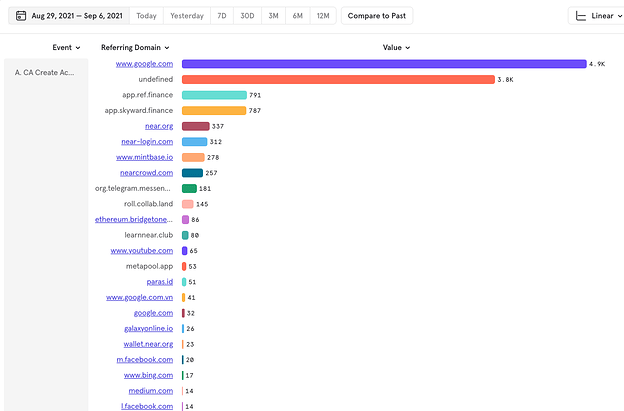 From the breakdown, we can see that nearcrowd, near contract, paras, ref.finance, skyward, and bridge contributed most of the transactions throughout the week. This is another evidence of the active DeFi market on NEAR. 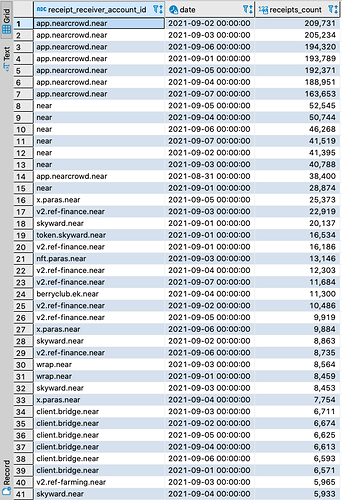 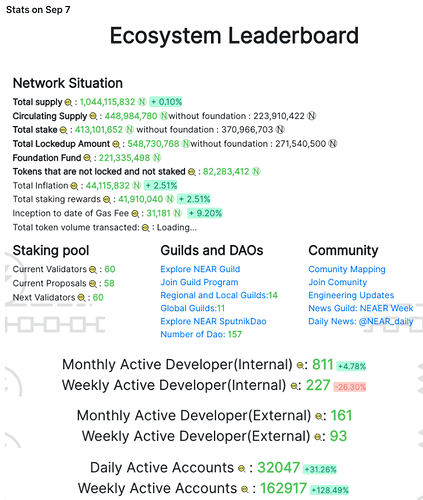 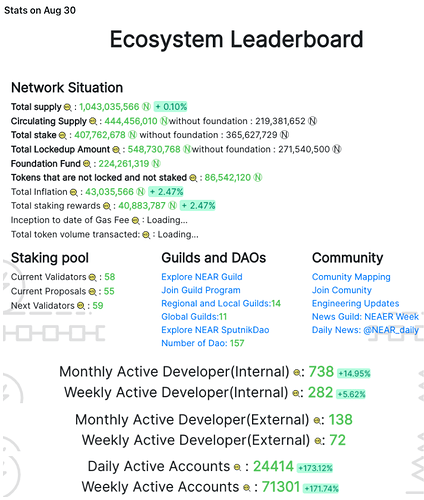 New developers continued to come in everyday, having slight decrease from the start of the hackathon.

Weekly active developer and dev-deploy/deploy rose to the level of 300 and 175 respectively, a new high in the recent months, another strong indicator of the active development activities. 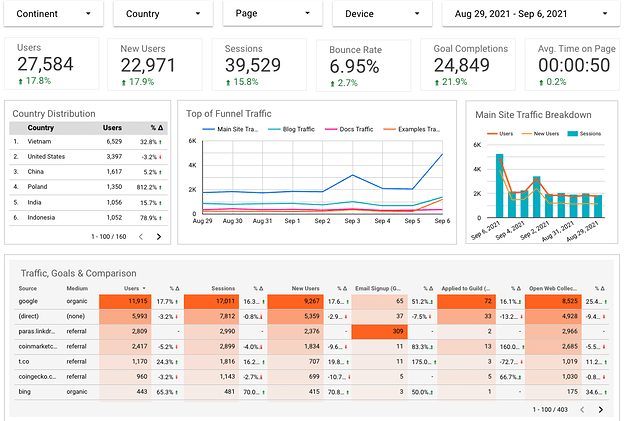 Overall, the traffic had another increase last week with around 20% increase compared to previous week.

From country breakdown, we can see that traffic from Poland experienced a 812% increase in the previous week, huge props to the Guild in the area and the team working on promoting NEAR in the area.

From the source breakdown, we can see that Paras Linkdrop campaign resulted in ranking as the 3rd in referral source last week, showing that the campaign was successful in getting people’s attention and directing them to near.org.

In addition, the traffic from search engine, google and bing both increased by a large amount of users and percentages, showing that people are again searching for near and got to our landing page.

However, with the traffic from coinmarketcap and coingecko decreased comparatively, we can say that token interest driven visitors was not as large as a component in last week’s traffic, however, considering the increase of NEAR price, the influence can definitely be very considerable.

NEAR price increased to historical high recently to over $7.

From the referral source breakdown, we can see that google ranked first with undefined followed, and ref.finance and skyward ranked the 3rd and 4th. This shows that the impact of DeFi on NEAR was one of the main reasons for the account creation growth

How do we conclude that the traffic coming from google.com is due to DeFi?

Thank you for the question.
We have searched google trends in understanding what people search when they find NEAR, and most of them directly searches the NEAR name, so the possibility here is from recent events and news, which are hackathon, price, and DeFi. We are in the process of setup more detailed google search keyword data.
What I mentioned above on the impact of DeFi on NEAR is based on these following reasons:

There are definitely some data gaps currently that we are trying to fix, and news and information are very scattered, therefore, the conclusions are drawn from both looking at the data and experiences of looking at historical data. So we definitely welcome more discussions and thoughts.