Monthly Active Developer continued to increase, getting closer and closer to 1000, similar to previous weeks and trends as an indicator of the engagement brought by the hackathon.

However, it is necessary to review the retention after certain period of time to see if these wave of developers stayed in the system and continued to develop, and eventually launched contracts on mainnet.

Daily new accounts came down to the level around 5000 in the last week after the new coinop deployed and some procedures taken to prevent scams. However, this does not means all previous hypes of account creations are all from spams, the decrease last week also associates with the passing of market hype of NEAR token as a result of the decrease in NEAR price as well as the finishing of the hackathon.

From the breakdown below, we can see that the undefined source was still the largest for accounts arrived at wallet.near.org. However, we can see that telegram directed traffic increased hugely, surpassing goole traffic, showing some community activities in telegram is successfully bringing more participants in the ecosystem.

In addition, skyward and ref also continued to be the key account creation driver, showcasing the vibrant DeFi landscape in NEAR ecosystem. 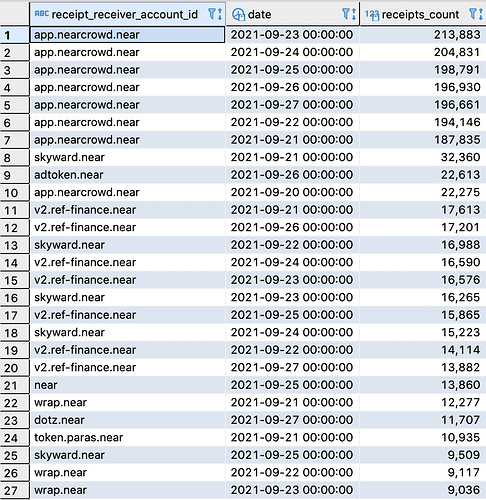 Daily transactions last week was stable at an average level of 285k.

From the contracts breakdown, we can see that adtoken.near came up on the top in the list with its recent airdrop event. In addition, dotz.near also appeared on the list for the first time, it is a positive sign to see more and more contracts appear on the page. 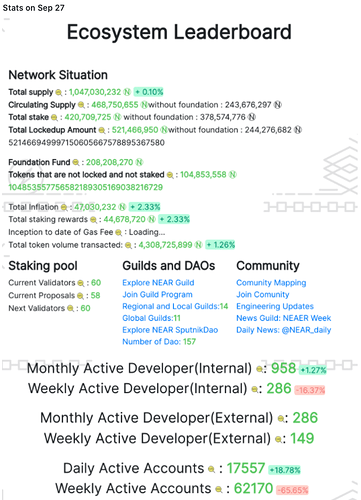 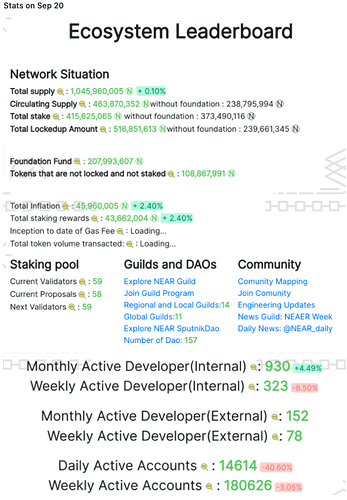 The new developers who tried out CLI for the first time increased on 23rd, most likely a result of the validator AMA and the introduction of the sharded network and roadmap. There is also another spike on 26th, which could require some more stats to analyze the potential reason for the spike.

Weekly active developer and dev-deploy/deploy started to show decrease in trend with the hackathon ends. This is a faster indicator than MAD since this is a weekly metric, thus we can also use it to better predict the trend of our MAD that will also face a decrease in the near future also as a result of the ending of hackathon. 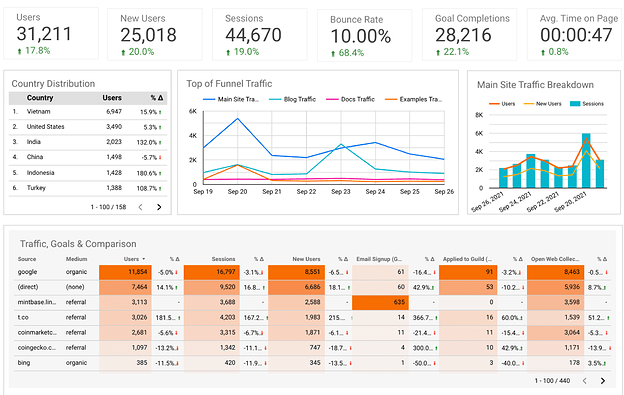 From the country breakdown, we can see that South Asia is contributes to most of the traffic to the site with Vietnam, India and Indonesia leading the way, however, we also see Turkey on the list with a 100% increase in traffic, showing the Turkish NEAR community is growing in a fast speed and the recent campaign, if any, is successful.

NEAR price experienced some up and downs last week and is reacting in the same way as the market overall from the recent crypto news and regulations updates.