Objective: The main objective of this project is to record tutorial videos in Portuguese t be posted on the Gambiarra Youtube channel, teaching how to open a near wallet, how to mint, sell and buy an NFT in the Gambiarra store in Mintbase

Justification (benefits): The relevance of this project is precisely to make easier to onboard Brazilian artists in Gambiarra at Mintbase platform. This is the first iniciative of this kind in Portuguese language, focusing the Brazilian (and also Portuguese) artists that intend to onboard and join the Gambiarra store in Mintbase.

This proposal is important, especially considering the ongoing approved proposal of onboarding at least 50 artists to the Gambiarra store ([APPROVED] Onboarding women and trans Brazilian artists - #7 by marianeu , in order to participate at the FEMINU Exhibition (Feminine NFTs Universe Exhibition) in March 8th – March 22th.

It is also important because there are at least 50 artists to be onboarded to mint and participate of the FEMINU Exhibition and they need to know how to open their wallets, mint and sell artworks, but also, there is a huge general educational interesting for many other Brazilian and Portuguese artists who will learn how to do it. Another important issue is to promote the Gambiarra store because the videos will be posted on the Gambiarra YouTube channel.

Project: In order to fulfill the objective, three tutorial videos will be recorded in Portuguese language, containing the following basic instructions:

450 usd in near/dai to be paid for me in the wallet itemized above, after the coordination, production and recording of the three videos.
50 usd for edition.

Budget
Total: 500 USD in near/dai. [milestone: to finish the production, recording and editing of the three Portuguese language tutorial videos, so they are ready to be released on YouTube Gambiarra channel in February 7th]

Artistic name: Ghini
Traditional, digital and NFT Artist, curator and poet
NFT’s exhibitions in New York (NFT.NYC 22), Art Basel Miami Week 22, Cryptovoxels Metaverse and physical artworks exhibited in Museums in Germany, Switzerland, Israel, Korea and Lithuania. Ghini was one of the curators of BrazucasNFT, a huge Brazilian NFT artists exhibition in Museu.xyz and this year will publish her first book of poems.

Total: 500 USD in near/dai. [milestone: to finish the production, recording and editing of the three Portuguese language tutorial videos, so they are ready to be released on YouTube Gambiarra channel in February 7th]

If this one does not get funded through the creatives, i invite you to post this proposal on this bounty [Bounty] Create a Video for Mintbase

But for mintbase to finance it, it would be cool if you mention in the video that you can also create your own smart contract Etc Etc Etc

Yes, for the 3 vídeos. Thanks a lot for the offer @marianeu . If it’s not approved I will do as you say.

Hi, @tabear! I saw the videos. The wallet is the only one to have the same topic but I intend to do it with more detais. Thanks for the information.

Three videos were recorded as planned:

1.Como abrir uma carteira da Near (How to create a Near wallet)
https://youtu.be/Lb773vhzmys

This proposal is being quite helpful for the onboarding process (still in progress) of artists in order to participate at the FEMINU Exhibition (Feminine NFTs Universe Exhibition) in March 8th – March 22 th, considering the received feedback from the artists and specially considering the high number of onboarded artists in few days - 35 in 9 days !!!

All the videos were uploaded in two different accounts, Gambiarra’s Youtube and mine. I will refer in this report, to the summed metrics. The photos of the analytics are attached below.

500 usd in near for the coordination, production, recording and edition of the three tutorial videos.

Updated Project Timeline:
The edition of the 3rd video and project completion occurred in February 8th, a day after the project timeline but it did not delay the onboarding process, that is still in progress.

The video 1 (Como abrir uma carteira da Near) has the lower metric (56 views in 13 days) because Mintbase send airdrops to opening the wallets, so the process to these onboarding artists changed. This way I had to improvised a 4th video and posted it instead, at the Gambiarra Discord channel to help the artists to open and receive the Mintbase incentive in a different way, but the first video was posted at Youtube as planned. The video 2 (Como montar um perfil na Mintbase) has 68 views in 12 days and the video 3 (Como mintar na Mintbase) has the incredible metric of 58 views in 5 days.

Next Steps:
I intend to make an extra video for helping moving the Near from and to the wallet, as soon as the FEMINU onboarding process finishes as a bonus to this tutorial videos project to be posted in the YouTube’s Gambiarra playlist together with the others. 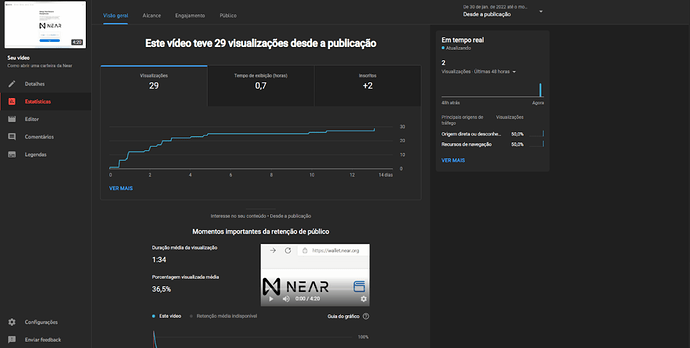 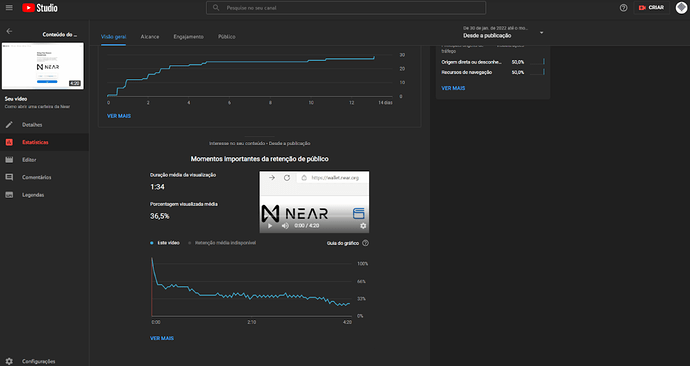 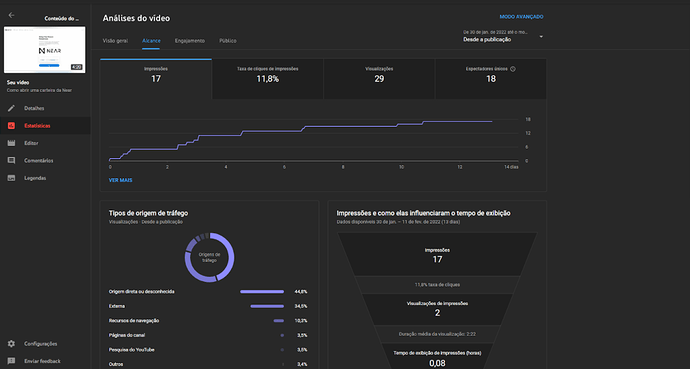 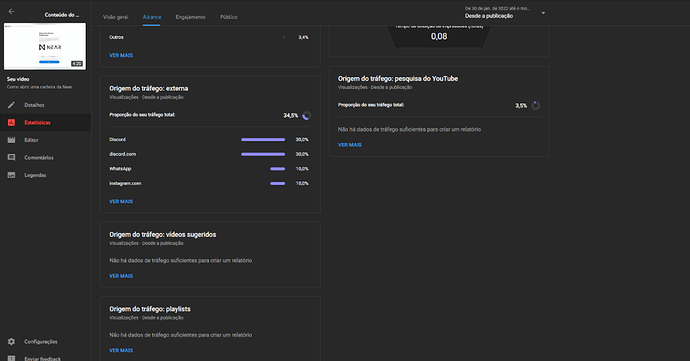 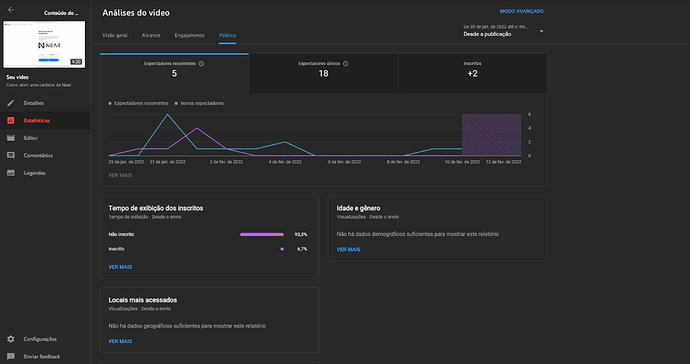 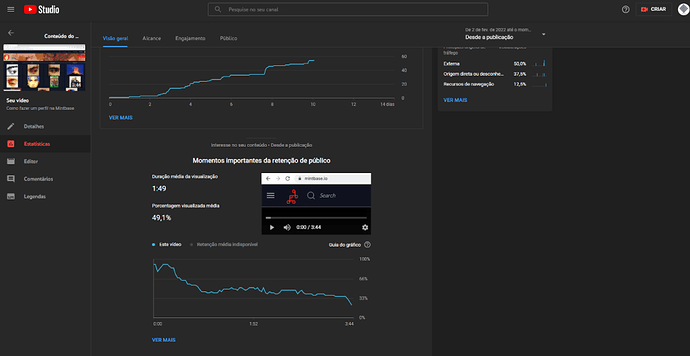 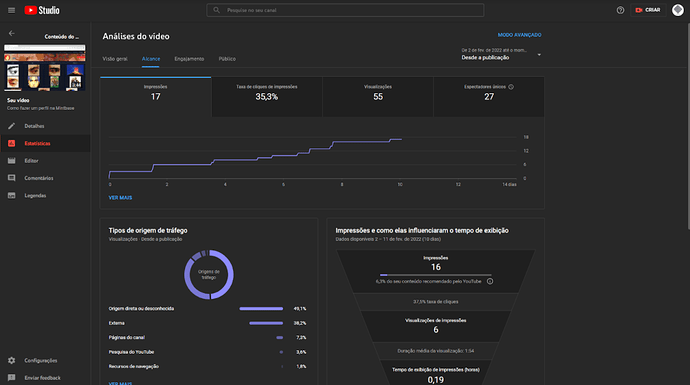 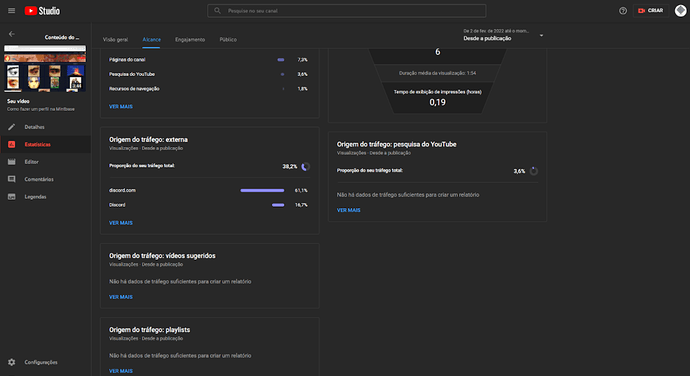 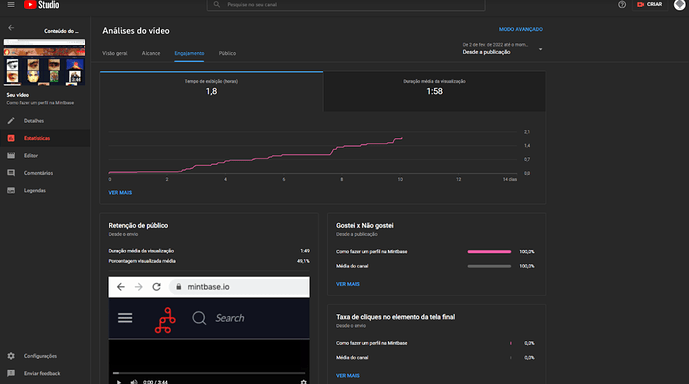 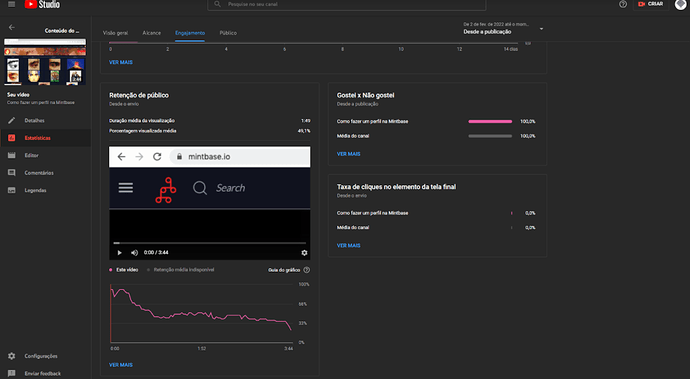 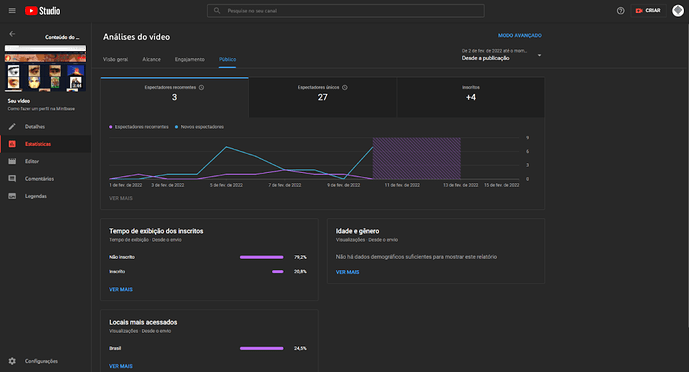 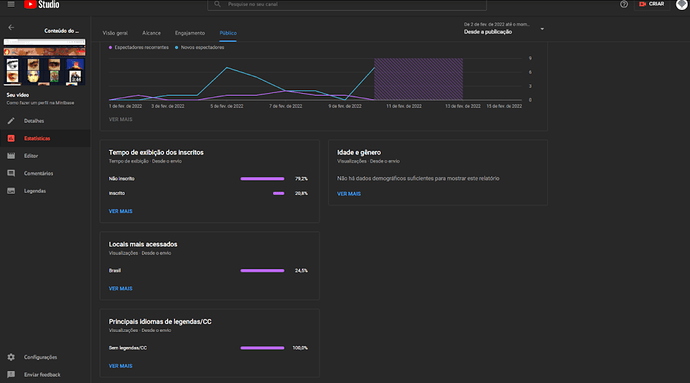 Congrats for your successful project, @Ghini. Letting @filmesdeinfiltracao and @Dazo, council members from Gambiarra DAO, know about it. You can make a payout proposal on astrodao of 41.80 Near.

Thank you so much @thephilosopher for you support and Gambiarra’s support for this important project.

thaks a lot @Dazo ! I missed this message. Sorry!