Open Web Academy has been piloting NEAR certified bootcamps, and its members have worked for the past year on NEAR Protocol education projects and now wants to scale with recruiting web 3.0 enthusiasts and builders by creating face-to-face development groups.

This document proposes the conceptualization, planning and execution of a two-day workshop in Hacker House format to promote the development of the NEAR ecosystem in México with Javascript.

Organize and implement the logistics of a Hacker House type event in Nuevo Vallarta Mexico, where native web 2.0 developers adopt decentralized technologies through introductory talks, bootcamps on the development of smart contracts in the NEAR Protocol and a hackathon for the creation of Dapps in NEAR.

Transform traditional web development groups into web 3.0 developers for the growth of the blockchain ecosystem and specifically the NEAR Protocol in LATAM.

Location of the Technological University of Bahía de Banderas (UTBB). (view on Maps)

The UTBB is characterized by being a university on the edge of the beach and having an open mind regarding new technologies, this is confirmed by agreeing to be our partner for this event. In addition, it has a strategic geographical point, since it is located in the middle of two tourist cities in Mexico.

Introductory talk to the Web 3.0 world and the NEAR ecosystem, creation of NEAR wallets, transfer of commemorative NFTs and coworking with the hacker community.

Crypto talks by national and international speakers, workshops given by certified NEAR instructors and tools for the full stack development of Dapps in the NEAR Protocol.

Time trial contest to develop the best blockchain solution on the NEAR network with the support of expert mentors and instructors in Web 3.0 with prizes in tokens for the best projects. 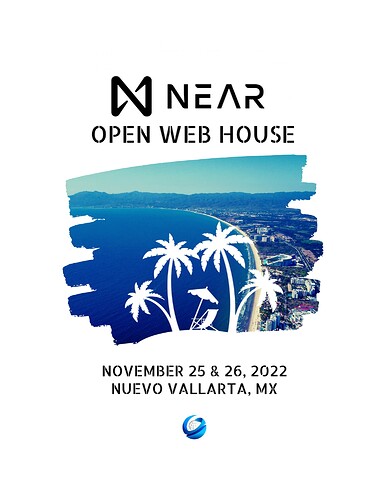 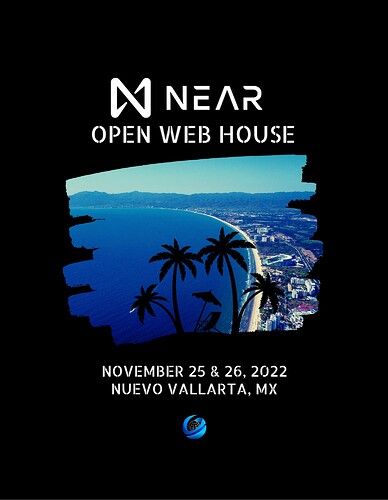 This will be amazing, I think we can teach a lot of things about NEAR and more with the lastest launchment, ¡the SDK for Javascript!

The post was updated to detail the activities of the two days and adjust two prices.

Hi @irvingcong thanks for a well written proposal.

I am happy to support what looks like a well organised event. If approved, please remember to post a Report with photos of the event.

Sounds interesting and definitely something that stands out a bit more these days. Thank you for the thorough detail in your outline. You have my support.

Thanks for this proposal,

I am very excited to support this proposal noting that:

Moving this proposal to approved. You can proceed with creating a poll on AstroDAO. Once the poll has been formally approved, you need to submit Request for Payment to NEAR Foundation using this form

Thank you for accepting the proposal, without a doubt we will take into account the advice that @satojandro has given us.
Soon I will start with the next part of the process.

Wait for the publication of our results in the future, greetings