A multiplayer 3D battler game for mobile devices in the unique setting of the bear world and frost punk. Gameplay with an emphasis on combinatorics - players must assemble a team of 198 unique characters from 6 classes from 11 clans. This is the first in a series of games with a single WEB3 economy and NFT characters in the Bearverse universe

Our mission is to help 93 million web 2.0 players across NA & EU to learn more about web 3.0 concepts through the vast gameplay experience, deep lore & financial education. Based on a deep market analysis.

We are building a community on Discord and Twitter; over the past two months, we have achieved the following results: 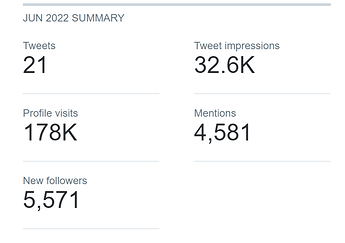 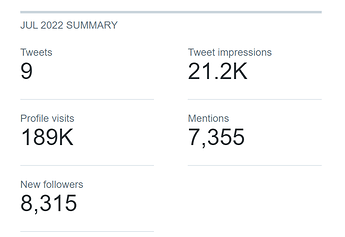 Today we have more than 15 thousand subscribers, and the growth of this metric is associated with the emergence of interest in our project from both players and investors.
At the same time, we keep Twitter’s high ER metrics; for example, here are Twitter’s ER metrics for the one of latest posts (at the time of reporting): 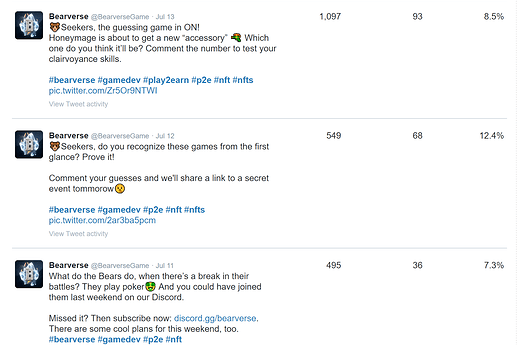 As you can see in the graphs above, we maintain communication with our subscribers at a high level, by implementing many programs on our server: social quests, an ambassadorship with other projects, regular events, and various engaging mechanics.

To fully immerse players in the gameplay and attract even more audience, we launched the Discord Game Bot (The Last Winter), which is dedicated to our game and has a wide range of features.

We are counting on it to help us DOUBLE the retention rate, which is currently 17%.

What will we do to achieve these goals:

As a top project at NEAR, we will draw attention to the blockchain and make it recognizable, and due to the massiveness and the value that we convey to our subscribers, we will bring new users to the ecosystem.

For example: at our own expense, as part of attracting an audience outside the NEAR ecosystem, we received 250+ WhiteList registrations of NEAR wallets.
Questions on our Discord server constantly pop up: what blockchain will the game be on, Solana or ETH? After answering the question, the person registers on the Whitelist.
This leads us to assume that the wallets were newly registered with a high degree of probability.

Based on the unit economics of the marketing department, the cost of one such registration is ~$8.
Thus, we expect to attract about 800 new users to the NEAR ecosystem for the funds specified above.

Hey guys – thanks for the proposal. I hear good things about the Bearverse community – can you let me know what your plan is for the PR? What will you be putting out on the press releases/wire services you listed?

Good evening; thank you for your proposal and develop a great game. Happy to support.

Hi! Thank you for your kind words about our community. We try to bring the most value to players and NEAR users.
Our main goal is to widespread the information about new products and opportunities GameFi segment brings to the players through PR media taking as an example game mechanics we develop in Bearverse.

Based on our analytics, we plan to publish the following articles:

Bring on Gaming on NEAR

Happy to support this proposal. Don’t hesitate to reach out if you need any help of have questions regarding go to market strategy, communications, etc.

Looking forward to seeing big things here. You have my support.

You can now proceed to Poll on AstroDAO. Once the poll is approved, you need to submit THIS form Ironclad (Ironclad).