The “AI vs Human” Symphony

This is a collaborative project to produce a generative music soundtrack from the 1996 & 1997 series of six game chess matches between the IBM supercomputer Deep Blue and reigning world champion Garry Kasparov.

Stage 1: 10 NEAR
Outline the methodology for generating rhythm and pitch from a series of chess moves.
This will take the form of a document detailing how the elements of the soundtrack will be auto-generated from the gameplay using a set of pre-determined rules.

Stage 2: 20 NEAR
Produce a prototype soundtrack generated using the recorded moves from Game 6 of the 1997 rematch between Deep Blue and Kasparov. Game 6 is the shortest game - 20 moves - and was the ultimately deciding game following Kasparov’s resignation.
At this stage the soundtrack would be a simple piano version from Sibelius.

Stage 3. 30 NEAR
Produce an MP4 of the Game 6 music and gameplay, synching the music and game moves together.
At this stage, the visual aspect of the video will be rendered using simple chess gameplay software. The music will be an enhanced synthesizer version of the soundtrack produced in a DAW. (Ableton).

If the project is successful, the plan would be to recreate all 12 games from the Deep Blue vs Kasparov matches using the same methodology, and to release them all as NFT’s on Mintbase.

This project has been approved. Please add to this thread as needed with project progress and use this thread link in each payout proposal you make to the Createbase SputnikDAO.

Hi Thanks for that. The methodology has been worked out, and it’ll be interesting to see what it produces on its own!

The musical and chess brain behind this project is @FQMusic who is a jazz musician / arranger / band leader… and chess player…living in Leeds.

First phase will be uploaded mid-week.

Hey Chloe.
Well…the principle definitely works…as we have the data in sibelius now and it has output some music.
thnx
D

Part 2: We plotted all the data for each piece moved during the game, transcribed it and imported it into Sibelius to create a piano version of the music.
it came out nicely, and with a bit of thinking about instrumentation / arrangement…we might have something pretty nice here…
can’t attach it as an MP3 or WAV…will have a think where to post it and link back

Ok, so Part 3 has been completed…and we have a video that combines the chess moves on a simulator with a synthesizer track.
I’m going to upload it to youtube, then embed it on the same page as the music [above].

PART Three has just been uploaded to YouTube, and the page on my site: 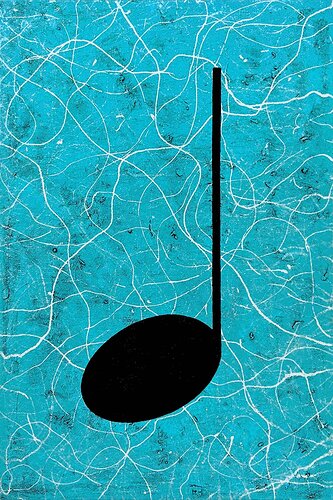 A repository of the assets produced in various stages of the "AI vs HUMAN Symphony" generative chess music project by FQMusic.

Listen in stereo if you can !

Ok, so here it is: PART 4 - The first release of Chess Music with added 8-Bit Video Game visuals to juxtapose the AI future with the past… 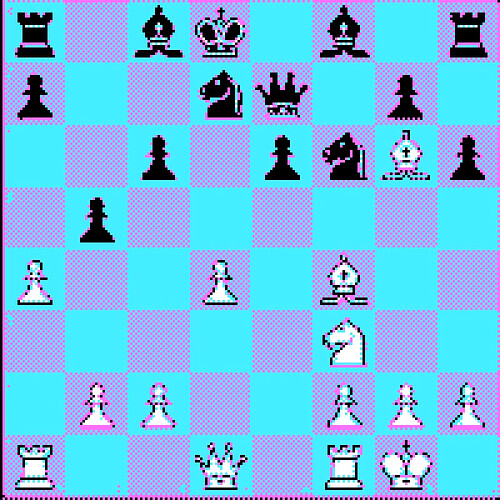 "AI vs HUMAN" is a generative music project that translates the gameplay of a given chess game into a music soundtrack. This single edition 1/1 video NFT features the gameplay from the decisive Game 6 in the 1987 rematch between the IBM...

Actually, looks like im going to have to rejig it a bit again…as the first frame is black…and that’s how it shows up on MB…

Done - Here is the new mint and link to it

will edit the one above too:

"AI vs HUMAN" is a generative music project that translates the gameplay of a given chess game into a music soundtrack. This single edition 1/1 video NFT features the gameplay from the decisive Game 6 in the 1987 rematch between the IBM...

so cool! Love how the finished product turned out!

thnx Chloe - yeah think we will definitely do more…