Spirityut report: [hope for the future bounty for september 2022]

Humble greetings to the NEAR Foundation!

One of the goals we aimed to achieve for the month of September was To Encourage/Empower community members so as to give value to their ideas as well as their craft.

We worked towards this goal by launching a bounty titled: HOPE FOR THE FUTURE.

Our first-ever bounty was launched on 21st September 2022. A total of 14 creatives participated in the bounty. 9 were musicians while 5 were graphic artists, the deadline for submission was fixed for 20th October 2022. On the 21st of October, the winners were announced! For the music category, we had TOBI PARADISE as the ultimate winner, while HYDRIZ and CRUISE CONTROL emerged as second and third position respectively. For the graphic art category, we had FRANK FORD emerge as the ultimate winner, while ARKIEL ARTS and HEPHZIBAH LIGHT emerged as second and third position respectively. The winners for the Music category were awarded $80 each, while for the graphic art category they were awarded $30 each. A short music video of the bounty winners was recorded and edited by TBB. We shall be minting the first entries from the Music and Graphic Art category, which would be promoted along with the video on all our social platforms. 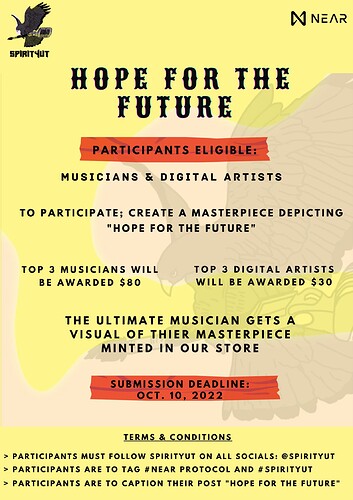 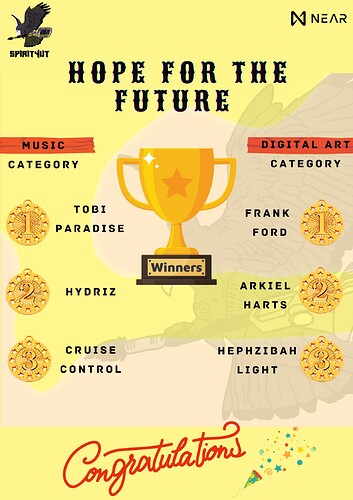 Link to the VIDEO 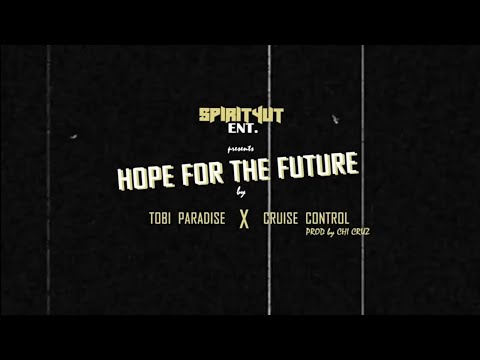