In December we had four AMA sessions on Twitter Spaces! (VanDAO, NEAR NFT Club, AstroDAO and Mintbase)

First AMA was held on the 5th of December with @naveen_in from NEAR NFT Club, where we spoke about the NFT Club’s activities and actions, the future of NFTs, how they’re helping artists to promote their art via various streams based on their KPIs and more! More than 26 people joined the spaces with the Onboarding DAO! 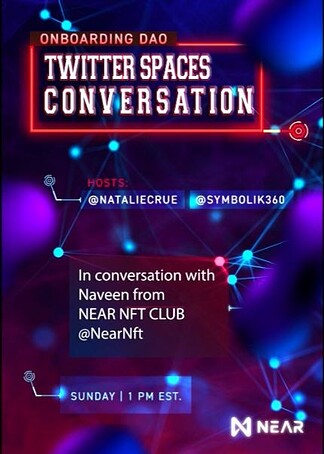 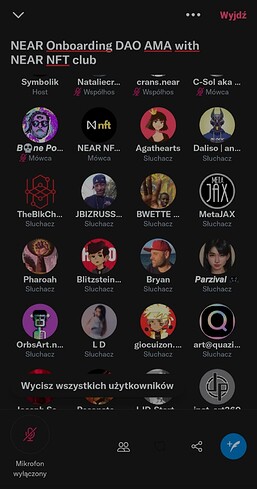 Second AMA was held on the 12th of December with Mintbase, however we can’t treat this AMA as a successful one, because of the small misunderstanding between the Onboarding DAO and the Mintbase in terms of time, showing up 45 minutes late, therefore the actual AMA was only for 15 minutes. As such things happen, we need to do one more AMA with the Mintabse team in the near future, as it’s a value added content for our space.

See the screenshot from promo artwork used for promotional purposes: 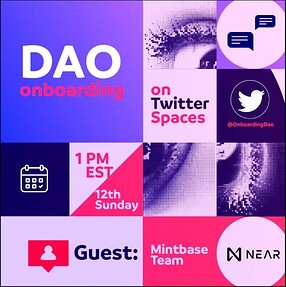 Third AMA was held on the 28th of December with @starpause representing AstroDAO. We spoke about the AstroDAO ecosystem, implemented and upcoming features, how to start a DAO and what real DAO is. We received a lot of questions in terms of the setting up of a new DAO and the governance itself. AMA with the AstroDAO was the most successful so far as 114 people joined to the spaces with the Onboarding DAO! 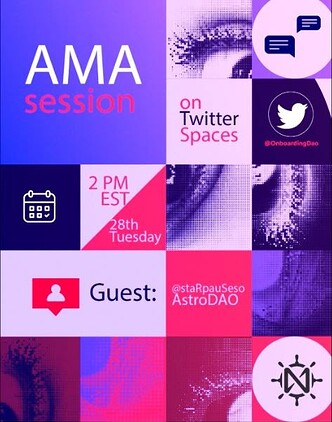 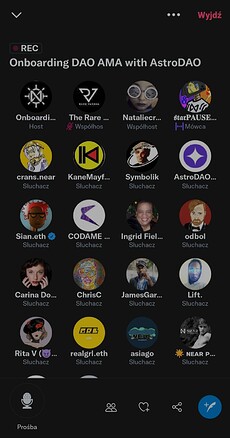 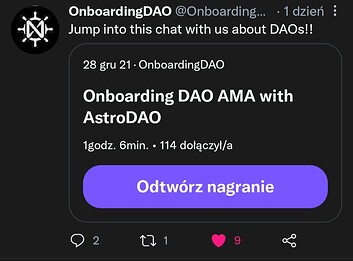 Fourth AMA was held on 29th of December with @vandal representing VanDAO. We spoke about the origin of the VanDAO and upcoming collaborations with other DAOs. Apart of VanDAO itself, the conversation was around new technologies in music releases, DAOs and communities who are music focused in web3 - their origin and their actions. 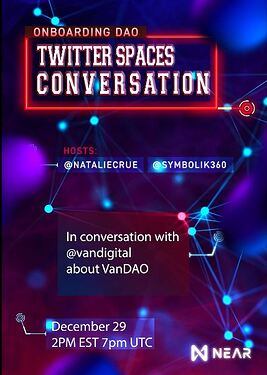 We are looking forward to continuing Twitter Spaces conversation series in which we discuss NEAR’s Guilds, DAOs and communities. The value of the content delivered, NEAR brand recognition and community networking opportunities are apparent and abundant through this channel.

Thanks for your support, more are going to come!
Paul