This is a proposal for the collaborative project ‘Back Home’

nillynoon has his debut album very much in the makings with a release date planned later in the year. There is 3 single releases planned for the album. The 1st single is called ‘Back Home’.

The album is to be a collaborative piece. Featuring friends found and made in Portugal as well as friends and family from nillynoon’s hometown.

The track ‘Back Home’ is inspired by moving, in particular moving back to where came from, back home. After moving from Lisboa back to Ireland this track and the others for the album arose from the first few weeks of settling back into a familiar place, you call home. After coming from another place, you also call home.

The single ‘Back Home’ is a collaborative piece. The main production comes from nillynoon himself, the vocals feature his sister, and there is to be instrumental features by musician, producer and collaborator Bom Beijo. He is to add his flavour to the track, bringing his musicianship to elevate to sound. Bom Beijo will also be doing the mixdown of the track. Applying a different skill set he has built up overtime and through his own recent releases. Finally the last collaborator on this project will be the mastering technician. They will give the track its final polish and make sure it is sounding its best.

Hello! This is Martin, aka, Bom Beijo. Just wanted to give an update on the project.

Its going really well and i dont have much left until its coming to an end!

So far i mixed the song, added in some instrumentation and edited some things in and out.

I Still have a few more layers to add as well as glueing everything together.

Will get back when the project is finnished.

Just an update for this project. Been some small delays, but the track is still in mixing stage, it’s planned to be sent to the mastering engineer at the end of May!

It’s sounding good so far though! And we’re all excited to hear the final result.

The Mastering engineer is Francesco working out of Milan. Awesome work: 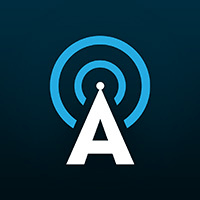 So the track has been completed and mastered! Everyone did such an amazing job and it is sounding amazing!

It was such a great collaborative project to be involved in. The single is now in planning stages for its release.

A preview snippet of the finished mastered track can be heard here: