[PROPOSAL] Music Video for 'Where Polarities Collides' by BomBeijo

After the success and great response to the ‘Sentient’ video, I’d like to do a proposal for a video for BomBeijo next and final single before his album release. The video would act as a part 2 of Sentient. Using similar animation techniques and featuring another track from producer BomBeijo.

The track is called ‘Where Polarities Collides’ and is set for release on the 22nd April. It is a fast paced track, with rumbling Drum n’ Bass sections, while also containing atmospheric and euphoric parts and build ups. It a dancefloor filler and a mindscape inducer.

The visual are to use hand drawn, photographic and stop motion animation techniques, as well as weaving camcorder footage in and out of the video.

The visual will represent, nightlife, escape, euphoric moments and release from the mundane through music. BomBeijo’s track ‘Where Polarities Collides’ is one to remember, and will make a beautiful statement paired alongside visuals.

nillynoon.near - visual artist who will create the visuals and NFTs. He will also be shooting and editing the music video.
larrelito.near - Bom Beijo is the musician, producer and creator of the track.
gardencollective.near - management and support for release of the single

You can see the first part ‘Sentient’ supported by Nxm here: And the NFT series here:
https://www.mintbase.io/thing/u3Svkwm2qNW0p2oeMbLQwaBf1ShICA6S_2gVbC1fdRQ:nxm.mintbase1.near

A music video is to be created for the single.

An NFT series is to be made from snippets taken from the video. Cutting up clips of animations from the video and using loops from the track to create a series. The series would 3-5 of these little snippets working as a stand alone NFT series.

Hello! This is an application for the “NxM Projects” funding category for February 2022. It is a proposal to create a music video and NFT series to mark the release of Lisbon based artist BomBeijo’s second single from his upcoming album “Mills Tone” in collaboration with Garden Collective. The single is set for release on March 11th and is called “Sentient”. People involved: Profile - Larrelito - NEAR Forum - Musician and creator of the track nillynoon.near - visual artist who will create …

Hey @nillynoon
Please be informed that your proposal has been approved!

Feel free to request 50% of the requested funds to NxM.

We are implementing a new process of NxM membership via NEAR Guilds App, please join there, as stated wallets there will have privilege to request funding from NxM.

In order to join, please do the following steps:

Also, feel free to leave your feedback here, when you will be doing the report, after the delivered show.

Amazing news! So excited to work and collab with NxM crew again!

Thanks again, will request soon, and send to NxM socials when ready.

So the video is done! And so is the nft series

The single is coming out this Friday. I’ll send the nft series, with cover images to the same email as last time!

So the track and video was released! Got a great response to it. The track is also up on Bandcamp

So happy to of collaborated with NxM again with this project 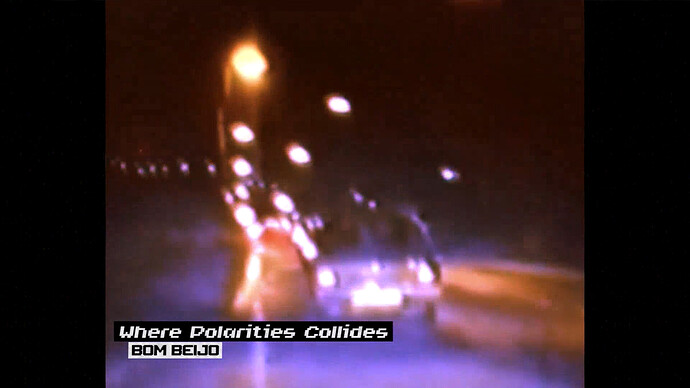 The track is called ‘Where Polarities Collides’ and is set for release on the 22nd April. It is a fast paced track, with rumbling Drum n’ Bass sections, while also containing atmospheric and euphoric parts and build ups. It a dancefloor filler and a...