NFTs and Grants by NEAR Foundation

The one simple question I’d like to put to discussion is: Why are NFT projects being given grants from the NEAR Foundation?

NFT projects are a HIGHLY risky investment in itself. I understand that Foundation’s grants do not seek to gain personal returns from project they give grants to, they do however seek to gain returns to the ecosystem itself. NFT project do not do that. Also, they are extremely simple to make and do not require high amounts of money, especially on a chain like that of NEAR.

Another prickly point is the question of the use of the funds. What exactly will an NFT project make use of, what I presume, comparatively large sums of money?

A grant was given recently to NEAR Kennel Club. Other projects including NEARNauts were also given grants.

This issue becomes an even more important discussion in the light of recent NFT rugpulls on NEAR.

My point is, grants should exclusively be given to DeFi projects only. A growing ecosystem like that of NEAR needs more and more DeFi projects to further its reach and deepen its roots as a true L1.

If you take a look at all the NFT projects that have received grants, they are all building additional tooling that benefits the entire ecosystem - such as launchpads, incubation services, analytics tools, escrow services and staking tools.

To further assuage any concerns of the risks involved with NFT projects, all grant recipients undergo a KYC procedure by the foundation, so the likelihood of these projects ‘rugging’ is very small.

Whilst DeFi is an important element of any ecosystem, the path to 1B users will likely be facilitated by projects with mass-market appeal - and traditionally, these are NFTs and games. To suggest that building out this ecosystem for users to participate in has no value to the ecosystem itself is extremely myopic and short-sighted.

they are all building additional tooling that benefits the entire ecosystem - such as launchpads, incubation services, analytics tools, escrow services and staking tools.

Yeah agreed some projects are doing really well by bringing up unique tools n utilities.
But a lot of those are sticking with same tools as u said launchpads, analytics dashboard type of tools which do already exist so not adding much of an extra value to ecosystem imo. Yeah there must be competitiveness in ecosystem but same type of tools will just overpopulate the space in future. I think grants for NFT projects be given to one’s which are actually building something unique or GameFi Projects which could bring more value to ecosystem.

I am not suggesting that NFTs do not bring value to the ecosystem, but it doesn’t equate to the value a well funded DeFi project brings.

Regarding the additional tooling, its over saturation. And my concern wasn’t that NFTs funded by NEAR will rug, but it was to reinforce the point of riskiness of betting on NFT projects.

But this all are minor problems. My major issue is with the fact of use of the funds from a grant. An NFT project is completely different from a DeFi project in the prospect of finding capital. Unlike DeFi, NFT projects usually get their funds by minting and those are large amounts most of the times. I’m not exactly sure what additional value a grant gives to the project that they already don’t have.

I think the value is in supporting a project that will establish and retain a community that in turn uses the applications and infrastructure of NEAR. The sheer growth in NEAR over the past couple months has been driven by NFT projects and with communities coming over they are beginning to see gaps and opportunities in the ecosystem. The transition to NEAR is not all that unlike when users moved from ETH to SOL and projects started spinning up ETH style defi infrastructure. You are seeing the same thing with SOL users coming over and establishing market places, launch pads, analytics tools etc. Instead of pushing back on these users we should be enabling their transition and get them connected enough to understand where the market needs are. No one thinks 20 marketplaces are a good idea but many don’t know whats currently being built.

Encourage the growth and development of all communities and projects that are driven by user demand and then educate and motivate them to build more or redirect more to the needed gaps in the space.

I really agree with you. 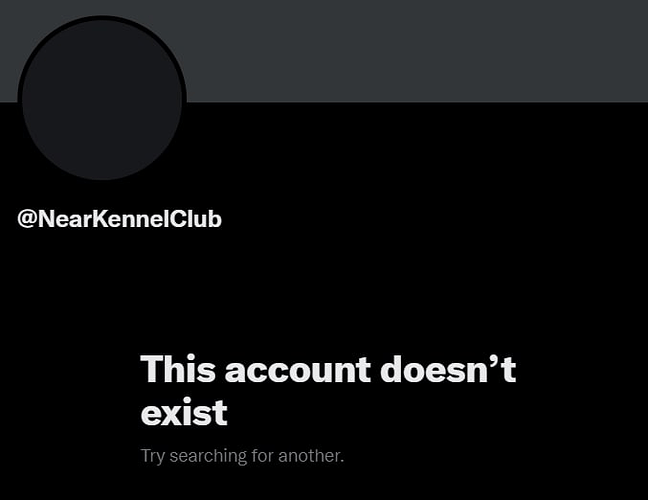 I feel I have to sustain your concern.

I participated as a consultant to onboard an Italian soccer club in a big blockchain project last year.
The project is supposed to unlock different revenue streams for the club and increase active participation and engagement with the club fans.

There are basically tokens and other digital assets and recently they will drop the NFT produced by the club for the fans with various benefits.

The business model is very different from what I saw here, and as much as the NFT can be a good tech to change some status-quo and make viable things that before were not viable.

I believe that the NFT projects proposed on the forum are low-quality, borderline scams.

I saw a proposal from someone that claims a Ph.D. in mathematics which is not present in the archive and the education is not verifiable.
Or like you enlightened the page was canceled after the grants.

What I try to say is that NFT is not a real investment, but it is a mean to something else. Claiming - Drop 200 NFTs autogenerated with AI and reselling it for a higher price will hurt the brand and the legitimacy of the business especially if it is financed by the blockchain itself and the NFT results are pretty useless [note: Avatars, Pictures of various animals etc. which will be disappearing].

On this proposition in Near, we have a competitive disadvantage because Instagram will implement the opportunity to display NFT acting as a sort of profile collection or museum completely separated from the regular Feed. [check the link]

In this case, NFT will gain a lot of traction and can be displayed on a platform with 3 billion active users.

This activity opens a lot of doors and has a lot of potentials, but unfortunately near is not part of the initials and Meta took Ethereum which is the most popular as the main blockchain.

I believe NearProtocol has a competitive advantage with the opportunity to mint with lower fees and something like this is vital.

The most important thing about an NFT is its creator.
If an NFT is officially made by somebody or something that has credibility in the real world the NFT has also value and is worth collecting.

In the case, you exposed those NFTs have 0 value because are made by unknowns. I understand that this can be a strong critique of the operations but it is undeniably true, and it should be evaluated with a lot more care.

On the other hand, creating NFT projects which in reality are very cheap especially when are lower than 5k can affiliate and show the potential.

I was thinking to onboard → www.federcombat.it which is an Italian fight association that organizes tournaments and devolves prizes.
The 10 times Italian champion is the brother of a close friend and would be a great testimonial for the adoption of the “digital trophy.”

the issue remains the implementation because even if federcombat.it would be interesting in creating a digital trophy (paired with the real trophy), it should be possible to be shown on the official profiles of the fighters on Instagram.

And currently, I don’t think I can guarantee it so I stalled the proposal.

In conclusion, the NFT has potential especially when will be widely adopted but the infrastructure should follow up too and if next year the implementation on Instagram goes live we should adapt.

Please let me know what you think.