I’m glad to present the opportunity, the space, and the newest guild in the Near Ecosystem in such an important country: NEAR Spain

As LATAM has a deep historical connection and relation with Spain, we decided to create a guild of NEAR in Spain in order to execute activities of values within the Iberia region and the most wonderful country in the world.

I’ll travel again to Spain in order to establish in this beautiful country where I want to organize the guild in the first steps with the help of the new users and people that are in Spain that wants to become part of the NEAR ecosystem and community. So anyone in Spain is welcome to approach me to start working in the activities of the guild.

For this and according to @jlwaugh @jiten123321 @AnaNastya I’ll breakdown the following:

Integrate blockchain technology and the NEAR protocol in Spain since it has a business sector that is highly developed and has a high degree of internationalization. Therefore, alliances with local companies offer excellent opportunities to enter other markets. In turn, foreign multinationals established in Spain are responsible for around 44.5% of Spain’s total exports to the rest of the world and are among the 10 largest exporters worldwide in the area of commercial services. Also, as an intercultural society, Spain is the main tourist destination in the world after the US, because its geostrategic importance for tourism, international trade, e-commerce and other modalities are of vital importance.

Also, to grow the NEAR community in a significant and constant way with educational, marketing and international trade projects (where a NEAR trading section will be developed as a crypto-asset of significant importance. Thus, reciprocally, helping users to be trained in everything related to NEAR, Blockchain technology and cryptocurrencies, complementing this with negotiation, writing and public speaking techniques, which can be used to resolve conflicts hand in hand with NEAR technology and the adoption of solutions based on blockchain and with NEAR in the digitization of international trade processes, seaports, airports, etc.

Create, develop and establish the NEAR community in the Kingdom of Spain; unifying the most touristic country in the world, from large commercial and cultural movements to the most prominent ecosystem in the third generation Blockchain. With the aim of prospecting professional talent in the Iberian country by moving directly to NEAR and its tools, including the Governance Forum, development projects, education and of course the NEAR wallet.

To be the quintessential guild that allows the entry of solutions based on the NEAR protocol in Europe, since Spain, with its historical and cultural relationship with countries from different continents, is presented as the main and only country that will allow the inclusion, introduction and application of different tools, solutions and proposals based on blockchain for International Trade within the European Union. That is, to be the gateway between America, Africa and Asia to the European continent.

Since Spain is a country with more than 47 million inhabitants, with an active population in the world of cryptocurrencies and Blockchain technology of approximately 12% within Spanish territory, we can determine that the chances of success in capturing an audience interested in the use of NEAR is high, with all the equipment and tools that NEAR provides us. It is estimated that the scope will allow the opening of wallets progressively to cover a significant number of people interacting with the NEAR cryptocurrency in the medium term.

Establish educational agreements in order to facilitate learning in Spain about the best third-generation Blockchain and how NEAR is a factual and verifiable solution to current latent problems, being decentralized, democratic, easy to use, economical, ecological, among many others. other advantages…

Include small and medium-sized companies, as well as large corporations in the NEAR ecosystem, counting on the fact that in the medium term they will be able to interact actively and collaboratively, through the different NEAR tools to grow the protocol and the project in general.

The scope provides us with opportunities. Our goal leads us to integrate not only the entire Spanish community but all the surrounding regions, with which the scope allows us to cover and have an influence on the entire Ibero-American community together with the European one, being mainly the Iberian (Spain, Portugal, and Andorra). The advantages of this are first-hand the cross-culturalization of the countries channeled through Blockchain and NEAR technology, the creation of projects that reach the entire European community, including the participation of migrants, and in this way be the bridge to achieve links especially commercial with other regions that constantly interact with Spain and the Mediterranean region.

Target Audience: The target audience to which the guild focuses is aimed at all university users or professionals in related careers such as International Relations, International Law, Liberal Studies, International Trade, Geopolitics, Social Sciences, Sociology, Economics, Finance, Administration, Engineering, Law, Medicine, Nursing, Architecture, Physicist, Chemist, Developer or Computer Scientist who wish to start having experience in the NEAR ecosystem and start generating value with new proposals and solutions. The mission is intended to be able to integrate them with the knowledge they can acquire for the use of DATA, wallets, DApps, tools, and resources provided by NEAR, its protocol, and its Blockchain.

It is important to understand that we are creating this guild from scratch and we want to be as democratic, transparent, and giver-opportunities as possible, but we need to follow the rules and guidelines that we are creating in order for to everyone has the right to access and be part of the guild respecting the structure and the standards. That is why we propose the following:

That’s being said, we will share our DAO, social media, discord channel, telegram handle, email address (nearguild.spain@gmail.com), medium handle and more information sooner in order to continue informing you how we are working in NEAR Spain. Please, take a look at our presentation 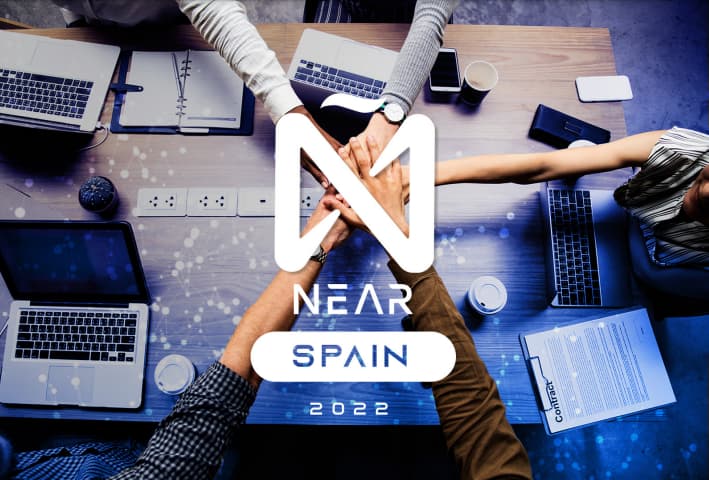 Hey @LuisAponte99 full support always to you !!! This is a surprise for me, didnt know you where going to move out to Spain ! Congrats, all the best.

As member of the spanish-speaking regional guilds I will love to tag here other Hispanic Leaders here so they can take a look at your Guild’s Introduction, so they can acknowledge it, share comments or advice.

And some good members with Spanish nationality: @gonemultichain @guille

Hey nice to meet you,

I’m from Canary Islands, an archipelago located in the Atlantic Ocean that forms an autonomous Spanish community in the northwest of Africa, with the status of historical nationality. It is also one of the outermost regions of the European Union.

These days I am not very proud to be from the EU but yes, the Canary Islands is one of the coolest EU regions for digital nomads because of its good climate and good internet connection and many other things.

Hola @LuisAponte99 @Andres @AndreaB794 @antoniopeascanio @guille !!!
This is a wonderful idea!!!
I am Spanish citizen (from Cordoba!) but I am currently living in Malaysia, where founded the NEAR Malaysia Guild.

Guild Name: NEAR Malaysia Guild Leader: Antonio (gonemultichain.near) Guild SputnikDAO Address: soon™ Guild Location: Malaysia Guild Details: 1. Mission: Win the minds and hearts of all 32 million Malaysians, spreading the adoption of NEAR and blockchain technology in the country along the way. 2. Who is this Guild intended for (the kind of membership you’re looking to recruit / the intended audience you’re looking to reach with your activities)? Any Malaysian is welcome to join the guil…

I would love to be part of the Spanish Guild too (hope is allowed?) and hopefully embark many of my friends and Spanish crypto-network into the guild.

Wow! finally you launched it

Congratulations on launching your new Guild and happy to help you always.

The Valencian business model is made up of a few hundred multinational companies and tens of thousands of local SMEs, the combination of them has allowed many Valencian companies to grow at the expense of the multinationals. Although, as most SMEs are family-based, which could be an advantage for NEAR, since the economic ecosystem is based on trust. With this, we already know that NEAR is democratic, decentralized and proposes blockchain-based solutions. NEAR SPAIN has come to collect ideas and proposals, which intends to build a community in the Mediterranean areas, especially in terms of export and import… ¡Y QUE VIVA ESPAÑA!

Of course I know about the Canary Islands, it is a magnificent diversity of cultures there. I love Tenerife, Las Palmas, everything in Canary. How is everything with the Volcano?

However, we would like to have you onboard the guild. As soon as I’m in Barcelona, we will set a call in order to discuss some ideas?

I’m glad that you are from Spain.

Do you have experience in Andalucia? Would be very interesting to have people in such an important autonomous community.

Yes, you are part of it and also your partners. Please, join us on our social media and our Telegram channel

Let me know if you need anything else.

Hi @LuisAponte99 you can count on me

The volcano stopped erupting on La Palma in mid-December, and thank goodness because it was 85 days of eruption with half the island displaced from their homes.

Have a nice day,
Guille.

Sad to hear that. But hope everyone is ok

Feel free to join us in Discord and Telegram if you will.

I know you have a lot of experience in International Law. Can you apply that knowledge to the building of the NEAR Community in Valencia? We can’t let aside Valencia for any circumstance. It is the most entrepreneur-friendly city in Spain.

Let me know what you think

PD: Hey @medicenmariale maybe you can reach out to @antoniopeascanio is also a lawyer specializing in international law and share ideas/solutions about your proposal.

I’ve been working for this since long time ago

Glad to have you onboard

Of course, reach out @antoniopeascanio that for the moment is located in Valencia but he is International Law for the Americas. So feel free to contact him

Thanks for the recommendation. Glad for your support

A guild that will surely be a success not only in Spain but throughout the world, especially for the NEAR community for the Spanish-speaking and in tourism.

I see this guild with high possibilities of being one of the largest and most beautiful within the ecosystem; excellent undertaking!