Creatives Family, we are at a point where there is a need to evolve. We need to find a way to be self-sustainable and keep improving as a community. We need metrics and more data to be able to evaluate ourselves, make decisions, and show the value we are adding to the Near Ecosystem.

Using the example from the Forum Meeting I had with my Guild, I am taking this opportunity to ask the Creative Community to step in, present yourselves here in this forum post, so we can prove to the Near Community that The Creatives DAO is highly relevant for the NEAR ecosystem, as this is one of the most significant decentralized autonomous communities on NEAR, a community of communities, by proving we are all confirmed/real members.

Please share your personal history, goals, and passions, and let’s know each other better

You can use my own presentation as a template

We take the time to review all the DAOs, gathering the following information:

*Number of members of each DAO is the number of members that are being part of
one specific DAO only, so they are not part of any other DAO.
*Voting Rights means that the DAO is part of the Creatives DAO councils

Important notes to be aware of which, that might help us to improve our decentralization status:

Big hug, and may the force be NEAR u always fam.

I sent you my the DAO for ZON-Verse @FritzWorm
What seems to be the issue?
https://app.astrodao.com/dao/zon-verse.sputnik-dao.near

Well, adding my personal presentation is also to be taken as an example

I am a dad now, I am also an Engineer and I have a master’s in Corporate Finances, know Bitcoin since it was worth less than $20.

I am the owner of a Brewery, and love to play soccer and paint. When I was young I did many graffities =) but that’s in the past, now I really enjoy being at home at spending time with all of you.

I am Fritz Martin Wagner, sharing this time with you from Caracas, Venezuela. Working on the Blockchain Industry since 2016, founded Bitdharma, selling mining equipment and lead some early venezuelan development projects like D-Wallet. I started computer engineering career and ended up finishing in Production Engineer (Industrial focused on Business), adding later a Corporate Finances Studies. Experience on UI/UX, design, Front-end development, P…

I didnt had it, thanks

Amazing! Can I drop my extensive biography here as well?!

I saw that you had replied to the old post, and I sent it there, but thanks for clearing that up.

Yes please go ahead, no need to ask:

I’ll include the link to the pdf here in case anyone wants to read it! 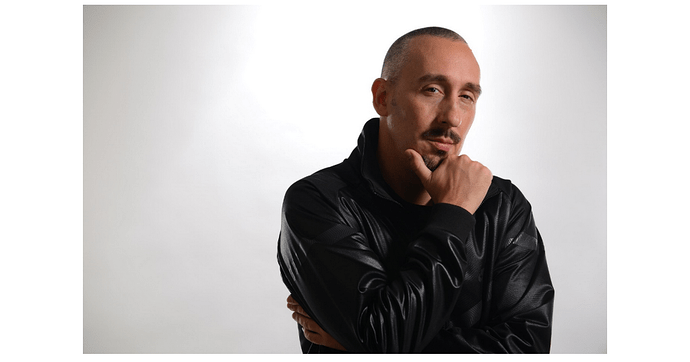 Been making music since 1992, travelled the world, built many creative communities and since 2017 I’ve been pushing forward Music x Blockchain projects, culminating into DAOrecords

Next drop is tomorrow! My track Spacesuit Apocalypse with @djlethalskillz.near

My Socials and all can be found here

Total Votes casted: (are we just counting AstroDAO or also Sputnik V1? I also saw that for councils I used to be on and am not anymore I can’t seem to find the votes I’ve casted)

My name is @Roxy The Entertainer; I studied Film Making in the Prestigious University; University of Nigeria Nsukka (Theatre & Film Studies Department). I major mainly in Cinematography & Editing, Still & Motion Graphics. I have been in the visual field for over 10 years, shooting Movies, Music Videos, Documentaries, Interviews and Commercials. You can check out my Instagram Page: Login • Instagram

I was onboarded into the NEAR Protocol since November 2021; but I became very active from March 2022, with projects such as: [COMPLETED] Project For writing Fiction Ebook
[APPROVED] Proposal for my payment of $150 Bounty for the C1 / NxM NEAR TOUR ( Abuja edition ) video editing & 113 Picture editing
REPORT ON “GRAFF ON THE WALL” s1
( ONGOING ) Proposal to compose and record ( REALITY )3 tracks E.P album - #20 by Dedeukwu
To mention but a few.

Having being active on the Web3 Ecosystem; I noticed that the Art of Stage Drama and Film Drama is missing on the NEAR Protocol; so I had series of meeting with other Thespians and @dandelionshoneybees and we came about the emergence of the Thespians DAO.

In less than one month of operation, we have a total of 36 Followers in all our Social Media Platforms: https://linktr.ee/thespiansdao with the most active members on Telegram (24)

Basically, my work on the NEAR Protocol is to entertain, educate and onboard. And I’m achieving this through the use of the camera, graphic designs and the activities of the Thespians DAO.

Just brief info about me on Linkedin.
I’m having fun with music since 2011, and since early 2021 I’m popped into a crypto rabbit hole.

Founder of BeatDAO (with @vandal), community council of NxM & BeatDAO, and now working with DAOrecords on music industry revolution.

First of all, I just wanted to say thank you for all of this @FritzWorm

. It’s great to see the creatives community growing and evolving so quickly.

Here is my video, It’s a bit outdated but provides an overview of the Marma J Foundation and our goals. 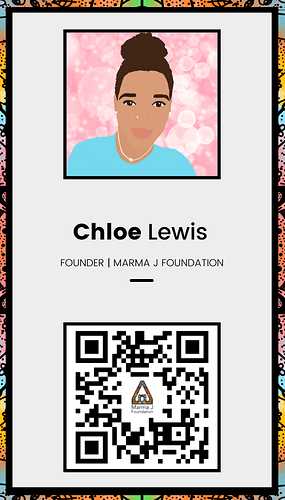 Heya, short introduction about muti & myself:

muti is a physical collective based in Portugal, a DAO on Astro DAO as well as an artistic Guild in the NEAR ecosystem.

Next Creators Podcast about the work of muti

Through muti we have helped several artists entering the N ecosystem, interacting with other projects and DAOs or even create their own DAOs. Metrics are stated in our reports, since the beginning roughly 10pax per person being onboarded who actively use the ecosystem. 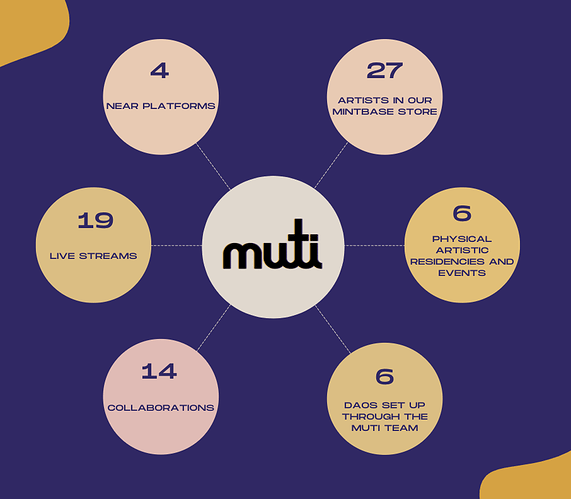 Yep, but not much in use so far: 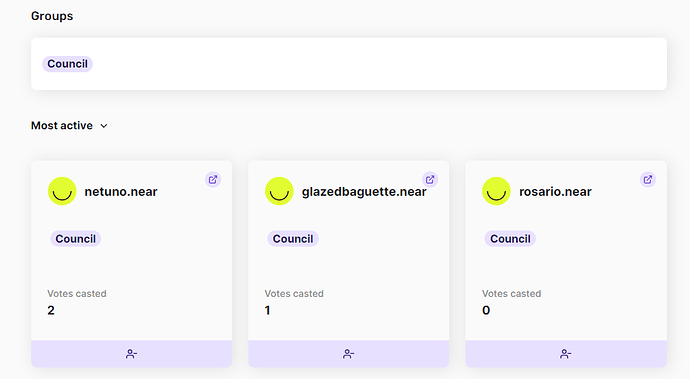 Thanks! Please read this full post you will see we are asking the whole community to present themselves here, personally, and sharing their social media.

We need metrics and more data to be able

Great idea. It would be great to have a similar Excel spreadsheet in Creatives DAO.

Information about grants, amounts, voting on Astro DAO, and processing time. Links on proposals and reports.

You can find full information in our Marketing DAO Excel spreadsheet.

It would be great to have a similar Excel spreadsheet in Creatives DAO.

We have a similar spreadsheet, we can discuss making it public.

About metrics, is to have metrics of success from each DAO/Guild, I can imagine for example the Marketing DAO delivering a report to NF saying that the total outreach is XXXX accounts through twitter and that the number of active NEAReans is XXXX and the total Nearans with Certifications from Near University is XXXX and similar.

In the case of the Creatives DAO I can imagine reporting to NF the total Neareans with Near Certified Creative course approved, the total new collections, the total views on all the collections, total of votes using AstroDAO and similar numbers.

hello Near Creatives nice to meet you all

highlights at near creatives:

I wanna contribute with my experience in art tecnology and education at Near Creatives.

here are my other links: @calebavlab | Linktree

Just info about me on Wizzow Wikipedia (Bahasa Indonesia)

I started my career as a rapper since 1997, then became a music producer since 2004, and since April 2021 I learned to understand crypto and NFT from Vandal and Mba Pandu.

I was put on NxM and BeatDAO @vandal, I was appointed to the BeatDAO community councils end of January 2022 by @Paul , and now i’m the founder with @teezyindo of Svara DAO [Introduction] Svara DAO since April 2022 and supported by @derymars from NEAR Indonesia.

Hello all!!
Nice to meet you, and thanks for the opportunity to know you a little more from this forum

My name is Ritamaria, I am from São Paulo, Brasil, and I’ve been working with music and education since 1999. I am a singer, composer, improviser and also a community builder in my physical life, living in an urban community (a collective house) that names itself as an Autonomous Cultural Territory. We’ve been active since 2010 promoting cultural events (music, dinner, theater, dance, performances, expos, carnaval and more). As a music educator, I have been working in collective and creative process, in partnership with FLADEM (a latin-american forum of music educators), sharing workshops around LATAM.

I joined Near Community on March, participating on FEMINU Expo, through the hands of @Ghini

and in this same month was invited by @filmesdeinfiltracao and @blusw to join Nomade Label DAO. Since then I’ve been collaborating with the DAO members in many proposals, as teacher, producer, giving “backstage support” and as invited artist; I am also working on the DAO’s social networks (instagram and twitter).

Started as member in AstroDAO on May
votes casted: 26
near wallet: ritamaria.near

I am learning a lot here and wish I can contribute in this place sharing my experience as producer and artist, through connecting the physical and the cripto world, and spreading good vibes

Hi Rita, nice to meet you… I see you as a musician and as a teacher, I will DM you via Telegram,