This NEAR week is already rocking and rolling! 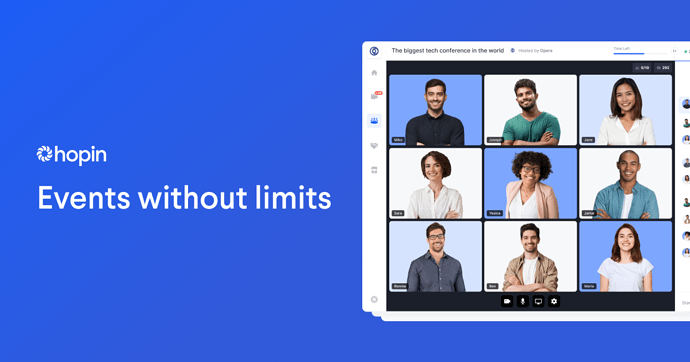 NEAR Upcoming & Past Events | Hopin

See upcoming and past events for NEAR on Hopin, your source for engaging virtual events.

Next one will be in August!

Extend VotePeriod from 7 to 14 days:

The CommunitySquad DAO – as the main source for $NEAR distribution to members of the NEAR Community – is sent payout proposals on an ongoing basis, but especially at the end of the month as Guilds report on their activity and upcoming plans. To address payout proposal failure and voting delays, and to encourage good governance practices, the following proposal seeks to address a core problem: The CommunitySquad DAO Council members do not feel adequately acquainted with the proposals coming in…

Payout 338 NEAR to uxisnear.near for unknown reimbursements:

Payout 1400 NEAR to sue.near for June Reddit Ops effort:

NEAR Reddit Team Report July 2021 Background The Reddit Ops Team has been working to increase engagement with NEAR protocol since April of 2021. The goal of the reddit operation is to increase engagement with the NEAR community. We accomplish this goal by hosting AMAs on the r/nearprotocol subreddit, sharing general content on the r/nearprotocol sub, and posting on other subs. When we began our operation in April, we had 555 subscribers. Since then, our subscriber number has more than double…

APPROVED ~ Payout 2000 NEAR to nearweek.near for a news guild:

(PROPOSAL) Announcing the launch of the NEARWEEK News Guild Guilds

NEARWEEK is an international network of NEAR stakeholders gathered around the purpose of enabling, collecting, curating & distributing easily accessible news within the greater NEARverse. The following proposal seeks to democratise and implement transparency in the world of news media. Instead of being the voices of few, which has often been the case with traditional…

APPROVED ~ Payout 22500 NEAR to the Open Web Sandbox DAO (sandbox.sputnikdao.near) for community development:

APPROVED ~ Payout 550 NEAR to gyan.near for university collaborations and technical workshops as a part of the NEAR India Guild:

Hi team, I am submitting a proposal to conduct meetups for University students as well as professors. For the month of June, I have 2 meetups setup/completed and 1 for the month of July. Here are some statistics + materials from the workshops that I conducted. I have also added a plan to funnel the folks from this workshop to the community. Adding that to the proposal as well. June 2nd - TinkerHub CET. College of Trivandrum is an engineering college in India where I held a 1+ hour workshop …

APPROVED ~ Payout 482 NEAR to hispano.near for agreed reimbursement:

During the launch of the NEAR Hispano Guild, we had to pay for basic services to get the website and logo ready for launch. Tasks related to creating the Guild: Coordinating web design and logo - 50 NEAR Setting up web server hosting and email - 50 NEAR This is a request to reimburse the following expenses, in total it is $ 905 USD. Web Design: $360 USD Logo Design: $150 USD Web hosting for 1 year - $192 USD Mail hosting - 2 accounts - $24 SSL Certificate - 1 year - $71 USD Domain for…

Updates From the Squad

Our team is here to share key results from last week, plans for this week, and current blockers. Transparency is crucial for accountability and governance.

Also submitted a proposal to add @norah.near to the Community Squad DAO council:

I’m proposing to add norah.near / @norah.near to the council of our Community Squad DAO.

She is a mega pro!

Looking to start a Guild to grow your community on NEAR? Already leading your Guild and want to know what resources are available? Want to make connections with other Guild leaders but don’t know where to start? Meet the folks who can answer those questions and field any other Guild-related queries you may have: The Guilds Management Crew: @shreyas [image] @3UN1C3 [image] @jcatnear @mecsbecs [image] @norah.near Given we’re speaking with folks all over the world, and are in diff…

Your feedback is much appreciated

We hope to discuss project ideas, answer questions, learn from your experience, and collaborate!

#weekly-updates
Q3 is here! What a great TownHall

, yesterday’s TownHall sets the standard for what is to come in Q3

Last week we finalized our Objectives and Key Results, each team member has developed their plan, and we are starting to consolidate our 30 days goals.

On the hiring front, we have managed to complete the recruitment of the Community Advocate Lead; we are grateful to have received so many applications; it was a complex selection process, but we are pleased with the results. For the candidates that were not shortlisted, we offered them to join our Contributor’s Program. I am expecting the OWSandbox would be busy these days!

ACTION ITEMS for this week: