I’m writing this forum post to start discussion about charitable giving (and spending) through DAOs on NEAR. Building on the momentum of recent initiatives, NEAR is evolving to support communities around the world!

Often, benefactors have necessary knowledge to donate funds effectively. However, most would admit they should not decide how their beneficiaries actually spend the money. That’s the whole point of charity! We trust organizations and individuals who need help making a difference.

Funny enough, many donors have no idea where to give, although intending to create positive impact. Some opt for using the model known as a “Giving Circle.” According to Wikipedia, in this form of participatory philanthropy, individuals donate money, time, or skills to a pooled fund, then the group decides how to spend those resources together. Generally, this results in greater awareness of the issues explored by the participants.

This model is very similar to the idea of “Charity DAOs.” Let’s imagine how it could work on the Sputnik DAO platform.

I’d venture to say most Giving Circles have general themes or high-level purposes. For example, there might be a social club for pet owners who want to support local animal rescue and protection. How might they create and use a Sputnik DAO?

They could form a Sputnik DAO with the following parameters:

Council members and supporters of relevant organizations may submit proposals to be considered. If these proposals get approved (default voting policy is majority rule), payouts would happen automatically and transparently.

Now let’s go meta… general purpose Charity DAOs would act like Giving Circles without specific themes. Anyone can submit a proposal on behalf of another Charity DAO. This way, donors will actually give based on which councils develop the best reputations.

Our community has already started experimenting with this idea, following recent initiatives led by Sandeep Nailwal of Polygon. The NEAR India Guild formed a COVID relief DAO, which has raised and redistributed 2650+ NEAR thus far. I really hope other Charity DAOs emerge and thrive on Sputnik DAO, such as the illustrious Marma J Foundation, organized by Chloe Lewis.

This kind of charity has already happened through “Bounty DAOs” which demonstrate how community members can propose payouts for any recipient. Here is an example of a donation to the India COVID Relief DAO from Zeitwarp.near via Createbase DAO. Keep an eye out for what is next for creatives in our ecosystem 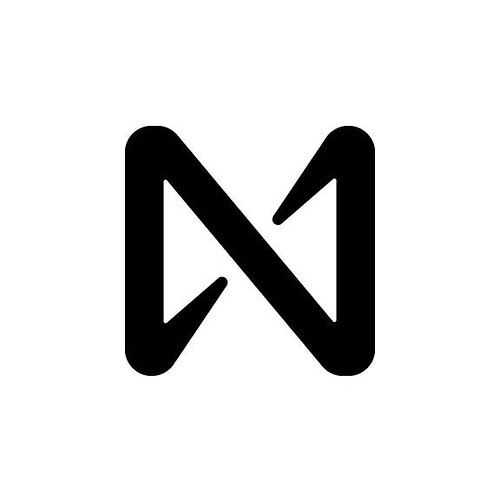 This category is for all kinds of creative contributors in the NEAR ecosystem ~ share ideas / projects, make proposals to DAOs, and learn from each other! Creatives SputnikDAO Council: @chloe & @mecsbecs

What Charity DAOs might be formed in the Open Web Community Hackathon? Let’s discuss! Reply and share ideas for any decentralized philanthropies, then you can submit a proposal to this charitable Sputnik DAO: https://sputnik.fund/#/charitable.sputnikdao.near

Your feedback is much appreciated! Please let us know any suggestions for where to donate. Reply here and submit a proposal to join the council if you want to be part of the voting process. Thanks for your consideration

My first proposal to this charitable Sputnik DAO is to donate 100 NEAR to the India COVID Relief DAO. Sending positive thoughts as well!

Hi! This is a lovely proposal and I’m excited to learn more about DAOs through this process. My question concerns the follow up after the donation. Usually with charities/donations, there is a report or some pictures updating the donors on how the funds were used, what effect it had, whether there were any problems etc, so as to assess whether the donation was successful or not. (And if we do indeed give to animals at some point, yes, pictures would be necessary…) Will there be a similar process for Charity DAOs and if so what would the medium be?

When submitting proposals here on the forum, they can specify milestones and necessary updates. Also, following up with reports / results, e.g. photos of rescued animals, would likely increase their chances to get additional support.

While Charity DAOs are still new, informal (off-chain) accountability processes on the forum will probably suffice. However, I’m sure this problem does not only affect giving circles. Maybe all Sputnik DAOs need to both qualify and quantify the impact of their spending? Eventually, this could give rise to a reputation system based on actual interactions with Sputnik contracts.

Great to hear that there is already a process that can track spending and update on milestones! Definitely second this reputation system for all DAOs, full transparency should be the way to go in these financial situations.

Very glad to see this effort coming together from Sputnik DAO! At Panvala, we believe that the biggest impact crypto will have is on community life: charitable efforts like this one, but also arts and culture groups, recreational groups, or just groups of friends coming together to have a great time.

Since this effort from Sputnik DAO is in line with our mission, we’d love to invite you to join the Panvala League! Communities in the Panvala League share Panvala’s inflation to match the donations they bring in. This past quarter, we distributed over $100,000 to match donations at an average of 2x across our 47 communities. We believe that Panvala’s treasury grows stronger the more we share it, and we’d love to share it with you!