Thanks for your efforts. They’re much appreciated!

Can this be remedied?

Please submit an additional funding request to the MarketinDAO for the funds.

Re: [Approved] Proposal For Starting A Near Sports Engagement and Education Initiative [featuring Near Football Viewing Centre and The Near Amateur League]

Hello, @marketingdao-council and everyone else!

It’s been 5 days since this proposal was approved, and 3 days since funding was concluded. Here’s a report on what’s been going on regarding the project:

A temporary structure will need to be erected.

I have given the above milestone primacy. This means that constructing the Temporary Structure will be done first. This is because:

*It makes sense that new Near onboardees, through The Near Amateur League (TNAL) have a market where they can actively use Near, getting them immediately economically engaged. So, the Viewing Centre will have to be on ground before the League is done.

Two locations, in the commercial hub of my community, have been shortlisted. Costs and modalities of rent will be finalised soon. Immediately after, construction if the Temporary Structure will begin in earnest.

Finally, talks are ongoing with the graphics designer for these

Fliers, banners, infographics on Viewing Centre walls for active and passive Near education: $500

Of course, these jerseys will have Near Protocol and Near Amateur League emblazoned on them

I am going to create sumptuous, eye-catching jerseys for the Near Amateur League.

This concludes my report.

[Soon relevant pictures and videos will be posted video-graphically highlighting our progress].

Great stuff, thanks for sharing the update!

When you submit your final report, please do so in another independent thread:

[Guide] How to submit monthly reports to the Marketing DAO MarketingDAO

So, you’ve been funded. First thing’s first - a huge congratulations from the MarketinDAO Vertical!

Now it’s time to put nose to the grindstone and BUIDL! Between when a Guild or DAO submits their payout proposal for a month’s worth of projects and activities to the Marketing DAO Vertical SputnikDAO and when the next monthly proposal is posted on the Forum, we want to know how those initial projects went or are progressing. We, therefore, request that between one payout from the Marke…

A big congratulations to you Gabriel, I am so happy that you finally actualized your idea when you used to talk about it when I introduced the NeAR Protocol to you in my openness of mind and enthusiasm about the blockchain platform…
And even helped you open the NEAR wallet and onboarded you personally

I would like to bring to the marketing DAO’s attention @David_NEAR @Dacha that @AugustKinge is a visionary and seasoned enthusiast that caught the vibe of the NEAR expansion and mass adoption initiative clearly and it’s really fun to see what comes out of this since the country is very fanatical about football, joining this with the global trend of crypto is a “slam dunk” for the NEAR protocol…

Being a council member for the Beats DAO and the Metaverse DAO, an Integral social media team of the NxM guild, mintbase DAO author, creator of the NEAR Metaverse magazine I have contributed my little quota to the NEAR foundation through my skills and dedication…
In the same vein of enthusiasm and gratitude to the NEAR foundation for the provision of crypto engagements and education, I would like to assure the marketing DAO of the authenticity of this project and gladly be the eyes on the ground for the NEAR foundation in the actualization of this project. @AugustKinge is my friend and accommodated me when I came to visit him in the same city where he resides and I guess plans this project…

A little tip I would offer on this project would be to advise @AugustKinge to acquire a permanent space since Real Estate Prices within the area already cover the rent price (unless the location is different),

Also, a means of translation to the native dialect of the location is necessary since most of these natives within the area would need more clarity to understand crypto talk (they speak mainly Yoruba within the location)

Congratulations to @AugustKinge once again… Let’s get this project running

I appreciate your comments and suggestions. You’re no doubt an inspiration to many.

This proposal has already been approved by fellow Council members. However, I’d like to add my support and a few thoughts to it!

I love the initiative and I’d like to invite you to think of ways in which we can expand this over time: “Come for Soccer, Stay for the Blockchain”.

I’m thinking about ways of creating community tokens for each team, getting the youths involved in local hackathons so they can leverage the NEAR tech stack in their own unique ways as they see fit for the local market.

Thanks for the updates!

Also, a means of translation to the native dialect of the location is necessary since most of these natives within the area would need more clarity to understand crypto talk (they speak mainly Yoruba within the location)

A bounty can be placed for this. It will draw fast results and good content.

Good idea, but it’s not feasible to be a bounty since the person doing the translation has to be on the ground.

With the consent of @Dacha @David_NEAR on this project, I would like to oversee this aspects as one of the oversight duties I wish to perform with this project… I’m sure @AugustKinge would like this accessory as it makes his work easier,

Okay, now I understand what you mean. He will sure get to a way of communicating the gospel of NEAR to the locals properly.

Even if it means using football stars/their skills😁 to pass basic informations about what NEAR Protocol can do or does. e.g speed, security, richness, style, etc

Best to discuss with @AugustKinge on this, it’s not our call - good shout, though!

Thank you for your support.

I love the initiative and I’d like to invite you to think of ways in which we can expand this over time: “Come for Soccer, Stay for the Blockchain”.

This is lovely! If you have further Ideas on this, please share with me.

I’m thinking about ways of creating community tokens for each team, getting the youths involved in local hackathons so they can leverage the NEAR tech stack in their own unique ways as they see fit for the local market.

This is great! I’d love to hear more about this, please.

Thank you for your profound contributions. 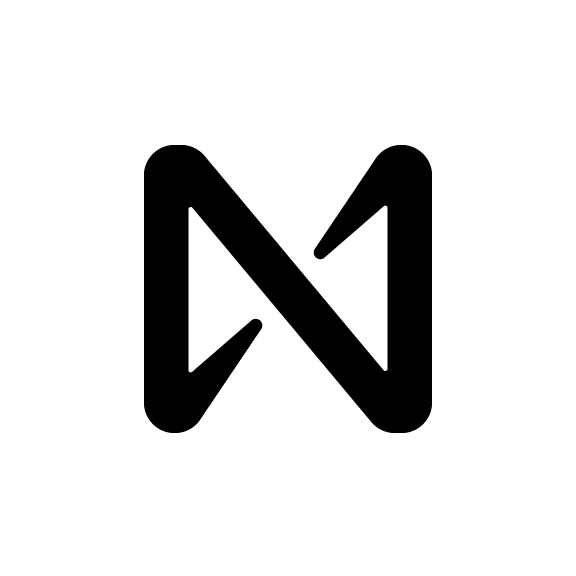 [Approved] Proposal For Starting A Near Sports Engagement and Education...

INTRODUCTION. I live in Nigeria - a country that is crazy about football (soccer, in the US). From watching it, to playing it, to spending long hours talking about it… Nigerian youths spend a lot of their time (especially on weekends) participating,...

After an unfortunate hiatus, I bring news of progress regarding the project. I am very excited about the direction and potential magnitude of the Near Amateur League (NAL).

I will share pictures of the paraphernalia for publicity and registration for the football competition. But first, let me highlight our progress in relatable bullets:

• Fliers, banners and jerseys have been designed. They (fliers and banners) will be ready for distribution in 3 days.

• Permission has been secured to use the lush Victory College Football grounds to host the games.

• A team of 3 has been constituted to assist with logistics.

Now, to the fliers and banners! 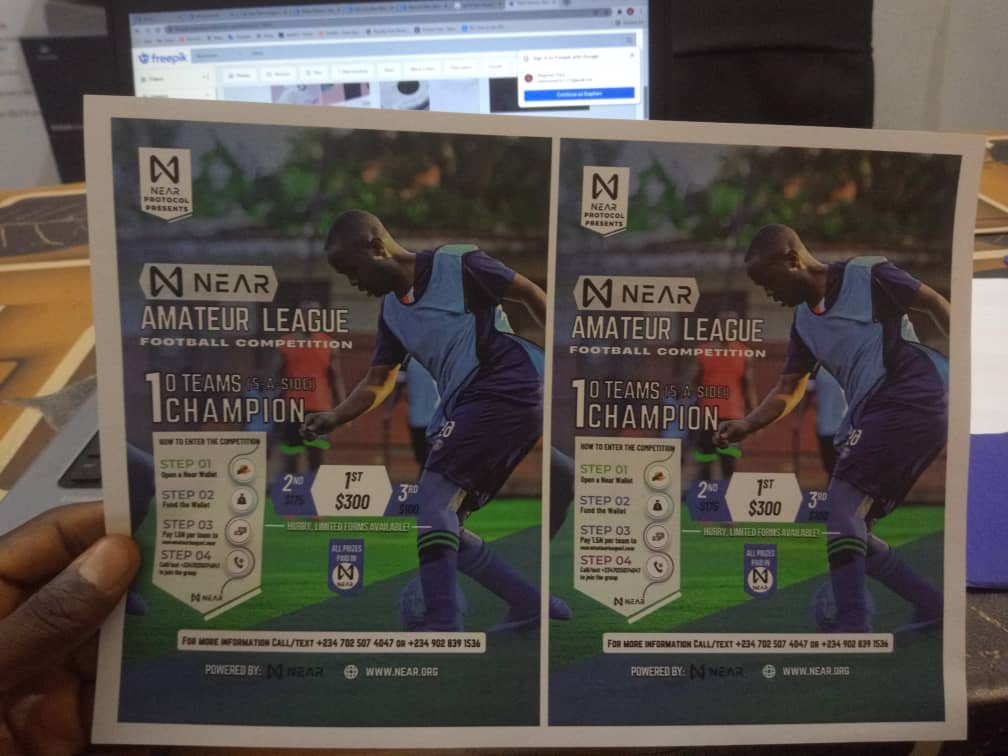 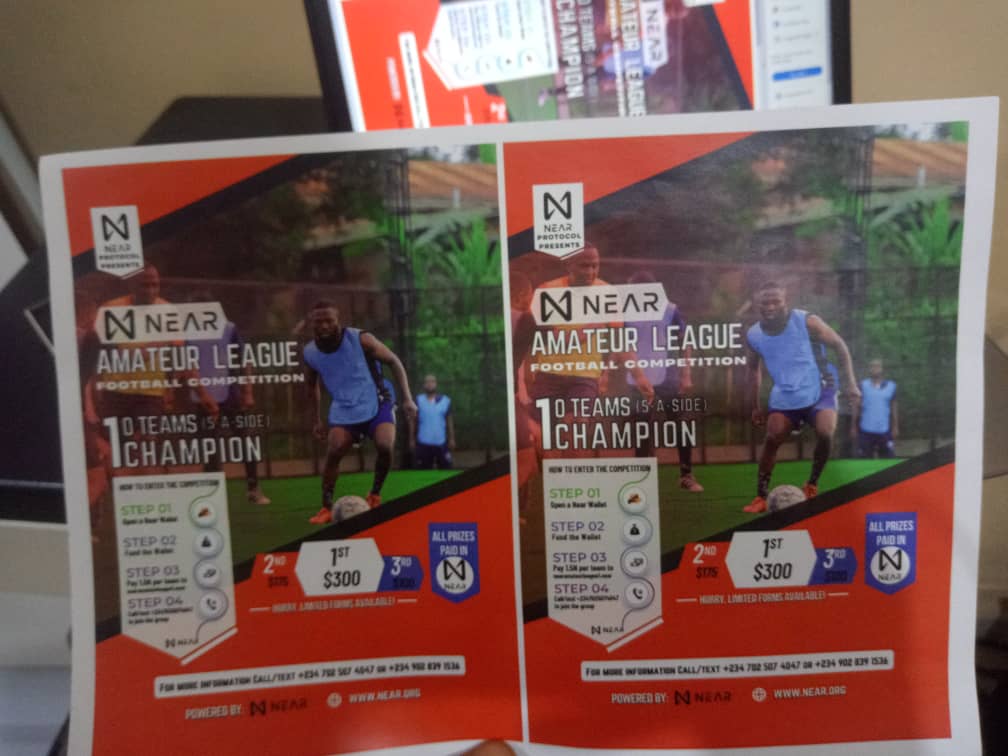 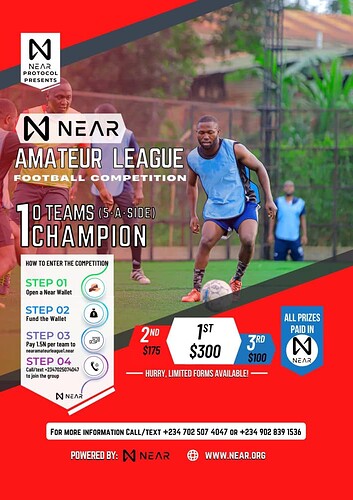 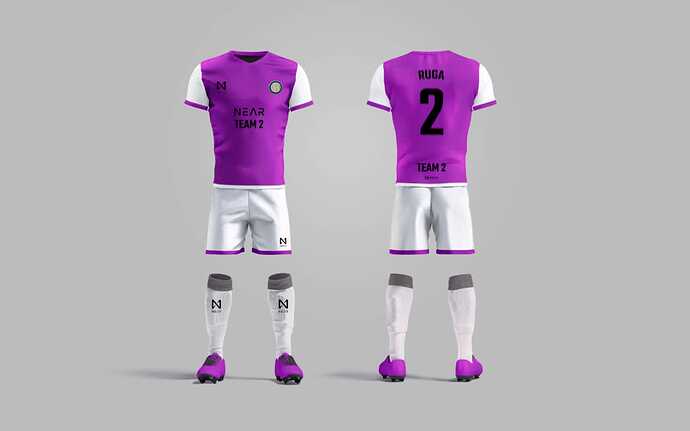 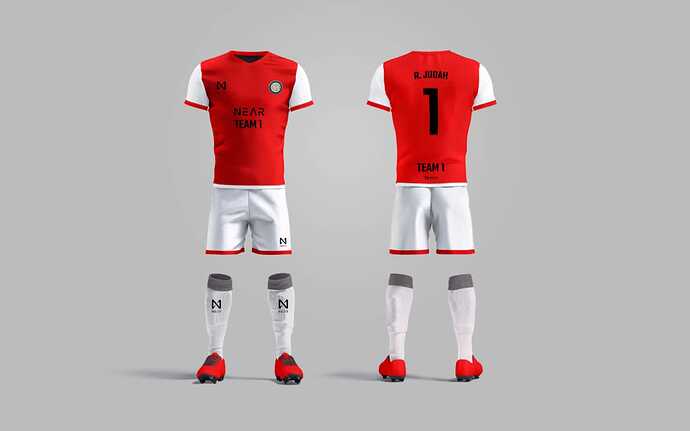 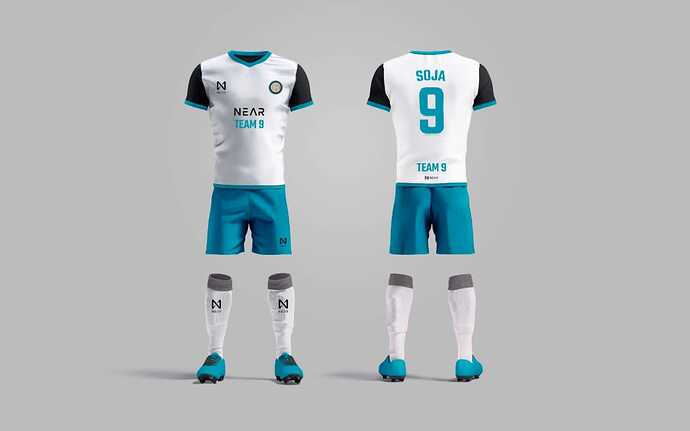 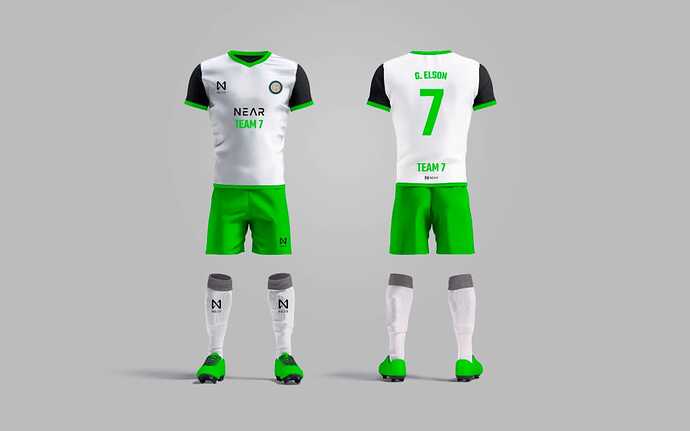 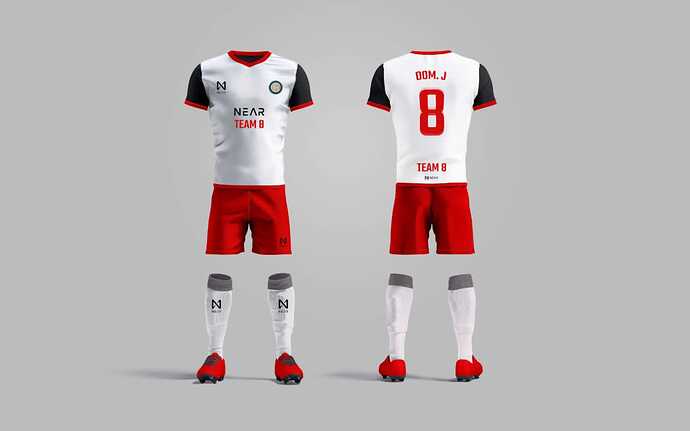 The Near Amateur League is massive. Keep your fingers crossed and watch this space for photo and video updates leading up to the main event.

Development of the Viewing Centre will resume as soon as the League wraps up.

That concludes the first official update. I’ll see you in a few days.

PS: The jerseys do not come with football boots and socks. Please, be advised

While balancing my books, I noticed a serious oversight: My

I did not add in the

It would be great to have this rectified as soon as possible.

Apologies for any inconveniences.