Hi guys, as mentioned in my last report I am going to send a new proposal for the next month. [REPORT] Near Turkey November/December

Our main goal is to increase blockchain and crypto adoption in Turkey.

Till February we are expecting to reach:

Thank you in advance and Happy New Year!

Hi @cizi31 good to hear that NEAR is growing in Turkey.

Our editors are (please check their username on Telegram, they are not active in the forum : kasimertas (editor, professional english / turkish translator)
hilalderinn (professional editor)
MRTGNR1903 (editor, translating news)
Fatma Kilic (no nickname, editor)
Irem, she is our graphic designer doing the poster of the articles ( no nickname )

Support Admins:
Mir_Yildiz (creator of Near Turkey with me @cizi31 together, Co-Founder of CoinNET)
lusttforcrypto (CoinNET team member, sharing news, supporting
abdul75t (CoinNET team member, creating gifs / stickers on TG)
crypto_ramo (sharing Near in all other community groups / KOLs / doing tweets + moderating AMAs)
Doganalpaslan1 (joined new as community member, invested in Near)
Kripto Raptor (from Near official you should know him, I made him admin as he can also speak turkish, Near community member)
@hilalderinn (moderator, doing AMA sessions)

It’s a mix of members from Near community and CoinNET team members.

Near clocks:
We are contacting the clock creator directly by calling him, I don’t think he has a website. But will let you know. The price is not fix, we could get a discount. I just wrote approx prices above.
With the remaining Near, I can add additional rewards or do a second contest on Twitter like:
“show us that you are hodling/staking NEAR and get the chance to earn extra xx rewards in $NEAR”.
Furthermore, I can let some other Twitter KOLs do floods on Twitter and give them small rewards, example NEAR Twitter flood from a community member: 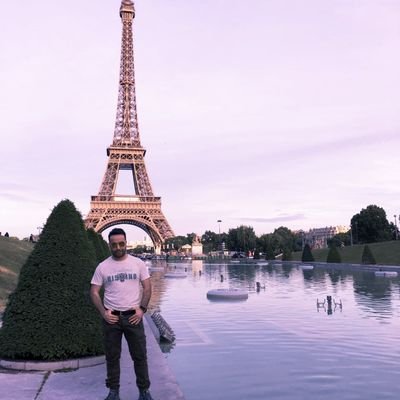 @cizi31 thank you for taking the time to answer my questions. I love the idea of the clocks BTW

Good luck with your goals. tagging @marketingdao-council for visibility and comment from council

I want to ask if it’s possible to use Near Turkey Twitter more actively? https://twitter.com/near_turkey
as far as I see we have just 17 total posts (including retweets) on Q3+Q4 2021

just an idea: we can at least quote retweet and write below the translation of important tweets (like: protocol updates, partnerships, important events) from Near Protocol Official Twitter https://twitter.com/NEARProtocol

Overall proposal is good, like we last talked I would have recommended to focus more on Turkish content cration but you’re already speeding it up, thank you for your contributions.

btw 200$ per clock a little too much. From where did you get this quote? I may get cheaper quotes for you if you want me to try please specify quantity and dimensions/specifications

Whatever it is, I want one.

Hi @KriptoRaptor
Thank you, unfortunately I got corona and I am currently in home quarantine. But my health is fine

Moderator: Last week we added one more moderator and we are still looking for more admins who want to help. If you know someone please let me know.
About the “active user campaign”, I like the idea, maybe this way we could find more moderators. I am not sure if I should include the campaign rewards here in this proposal or create a new proposal… ?

Near Clock: Yes I understand please check my last comment above, I will check it again and use the remaining Near for a contest if there is any.
I will get in touch with you in the next weeks to get your address for the NEAR clock

Thank you again for your support, really appreciated!!!

Moderator: Last week we added one more moderator and we are still looking for more admins who want to help. If you know someone please let me know.

great, thanks for your response
In my opinion first announce it asap and run the campaign for this month. Run it for a month (or two at most) This will help you spot enthusiast young Nearians easily.
Then you can propose to each one whether they are interested in being part time/full time moderator. You don’t need to put high rewards imo just 25 (5x5) nears is enough (to be giwen away to 5 top active members other than current mods/admins)

btw I’m planning to organize a Near Meet on Ankara NEAR Meet: Bringing Web3 to the World – NEAR Protocol
Where do you guys live? If you’re close by, do you(or any of your team members) want to help organize or at least participate?

ok will make an announcement in the next days.

Near Meet is really interesting. I am living in Austria but 2 people from our Team are from Ankara.
Please let me know via dm the date and time I will forward them, maybe also pin a message about Near Meet in the turkish group to increase participation

Thanks for the proposal!

Can you link me to the NEAR Turkey Telegram page, please? 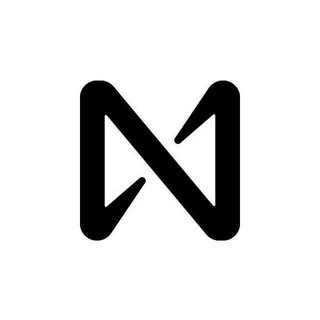 You can view and join @near_tr right away.

Good morning. Going to support it. Please, provide detailed information with next report how did you spend the grand.

1.Content - xN , wallet ,
2.Youtube videos - xN, walllet, why did we choose the influencers,
3.Create articles and share on https://www.coin-net.com , xN , wallet, articles,
4.Who was rewarded with Near Clock (cool idea btw),
5.Add more Councils to Astro DAO - who and they were elected,
6.Admins payment per wallet,
in total $4950.

Here is a great example of report

Have a great day!

Hi @Dacha Thank you for your support!

ok noted, I will send a detailed report with all spendings.

Have a great day too

Very exciting to see all the progress you’ve made on such a short amount of time!

I’m happy to support this. As Carl and Dacha have said, remember to include a breakdown of the content, etc. for the January monthly report,

Happy to support this, too. Moving to Approved - please do make the above amendments guys, thanks!!

Please note: The payout process is changing. Do not submit a funding request to the DAO. You will be notified when the new process is live. Thanks!

Hey! No worries. If it hasn’t been approved on AstroDAO yet, then it won’t be. Not to worry though, shouldn’t be long before the new funding process is live

Hi @David_NEAR
sorry but it’s already approved from you, Dacha, alejandro and cryptocredit

And we started our work already it’s going really well.
Anyway, I will put that all in the detailled report end of month. We have some great results already.

Ok I will check the new funding process as soon as it’s live and will no more send requests to the DAO for now!