A GENTLE INTRODUCTION TO SONIC IMMERSIVITY

Thank you for participating in this workshop.

We will use this forum post as our main communication system, in this way the whole workshop will be documented in “real-time”. I will be informing you about all aspects through here by editing the post.

The spirit of this small series of workshops is to share our knowledge, so if you have any previous experience using DAWs or working with spatial sound please share here (with comments) and don’t be afraid to speak actively through our 2 sessions, it will be very appreciated.

The link for the sessions will be shared through here too, and will be open to more people if they want to listen.

We will start by installing Reaper and 3 plug-ins packages that can be used to work with ambisonics and spatialization. (Don’t worry right now about what ambisonics is, we will get into it.)

Please install all things before our session, and if you have any issue just send me a DM and I will help you out. But the installs are pretty straightforward, so don’t be scared and do it as soon as possible

Extra: (only if you have time for)
HARPEX (Trial)

is a method of codifying a sound field taking into account its directional
properties.

Ambisonics is a perturbative theory where each channel has information
about certain physical properties of the acoustic field, such as the pressure or
the acoustic velocity.

Ambisonics is a Perturbative Theory

• Based on physical principles of the acoustic field.

• Not restricted to single plane waves, but it can account for any general sound field.

• Completely layout-independent, in the sense that the Ambisonics production and postproduction workflow does not depend on the exhibition layout. Stereo and traditional multichannel approaches (5.1, 7.1, etc) assume that there are loudspeakers in fixed positions, and all the recording, production and exhibition methods are based on this assumption. In contrast, Ambisonics does not depend on a fixed distribution of loudspeakers.

• Not necessarily object-based, even if it is layout independent. First order Ambisonics has 4 fixed channels. This is in contrast to other techniques such as VBAP or Wave Field Synthesis, which depend on an object-based method: every audio object is characterized by a mono track and a set of metadata indicating the location and other properties. While Ambisonics can be adapted to an object-based representation, this is not necessary. The fact that Ambisonics has a fixed number of channels it is important to save memory and processing requirements with hundreds or thousands of audio objects, as it is the case in complicated movie productions.

As a first step in the Ambisonics chain, a sound field needs to be encoded (ie, created synthetically from a mono recording) or recorded (using a special microphone).

Recall that Ambisonics amounts to:

• An omnidirectional microphone for W(t).

All three microphones should be ideally coincident in one point of space. In practice, it is
difficult or impossible to set all three microphones in a single point. Instead, the ambisonic
microphone places four cardioid or subcardioid capsules in the vertices of a tetrahedron.

Taking in consideration that cardioid mic = (omni mic + figure-8 mic)/2, we can say:

• Linear transformations that do not depend on the spatial properties (for example, filtering and equalization): they can be done as usual, as long as they are applied equally to all channels

• Other spatial deformations, such as warping. For instance, one can create the effect of focusing on one direction of the sound field (dominance effect)

• Non-linear transformations, such as dynamic range control, are more difficult to handle and are currently a topic of research

The objective of the reproduction of Ambisonics is to be able to decode Ambisonics in a set of several loudspeakers distributed around the listener.

We won’t get into details, now let’s try some practical exercises

Hey people, The idea would be for you to start putting some materials into a reaper session, as a first step to produce a spatial sound piece. You will share your own ideas and we will discuss as a group how to approach them. You don’t need to prepare a presentation, just try to have an idea of what would you like to do, and if for some reason you already have some sounds happening we could together.

Here you can find a video recording of our last session, is not edited, and we basically made a review of the 3 ambisonics packages showing some basic features with some pro and cons.
All this material is shared in the example link above.
unedited video first session

Here you can find a youtube channel with a lot of reaper tutorials.
REAPERMania

You can send me a message trough here or telegram if you want to talk about your ideas.

One point. Me and @whoiscavenaghi are 100% mobile, so we will create a dynamics to participate, or solving all at mobile apps, or build a workflow with a friend. We are also moving to a new home, so we will be without internet for a few days.

Hey @duOCELOT and @whoiscavenaghi ,
It is necessary to have access to a computer in the second class and for the development of a sound piece for the third encounter.
In the first class you can just attend to class without computer since it is an informative session, but it is not the best scenario since I will share some reaper seasions for you to try.
If any of you believe you wont have access to a computer for the second sesion and development of a project please let me know, because I would have to give the “oficial” spot to someone who can. But you could attend the workshop anyway, I will make it a public event. I just won’t be able to assist you for the development of the project. Also, there is a bounty at the end of the workshop for spatial sound pieces that will be open to anyone who has interest.

Hello I have Try VR Story of Nearnft Account

You can check here

I have use Sparks AR ( Open world Filter )

Can You and give me review how its made

Hello, very excited to learn from you guys!

I’m a recording tech, working mostly with classical music.
This workshop will help me to ulveil possibilities of producing contemporary music.

I just have a question:
are we recording something throughout the workshop or are we working with pre-recorded material?

The idea is to create a sound piece at the end, and in that point is up to you if you want to record new material for yourself.
During the workshop I will share some recording to test the plug-ins (specially ambisonics recordings), and you are welcome to use your own material too, but we will not record during the workshops.

During the workshop you will get an idea of which kind of recording are suited for the different options you will have, and you could also use synthetized material for test and your piece.

Hi!
I’m really excited, but a little scared, as I don’t work in the sound area.

I am a multimedia artist and have been interested in sound productions.

I believe the whorkshop can help me improve what I’ve been doing in a very amateur way.

Here’s an example I’ve been working on that I posted on soundclound.

very interesting @Mailza !!
You definitely have something already going here.
Would be glad to hear what you will do after the workshop

I have installed all the programs you requested! Still trying to get the hang of Reaper since I only use Ableton mostly. But I will get there! I am going to read the PDF. Excited for the first class.

There is also this piece here. 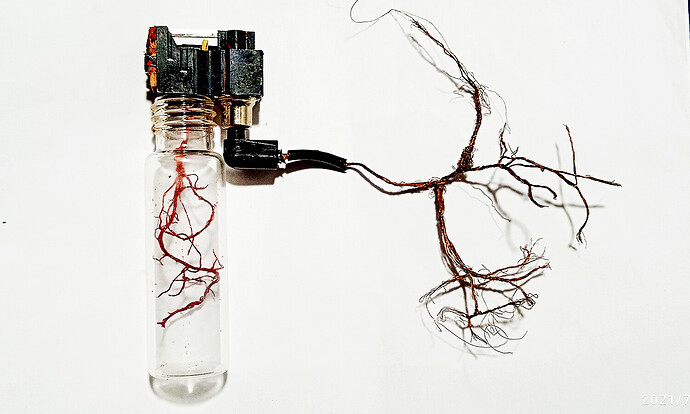 Based on mentoring and participation in the Shared Virtual Artistic Residency offered by Bienal Black Brazil, I created this audiovisual work. I started to listen and voice the thoughts that speak to me, based on the woman/body/nature/feeling...

Hey @TRosario !
cool, am sure you will get the hang of it super quick.
About the pdf, you dont really need to read it now (you are welcome to do it if you want to), it is more a presentation to guide the first hour of our first encounter.

I add the zoomlink for our session and share a gdrive folder with the examples we will use.

We are so sorry, we couldnt participate…some external events happened at the meantime and we got stucked at the guild concerns. @whoiscavenaghi and I, apologie for this

Hey @duOCELOT ! sure no prob.
You are welcome to join us next thursday for the second part.
I will share an unedited recording of the first session if you want to check it, and some other links. The idea would be for you to start putting some materials into a reaper session, as a first step to produce a spatial sound piece.

Hey @nico, would love to see the recording if it’s easily accesible and also any other links to get started. Really enjoyed the workshop, but still not sure where to start with my own composition. If you have any other links related to getting started in Reaper, that would be great!

Hey @ted.iv , all links are in this forum post above

@nico woops, I missed that, thank you!

Hey all! Really sorry but I won’t be able to make this evening’s workshop, I’m tied up with a residency at the moment and will be busy with it all evening. Go forth and learn my friends!