We are allocating 10K NEAR for the Henan Relief Fund via China_Charity_DAO.putnik.near

The NEAR Community Council is uniting in support of our friends from Henan, China. We are allocating 10K NEAR for the Henan Relief Fund via China_Charity_DAO.putnik.near

Henan, China. Since 17 July 2021, China’s Henan province has been affected by severe flooding, caused by a period of recording-breaking, prolonged heavy rainfall. As of August 2, 2021, at least 302 ppl died and 50 went missing, 1.5 million were relocated, and 14.5 million people were affected. @Iota Chen and a few community members in China set up this charity DAO on Sputnik, seeking your help for flood relief to support the families in Henan.

Mintbase is supporting this effort by offering artwork on Mintbase, where 80% of the sale would be donated to the charity cause (most artists chose to donate 100% afterward)

The fund will be used for supplies for the relocated families, medical supplies, and other post-flood relief activities.**

If you would like to make a donation, please kindly send your $NEAR to CHINA_CHARITY_DAO.SPUTNIKDAO.NEAR

This is great news! Thanks NEAR Community Council for supporting Henan, China. Thank you @Grace for helping this fundraiser.

This is entirely a community driven & community owned project. NEAR community members in China @scifx initiated this and he has helped a ton on organizing, community facilitating and promoting! Artists in NEAR NFT community @scifx @laowei @leftblack @hhs @wangjie @Nearbits @starpause and many others, generously offered their art for charity sale and donated 100% to the DAO.

This proposal has been well received in Chinese crypto community. A strong message has sent: We NEARians are united together for humanitarian cause. The event has also demonstrated Block-chain and DAO is perfectly for charity. We are establishing partnership with institutional charity organization and the influence keeps growing…

we are closing up and announcing the total on Monday. Our Goal is to raise 20k NEAR. 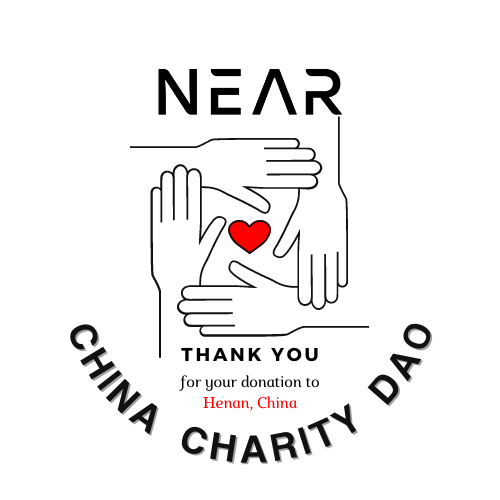 Good news, thanks for the support and appeal of the official community!

You are really a good person, and you are the one who gives the most. Thank you for your contribution to charity. Without your support, things can’t happen, thank you again!

For anyone who’d like to contribute. We have NFT’s can be collected on Mintbase:

Direct donation, please kindly send your $NEAR to : china_charity_dao.sputnikdao.near 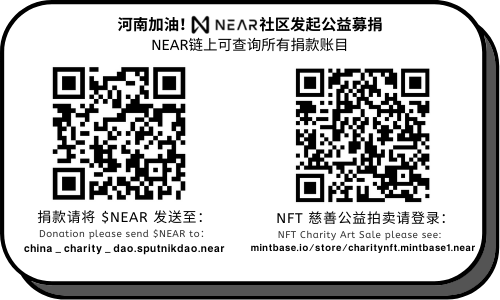 Will there be a donation for Turkey, Germany, Poland, Ukraine, Russia, Belarus, Belgium, Brazil and dozens of other countries affected by the disaster?

I’ve created a new proposal for the communitysquad donation to china_chairty_dao.sputnikdao.near:

If you audit original transaction yourself you will see that the SputnikDAO UI shows the proposal as passed (which is accurate), but no money was transferred. This is the function call which was kicked off when the proposal passed:

I was able to find the relevant transaction using Finear | NEAR Defi dashboard developed by a community member.

Hopefully! It requires someone to take initiative.