Hello there
this is the report of

first one was done on 17th of Nov. We started a bit late due to Nearcon event during which the sputnikdao proposal expired several times. @David_NEAR and I carried out together David represented us. the AMA was in English and they translated it into Turkish during the live (text) AMA.
i think it was worth. It attracted attention from Turkish investors and both active crypto users.
here is a ss from the announcement tweet: 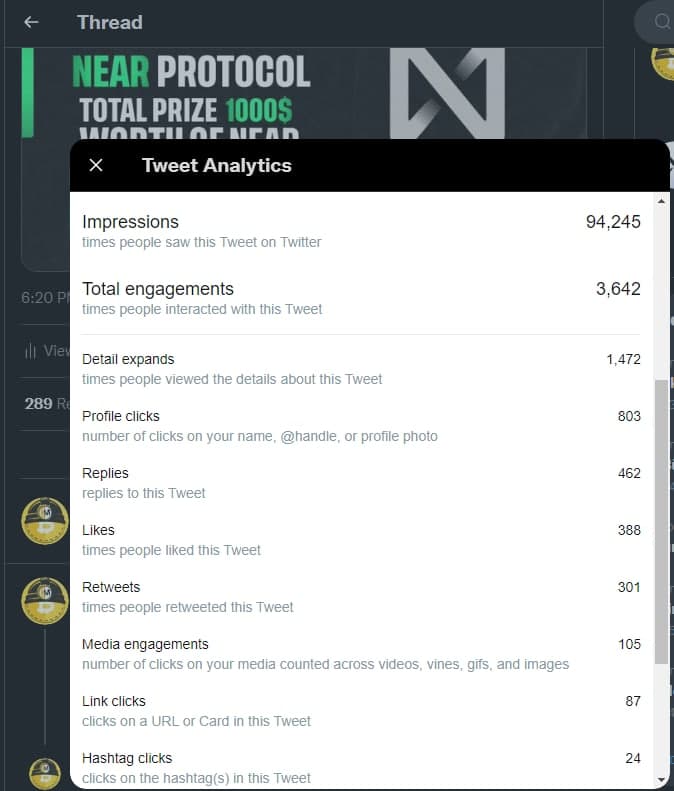 hey there! we are going to do the first one on 17th of November, 06.00PM at Telegram: Contact @Coinmuhendisi @David_NEAR will representing us and I will also be there. Feel free to accompany us

all subject transactions above can be seen here: https://explorer.mainnet.near.org/accounts/yns.near

**in between these transactions you can see sending 0.25 *4=1N extra spent which was spent for Nearcon Poster event. Those guys were making some trouble on the main chat and complaining a lot. So i did a quick image search and wallet check and sent each 0.25 after making sure they aren’t asking multiple times.

The second, third, and the fourth was in Turkish. I represented us and tried my best, feedback were positive. (you may visit their groups and ask for feedbacks)

the third AMA recap was published here as we agreed on https://koinsaati.com/near-protocol-projesi-topluluk-yoneticisi-kripto-raptor-ile-ama-etkinligi/