The BeatDAO got off to a beautiful start in the month of Jaunuary after premiering its much anticipated NEAR Mixtape launch which held at the Playground in Cryptovoxels.

First off, all participating artistes and music producers were paid their balance as projected when the NEAR Mixtape was initiated during the November funding request by the BeatDAO, and also funds disbursed to the owner of the Metaverse space rented for the EP Premiere. Details of all regarding the NEAR mixtape are detailed here

Second activity of the month which is the Beat submission/competition was a success, last month the guild registered nine entries, which is a far cry from this month’s participation of 19 entries from within and outside the NEAR Ecosystem. 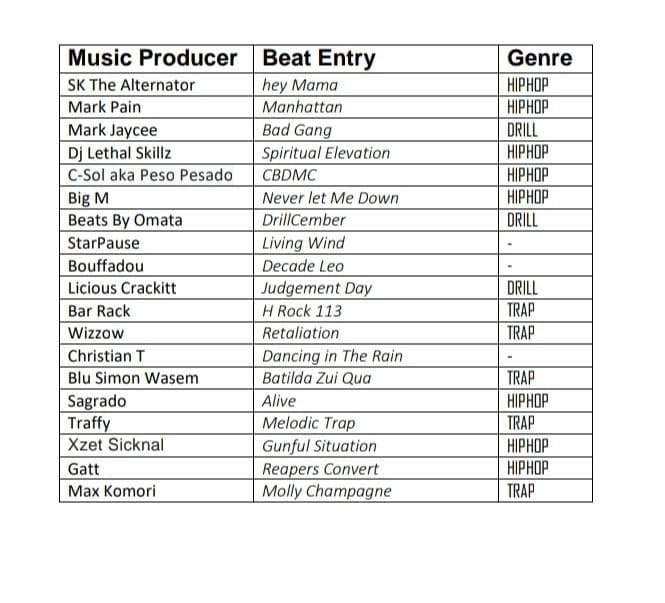 Due to logistical reasons we were not able to hold Beat attack as intended for the month of January. This is because council member @Paul first had to learn about live streaming: a needed feature for Beat Attack, and the music producer whom was selected for this month’s edition is still yet to deliver. The guild is hoping he’d fix up his equipment and give us our first livestream for Beat Attack, if this doesn’t happen within the stipulated window of submission, the guild intends to suffice this by having three beat attacks for the month of February.

BeatDAO Socials were really optimized to great use for the NEAR Mixtape and the Beat Competition. Community growth and engagement attests to this.
Twitter/Instagram
Discord Server.

It is good to note that council member @Paul ran into some extra costs for his diligent effort in trying to mint the NEAR mixtape and its artworks on the DAO mintbase store, sometimes the mintbase interface can be quite confusing to engage. But it is good news to note that the DAO was able to cover this expenses with the sale of its NEAR Mixtape 3xr gallery. Also some unforeseen cost was incurred in trying to set up Beat Attack, the DAO had to pay Max of NxM Live for education of how metaverse streaming works. This cost the DAO $350.

Total Sales of NEAR mixtape plus artworks: 44N

The DAO worked really hard this month to provide logistical information by engaging the community with necessary information for the community to interface with the DAO’s various initiatives. This month, I and council member @Paul would be accruing ourselves DAO management remuneration of 30% of our initial January funding, this antecedent is reminiscent of last month when the NEAR token price depleted and this affected some of our projections for DAO management.

The BeatDAO is looking towards a very productive month in February, we are focusing on reach expanding initiatives and Creatives would be excited with what we are offering.
See y’all next month