Project: This project, “4 mão 2 canção [4 hand 2 song]”, will be carried out by me and @calebav and will take place through a video call and a face-to-face meeting every week during the last three weeks of the month.

Objective: The objective of this project is to record two songs composed from the scratch by the two musicians, with different musical backgrounds and trajectories. The two works will be available as NFTs at Nomade Label store, with 10% of the revenue going to the label To this end, me and Caleb will use different recording platforms (from audios from social networks to recordings in open source software, and more) and instruments as possibilities that expand the creative dialogue.

Rationale: At a time when face-to-face activities return transformed and in which the telematic presence is reaffirmed, the very process of composition and recording between two musicians who have never worked together could be understood as an artistic workshop in which two different artistic practices exchange knowledge and have the unexpected as the only horizon taken for granted. So, the possibility of other NFTs (and Antimétodo lessons, and so on…) arising from this experience is not excluded.

Context: With both musicians having an impactful presence on Web3, ironically the first time Caleb and I had a conversation was face-to-face at EAT, the inaugural event of Nomade Label DAO where we both presented our latest musical research. From there, we nurtured the idea of working together on compositions to release together as NFTs, something that resonates with the initial idea of Nomade Label as a record label, years ago. It would be an honor to help this DAO on one of its first forays in that direction. 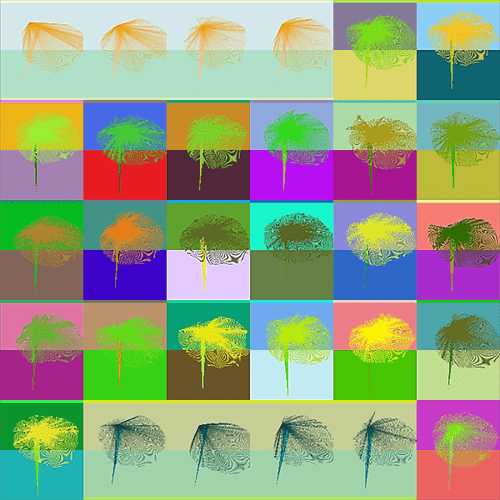 Gabriel Felipe Jacomel has been a professional musician and composer since 2000, having shared studios and stages with a multitude of artists from different parts of the world since then. As a vocalist, he recorded with Balanço Bruxólico the EPs eponymous (2007) and Episódio Piloto (2010), and, with Café da Manhã, the first EP of the band (2013), having also lent his voice to a portion of music videos and shows from both Indisciplina project (between 2011 and 2013) - composed of different people from the Santa Catarina music scene at the time - and the music & poetry project Tudo Que Acontece Hoje Acontecerá, together with composer Ju Malinverni. Songs by his band Balanço Bruxólico are also included in compilations on CD and digital media. In 2016, already living in São Paulo, he composes the song Fuga together with the band Cavalo Zebra, being a constant presence in the trio’s concerts since 2017. With the arrival of the pandemics, he became part of Selo Ambulante, an independent record label, and the band of indigenous artist Edivan Fulni-ô, playing percussion on his first EP, Segura Minha Mão. He is currently in the studio with the band Lúbrica and has recently released his first Early Play as a drummer, Dramático Quente, by the duo Freud and The Motherfuckers! 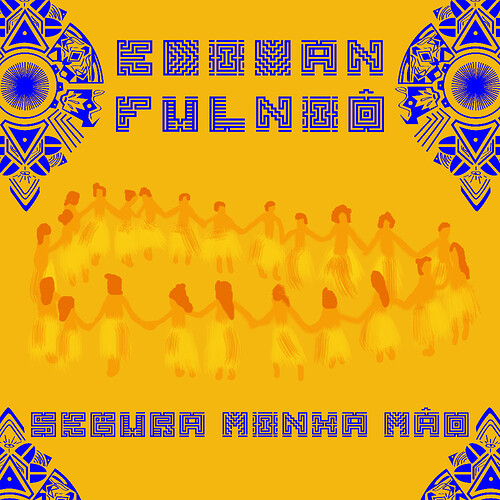 We are ready to go! really nice to make this happen! thanks to all the Community! Soon more about the project here 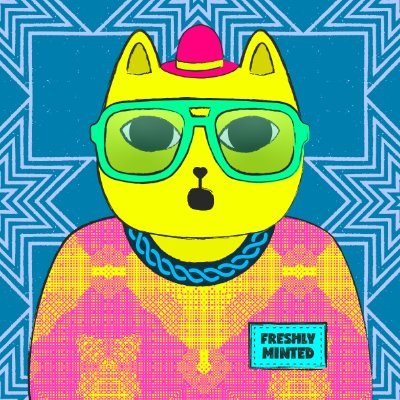 This project, “4 mão 2 canção [4 hand 2 song]”, will be carried out by me and @calebav and will take place through a video call and a face-to-face meeting every week during the last three weeks of the month. Caleb and I are now finishing our second web meeting where, in addition to exchanging references about the two songs that will be recorded (Something good and FOMO), we improved the visual part of the next transmissions.

Tomorrow is our first day of recording and today we also talked about the order of the songs to be recorded, as well as the instruments. We are very excited and intend to get lots of shots throughout the day! o/\o

Here’s the last online transmision, people! The songs are ready to go, soon we’ll post more information on the release ^^ 4 mão 2 Canção by @gabrielfelipejacomel and @calebav #near @nomadelabel - YouTube

Thank You guys to Make to process jump out from one proposal to another!
great to hear this music on Cha com bolo <3

Can you please, just write a roport??

Those April weeks regarding the project were a great musical adventure for me and Caleb. We feel that we have successfully met our expectations and, having produced the two proposed songs within the set deadline, are preparing the gifs and background texts that will accompany the NFTs this first week of May. Each song will have its own release, as well as unique graphic references.

Experience: as expected, we started brainstorming about what these songs would be in a first virtual meeting, from which, in the first interaction, each project member suggested a baseline idea that would be developed F2F. From Caleb’s lyrics that originated the song “FOMO”, we decided that both records would talk about (in English) the Web3 environment. On the very night of the first broadcast, I sent the idea for the arrangement and lyrics I had for the second song that came out, called “Something good”.

Production: there were approximately 20 hours of face-to-face work at Caleb’s studio, divided into three production meetings and one encounter to perform the two songs – at the ecstatic event EAT + Chá com Bolo. Part of the virtual meetings was also transmitted via web so that the public could follow the union of the different modes of production of each one in a kind of workshop on musical creation.

Publicity: the three broadcasts (links above) were aired on various platforms of the Zydron musical project (mainly YouTube and Twitter), with sharing on the social networks of Nomade Label and others involved. Caleb also developed exclusive art for the project’s lives. Several stories throughout the production were also produced by the duo and shared on Instagram @nomadeagenda, with most of the audiovisual records being shared in the folder related to Nomade Label’s marketing.

Acknowledgments: We are immensely grateful to Nomade Label for the opportunity to create these tracks, as well as the NEAR ecosystem for their support. We also want to thank all the people present at EAT + Chá com Bolo, who with their dances, cheers and applause made what we tried to communicate in the form of music in these three weeks of project come true. 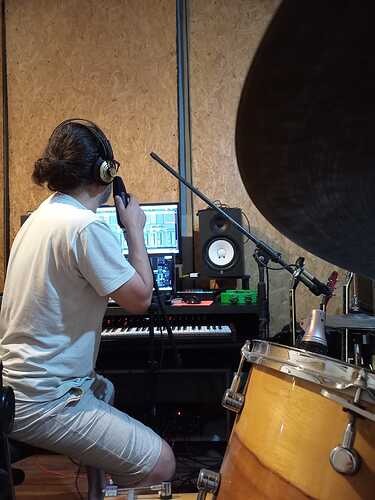 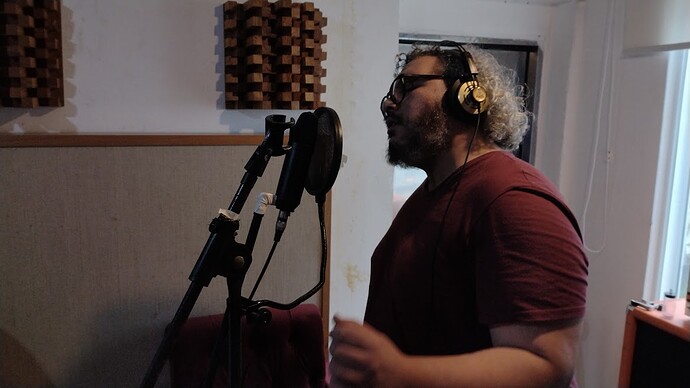 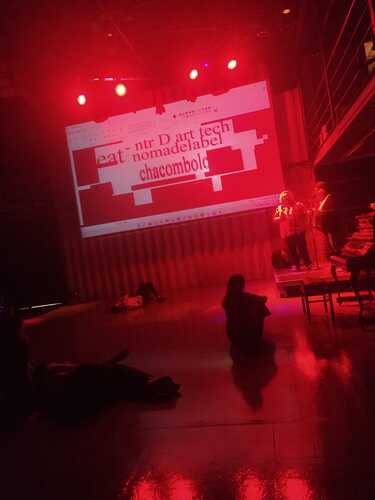 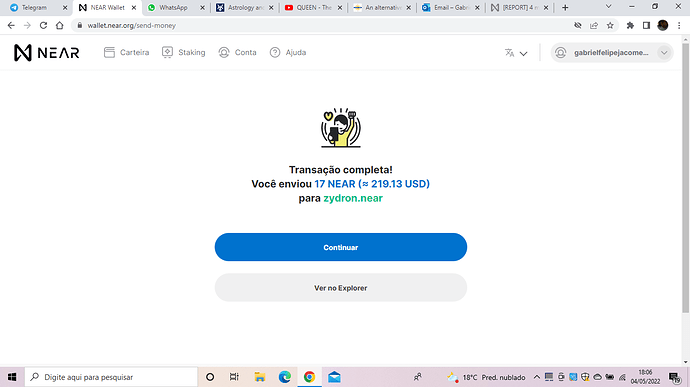 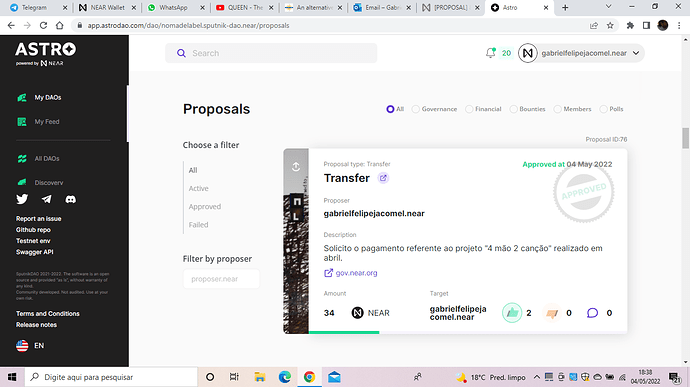 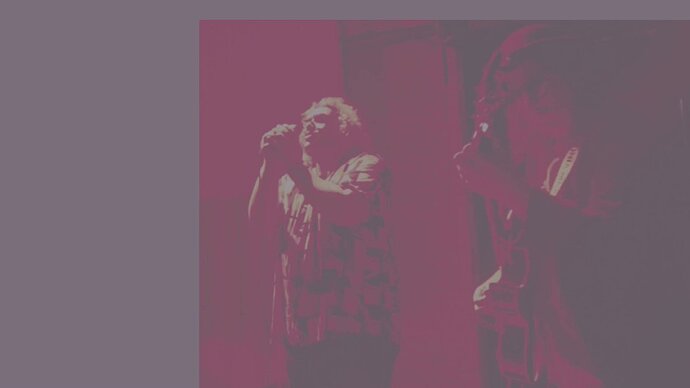 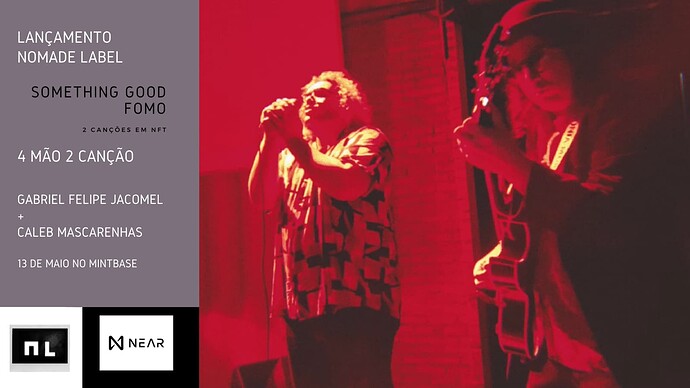 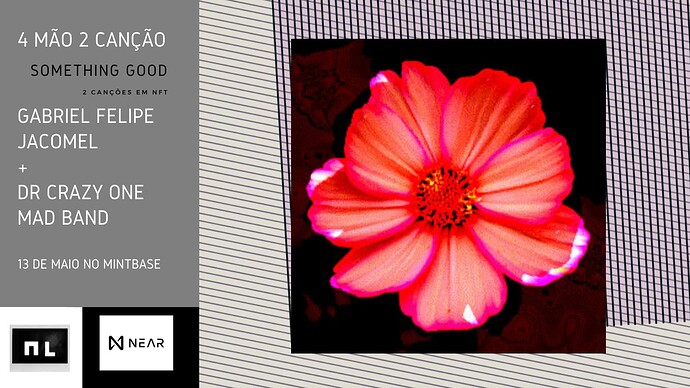 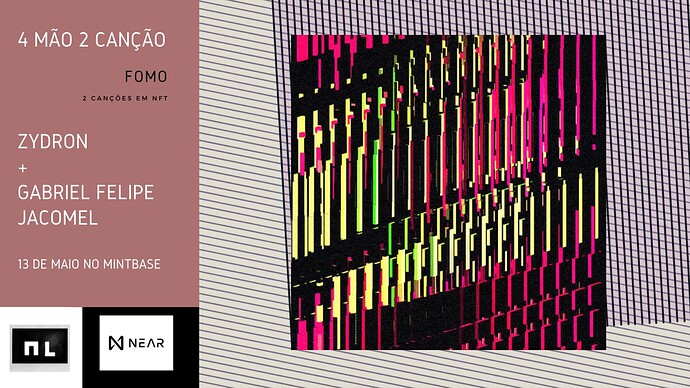