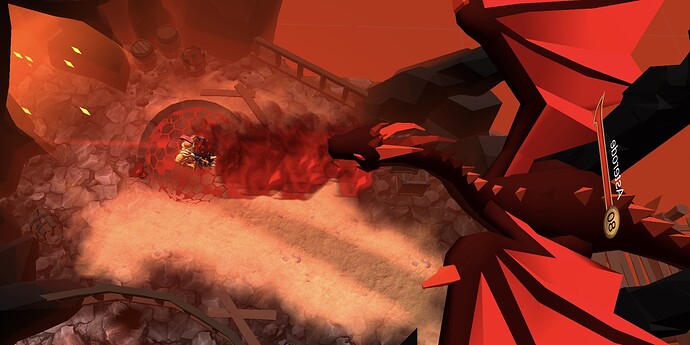 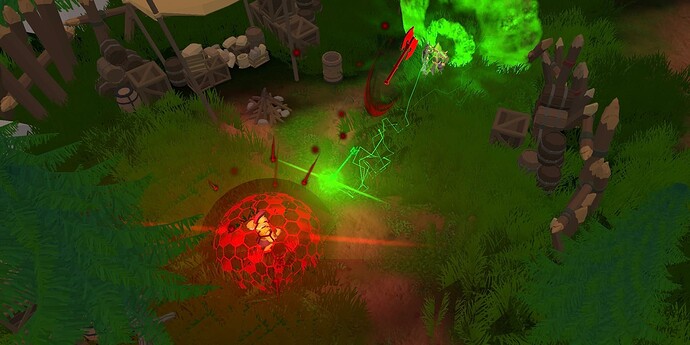 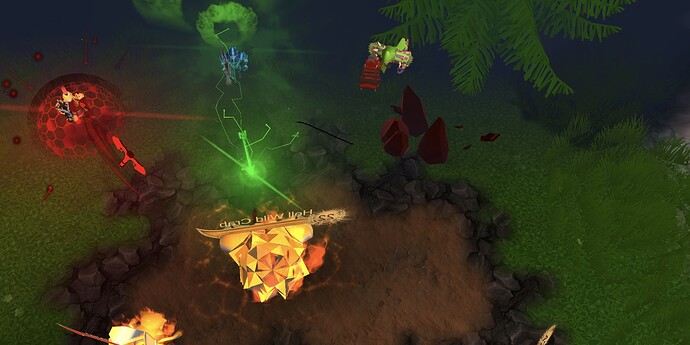 World of the Abyss (WOTA), originally conceived as a free-to-play game, has a game mode with Web3-functionality based on NEAR blockchain protocol.

F2P/Web2-players still can enjoy playing the game according to their expectations and will not be pushed to become Web3-players, however, WOTA will be subtly making F2P/Web2-players aware about the option to discover benefits of the Web3-functionality. This strategy will result in smooth Web2>Web3 players’ transition and will boost mass adoption of blockchain/GameFi.

NFT weapons, armors, jewelry do not fall from the killed players, it is also impossible to sharpen, craft and increase their rarity as with regular non-NFT items.

Their performance characteristics like the attack speed for PvP/PvE content, the chances, and the power of critical hit, etc., could be increased by NFT PvP currency (see Currency section for more details) and stones, which fall from other Web3 players (players carrying NFT-items), when they get killed. These stones fall from the killed Web3-players instead of their NFT-items. So Web3-players never lose their

NFT-items even when they get killed, until they wish to sell them on the marketplace at Celestial Island.

Legendary, Epic, Unique & Rare NFT-items with special performance characteristics, are indestructible, and do not fall from players when they are defeated.

NFT-items can be sold and purchased on the NFT-marketplace at Celestial Island. The marketplace will be integrated and operated by a 3rd party platform - Vorto Gaming, which will legally accept fiat and crypto currencies for payments and payouts to players.
We are also developing NFT-mounts/pets breeding mechanics to play and earn with.

Most of the profits will be re-invested in Web2/Web3 marketing to increase the customer base and boost Web2>Web3 players transition and mass adoption as well as to support Play & Earn economy.

We do not limit access to WOTA by buying NFT-items, hero or pass. The game is fully accessible for everybody both in Free2Play and Web3 modes at any moment.

As it is known most of the games are sustainable, because of the in-app purchases wealthy players and ‘whales’ are making in the game.

By applying smart combination of Web2+Web3 models there will be a positive social and economical impact on all players:

So the above setup will:

Another positive feature is true democracy provided by smart DAO mechanics.
In Web3-mode all clan members vote whom to invite and which roles to assign to clan mates. Roles have weights in the clan. Once the clan members are assigned with roles by their clan leader in F2P or roles assigned through voting in Web3, they are entitled to receiving the share of the clan’s profit, the voting rights for F2P (in Web3 the voting rights are granted to clan members by default), so, for example, all people in the clan with roles can contribute to the decision-making on how to utilize the resources by voting.

Clans can rent off their land to other players or clans and receive the rent payment Gold or Crystals, the rent payment goes to the clan’s treasury and a clan leader (F2P) solely decides how to utilize these funds.

In Web3-mode clan members together decide how to use their resources. 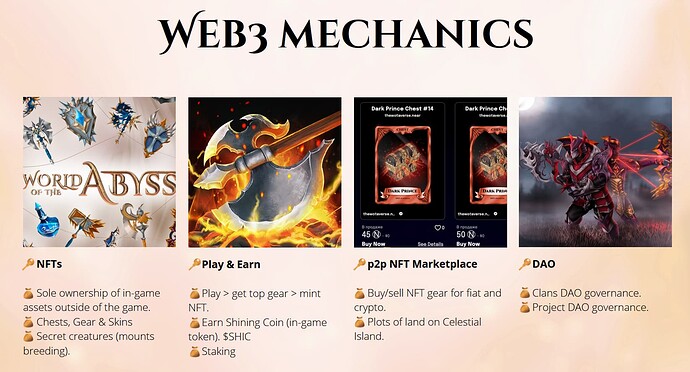 Impact on NEAR ecosystem :
As we are going to use mostly resources and traffic outside NEAR ecosystem, the impact will be significant:
Growth of NEAR users base due to:
- Transfer of Web2 players to Web3 NEAR users by promoting Web3 mechanics
- Transfer of P2E players from other protocols to NEAR Protocol
- Transfers of investors/speculators from other protocols to NEAR Protocol
NEAR ecosystem education
The project itself is a good showcase of application of Web3 mechanics in gamedev for other studios and teams. 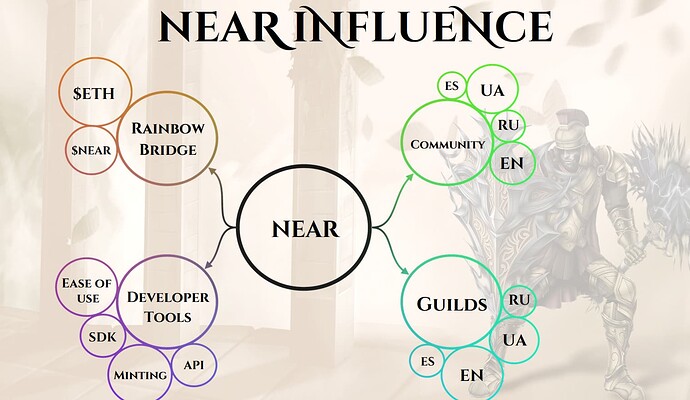 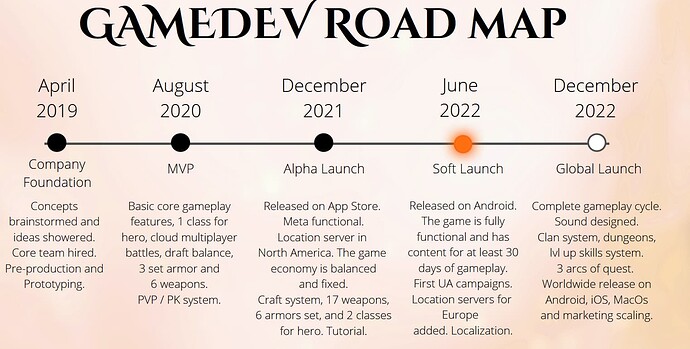 Team:
We have a cool team of highly qualified, expertized and energetic professionals with experience in developing game projects.

We started as a small team consisting only of a few members. For now, we have 16 team members including us as co-founders/management team.

We have a very professional development & marketing team consisting of 13 people including: Unity developers, 3D/2D/UI/UX designers, Game & Narrative designers, 2 marketing specialists including SMM & crypto marketing, and even HR recruiter to get the best team members at the best conditions.

Actually we cover almost all of our needs with a current team and support we receive from our partners. 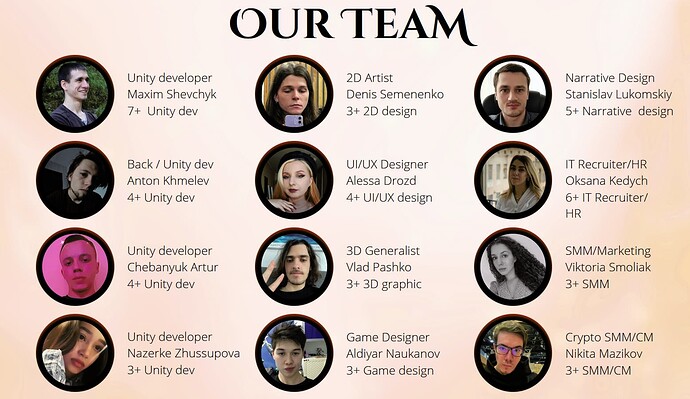 For now we are building very close and practical relationships with NEAR Protocol, Human Guild, Vorto Gaming, TENK DAO, Paras, Play-on-Near and some more in a process of establishment.

We request funding with a grant for development runaway & completion of implementation of Web3 mechanics on NEAR protocol.
During that time we will be actively preparing our documentation, increasing retention metrics and continue searching for investors/publishers to obtain funding for marketing boost by the time of global release.

Requested Amount: US$ 30000 equivalent in NEAR