in this topic I am going to represent you the Near Turkey Blockchain Academy.

As Turkey DAO (turkey.sputnikdao.near) our aim is to focus more on Development and Education. For that we have decided to run a Blockchain Academy and give Turkish University students the chance to learn about Blockchain / RUST development and generally more about NEAR Protocol.

We have made a preliminary agreement with EtkinKampus www.etkinkampus.com, which organizes events for students in universities in all provinces and has more than 5000 members, to hold workshops on blockchain and Near. We need a budget of 7500 dollars together with EtkinKampus to produce the workshop content specified in the attached brochure. The participation is expected to be around 1000 people considering the event that was held with Huobi Turkey in the past. Among these 1000 people, students from departments close to computer engineering, mathematics and software will participate. The number of people in the telegram group of the etkinkampus can be checked in the attached screenshot. 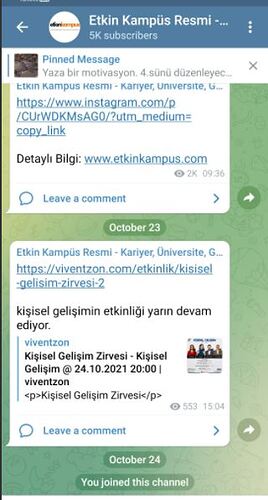 In the future, after this training, Rust training and Near smart contract development trainings are planned as separate workshops. 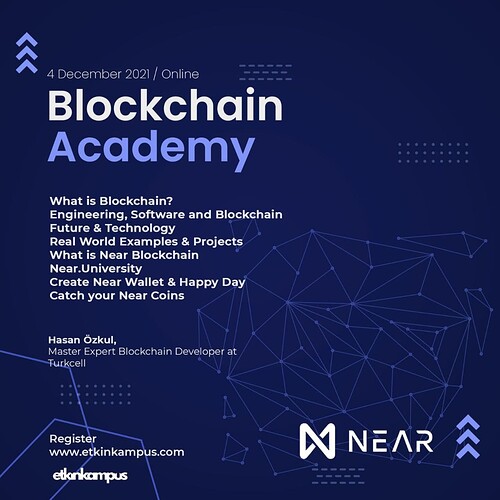 Further details will be discussed via meeting with Education / Marketing and Development DAO community.
Hasan Özkul (Master Expert Blockchain developer at Turkcell) @hexablock will be the representator of the event.

Total budget: 7500$ + student near coin distribution
(Rewards for participation for the students will be in $NEAR
~ 1 $Near / student is not included in the budget as it depends on the amount of student participation)

1: Getting Started to Near