Ivvi Romão is a model, dancer, producer and actress. It will also be safe to call her an activist, as she has been working hard to demystify the theme of transsexuality and does not intend to stop there!

Ivvi Romão launches a festival to bring together and celebrate the diversity of being who you are, defending and creating space for artists and the entire LGBTQIA+ community in the Lisbon scene, in a philanthropic event where all funds will be directed to institutions and community-oriented causes queer.

The second edition of FUND FEST will take place on May 7th, with the aim of raising funds for Ivvi Romão’s genital rectification surgery and Jaja Rolim’s Master Degree, a trans women actress and performer. Featuring Queer artists, FUND FEST #ivvi’sIIedition invites great personalities from the Lisbon scene to present themselves in what could be the first edition of an innovative event that mixes music, performances, visual arts and a lot of close-up, like talks.

The event will take place at Casa Independente and Mãe Solteira Records is promoting it. We’re asking NEAR fundings to promote the event (the artists will play for free, since it’s a donation event).

We want to NEAR sponsor this event. Astrea, one of Mãe Solteira Records’ artist and founder, will be playing and will be talking to people about NEAR Ecosystem, as well as onboarding people for free.

The money we’re asking will go to:

1 - We need 200€ to promote the event on Social Media with paid advertising;

2 - We need money for Press, since we need to reach as many people as possible. This money will be for writing the article (where we will say what is NEAR Protocol and that NEAR sponsored us). We’re going also to make an interview for Rádio Quântica, a platform that aims to be a safe, communal haven for underground Portuguese artists and activists to make their voice heard.

3 - We need to print out posters, the design will be made for free, as this is a Donation Event, and it will also have a QR code to the same link. Ivvi will put NEAR on the Sponsorship header, like Mãe Solteira has on its linktree.

4- Stickers to attach in Lisbon to promote the event and will have a QR Code, where you’ll find the link to buy the ticket and, if we receive this funding, we’ll put NEAR links on this QR code)

5 - Producing an event is always a delicate and hard-working job: building the line up, creating the décor, we have meetings, we need to think about strategies to include NEAR and onboard people. We’re inclusive thinking in making a talk about how Web3 and NEAR can help LGBTQIA+ and BIPOC artists to improve their careers. The money will be split between Ivvi Romão and Sofia Garrucho, since they’re the producers of this event.

This project will bring a lot of visibility to NEAR, since it will be promoted by Ivvi, will be having QR codes all over Lisbon with NEAR links, and Astrea will be in event onboarding people!

After the approval, all payout proposals will be made on NEAR; members of the Mãe Solteira Records DAO council and members of the community will have the reference of 1N = $15.58.

I hope you like our monthly budget and agree with it! Have a nice month! 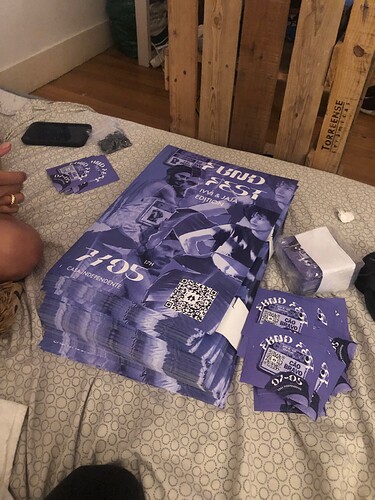 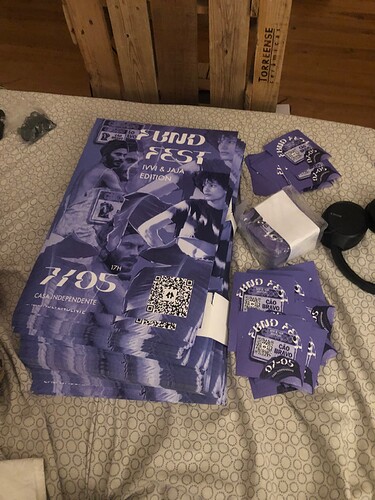 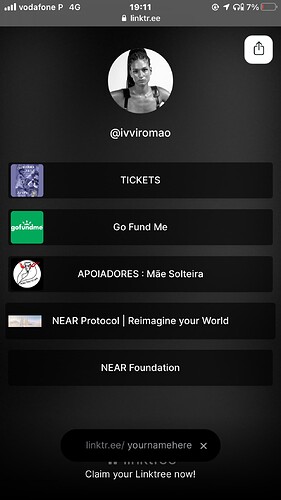 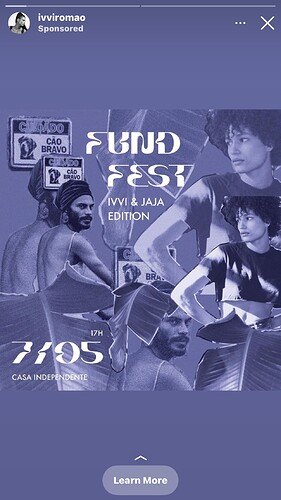 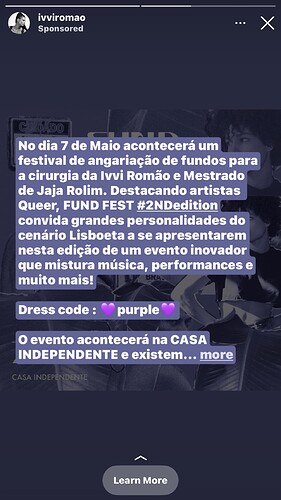 We paid to sponsor the event on social media, we printed posters and stickers and paid to a men to paste them around the center of Lisbon.
We made line up with six DJs, two performances, a light design installation and we’re still working on the decoration.
The theme of this party is purple, everyone who’s in Lisbon is welcome to this party

Also, we put Near logos on the QR codes that are in the posters and the stickers, and also wrote on the event description that NEAR supported this event! 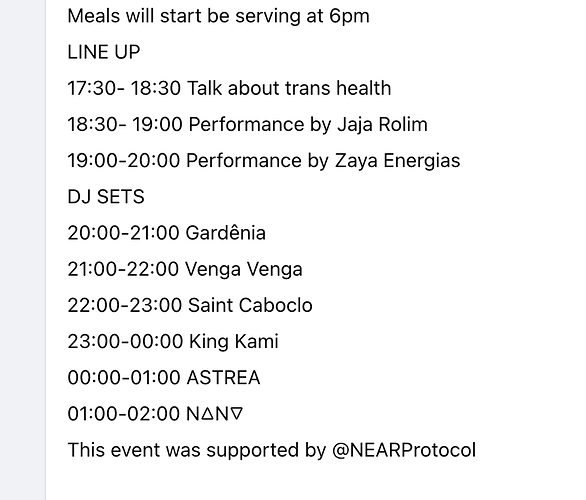 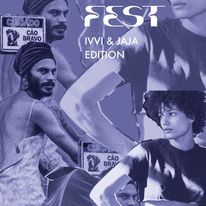 We also made a gif to put on our Mintbase Store, although, as we have been hacked, we’re trying to make sure our account is safe to put in on sale