Berry club has formed a Tragedy of the Commons due to the lack of governance mechanism. 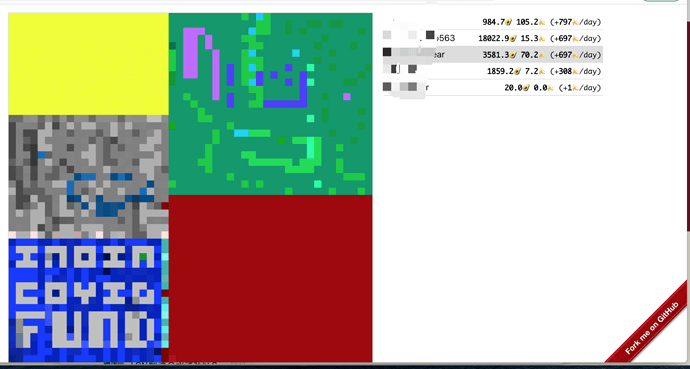 A large number of participants only pursue farming bananas and destroy creators’ works, which violates the purpose of Berry club to serve creators.

Declare war on the berry pixel destroyer and defend the creator’s homeland.

Berry Knight DAO will be created on sputnikDAO.

Every creator(or AI ) can submit a proposal in the DAO to apply for knight protection. The protection period is determined by the DAO vote.

Berry Knight can get 20% reward of bananas from Battles periods, Creator can get bananas automatically.

80% of the bananas produced by the Knights defeating the saboteurs are used to buy back BKT (20% reward to Knights ).

Apply for 1000 NEAR for Berry Knight DAO.

This seems like an interesting idea. Might be great for the upcomming hackathon in the NFT-Gaming, Social Token, and Governance Challenge bounties.

May 14 - June 6 Open Web Community Conference + Hackathon Join Creatbase as we host our first NFT-Centric Hackathon! From May 14th - June 6th, hack at your project and participate in weekly events and AMA's while earning NEAR tokens. Everyone is...

ruled by DAO,In the first stage, it’s a human being, in the second stage it’s a AI robot.

For the robot part, take a look at GitHub - evgenykuzyakov/workshop: A bot for a berryclub and I’m glad to support you with questions.

Also, a glimpse in the future, with Sputnik v2 I’m sure you can automate something interesting.

Hey @jack, would love to see you present this ideas to hackathon! Glad we talk about this yesterday and see members show a lots of interests.

Whether Berry night DAO should be a community effort or a robot tool, let’s discuss more and gather BerryClub Chinese community’s thoughts.

Would like to help you with presentation materials if needed.