Near Floripa around the world!

Near Floripa is breaking the bank

This post has the goal to present what we, Near Floripa, have done during our first couple months of existence! Twitter content, discord community, articles and events that are just the beginning of the insertion of Brazilian communities into the Near ecosystem.

As some of you know, we’re an initiative constructed by Brazilian entrepreneurs and developers focused on spreading information about the Near Protocol. We also are a collaborative project who has the main goal to be a Brazilian “arm” of Near Protocol, starting as a regional hub in the beautiful city of Floripa! We’ve made a post explaining who we are and you can see it right here.

We’ve been producing content on twitter, discord and medium with articles, such as “How to start on NEAR” and “How to receive grants on NEAR”, but this is not the only thing that we’ve been doing by the past month.

In fact, we were able to arrange a MeetUp to discuss how the use of Near Protocol changed the way that us, as users and developers, see and use the blockchain in our favor. It happened at the Web3Hub in Floripa and there were over 30 people, some that were already into the protocol and others that didn’t know anything about it. 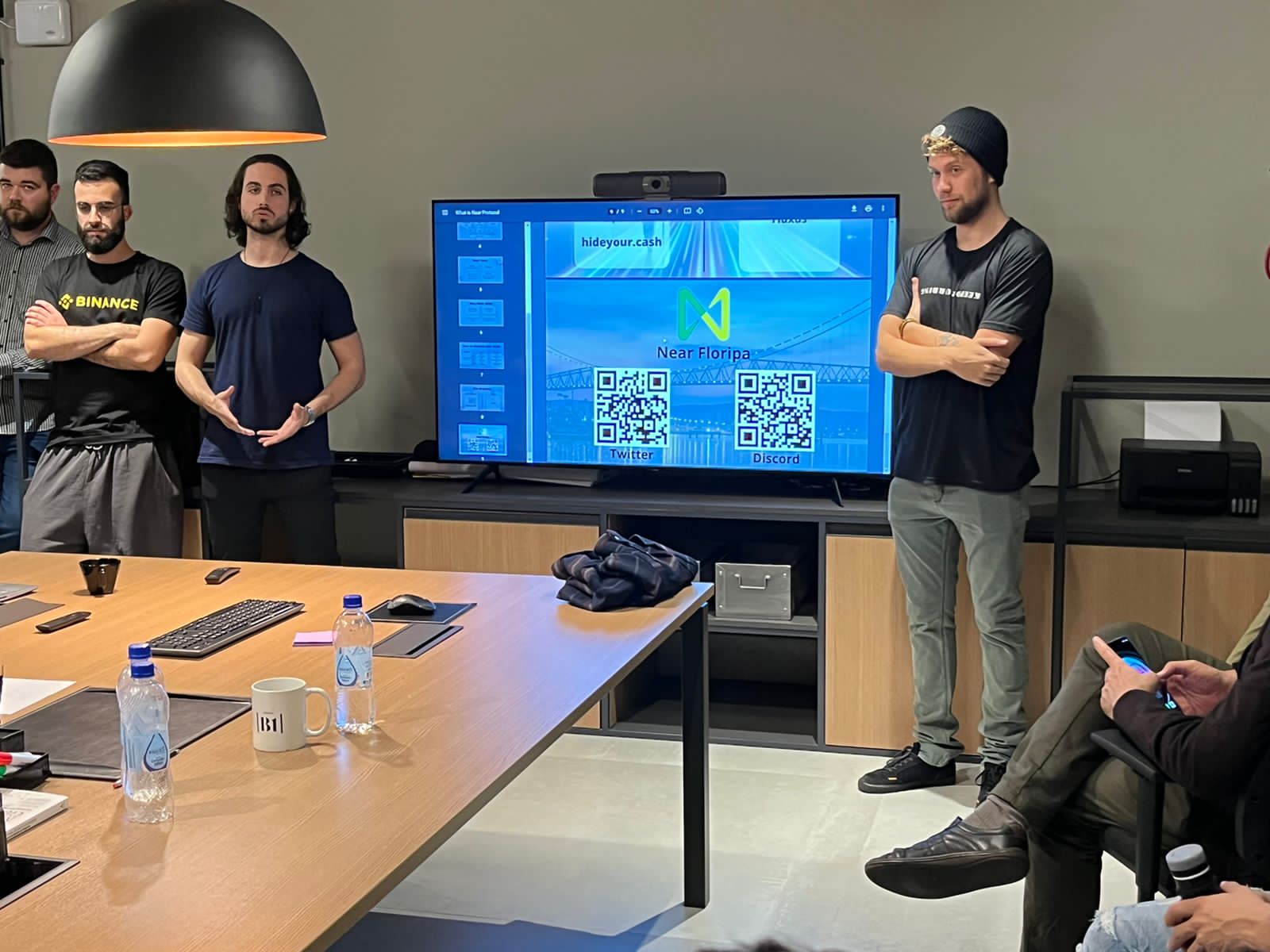 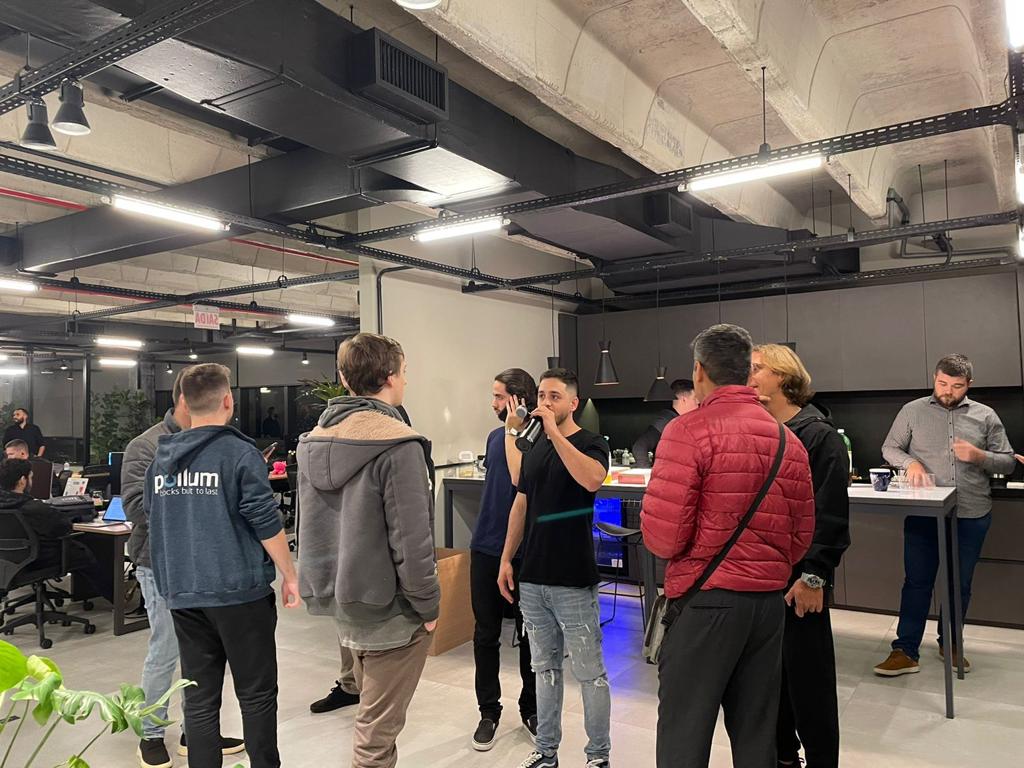 As you guys can see, it was a success! Networking was created, questions about the benefits of Near were made, and most importantly, it was the kickstart for the development of our regional hub!

The MeetUp was idealized by our partners: Hack-a-chain and Fluxus, mentored by Claudio, from Metapool, who’s responsible for NEAR Hispano.

Beside the MeetUp we participated as guests in the FioCrypto event, a weekly crypto happy hour that happens in Floripa. It was a nice moment to expand our little community and create some networking with people that hadn’t heard about Near yet. 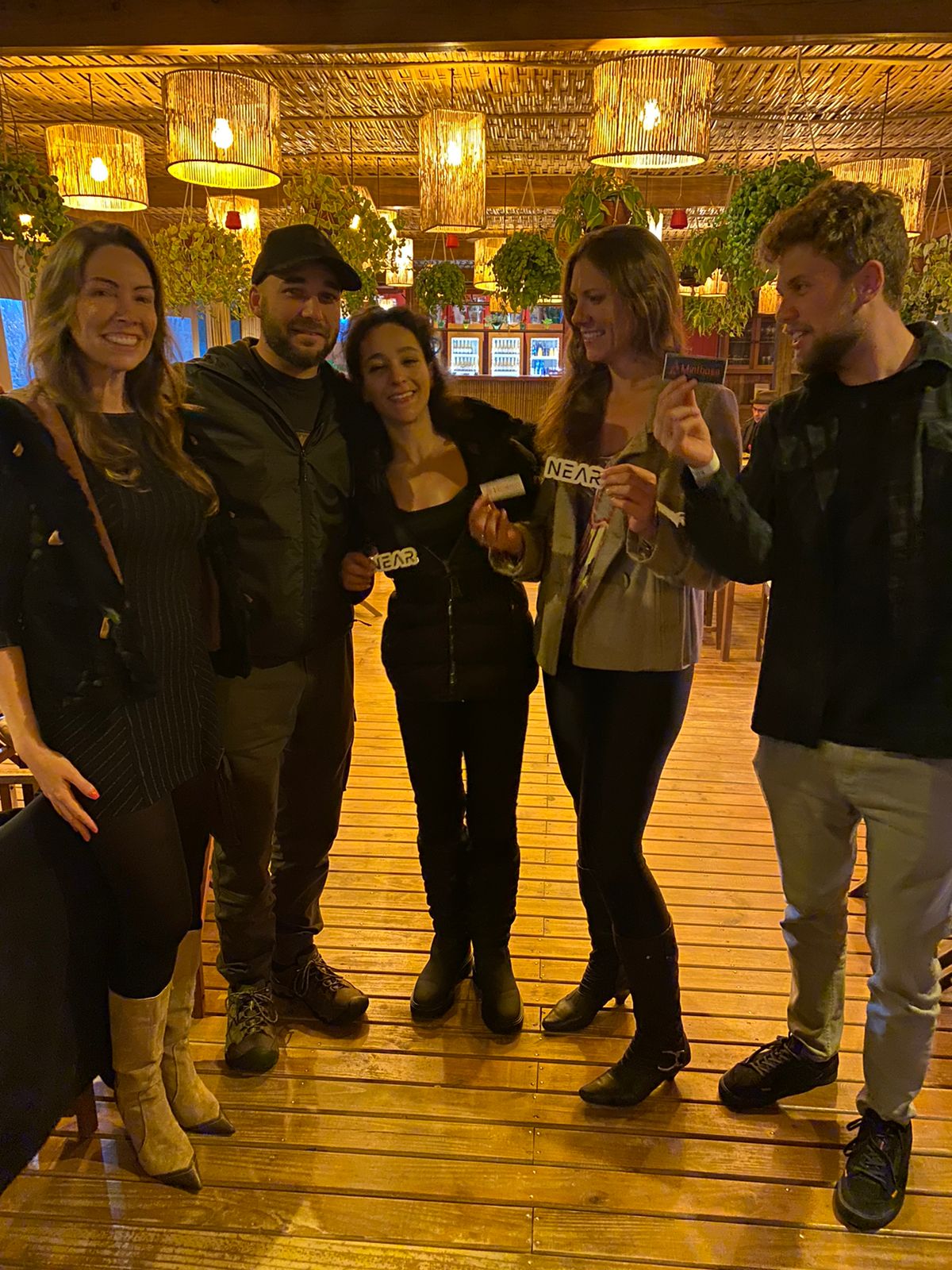 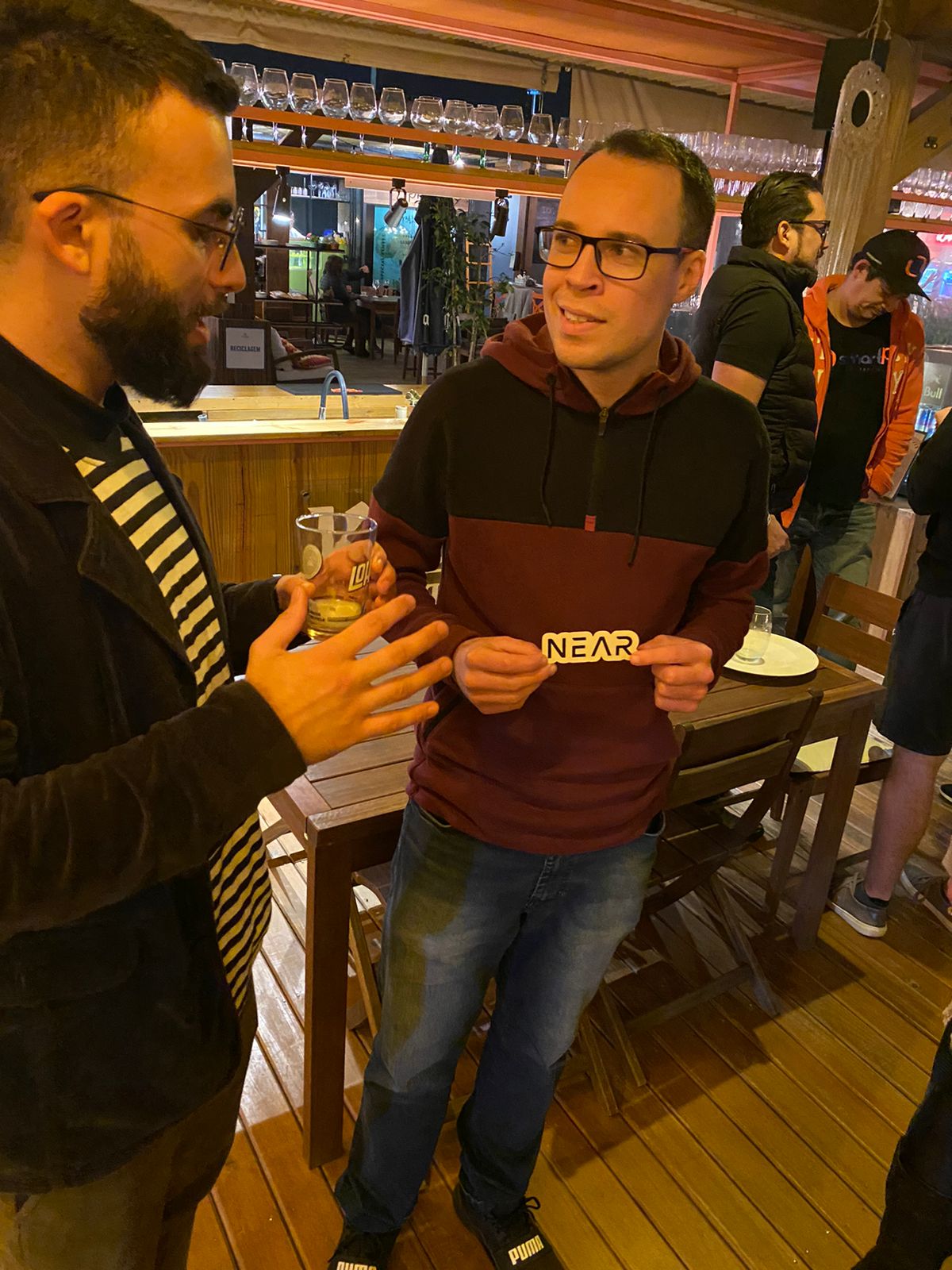 Alongside our partners we’ve experienced on those last days to be part of a greater event, BlockchainRio. It happened on Pier Mauá in Rio de Janeiro on September 1st to 4th and was a great opportunity to promote NEAR ideias, content and our community so far.
BlockchainRio was an event organized by entrepreneurs for entrepreneurs with the goal to teach and educate about the growth of web3 in Brazil. It was shaped to include and to present all types of projects that were developed by Brazilians. The event helped us to get known by our own Brazilian people, which was a great step to evolve our thoughts, ideias and feelings alongside the web3 community. 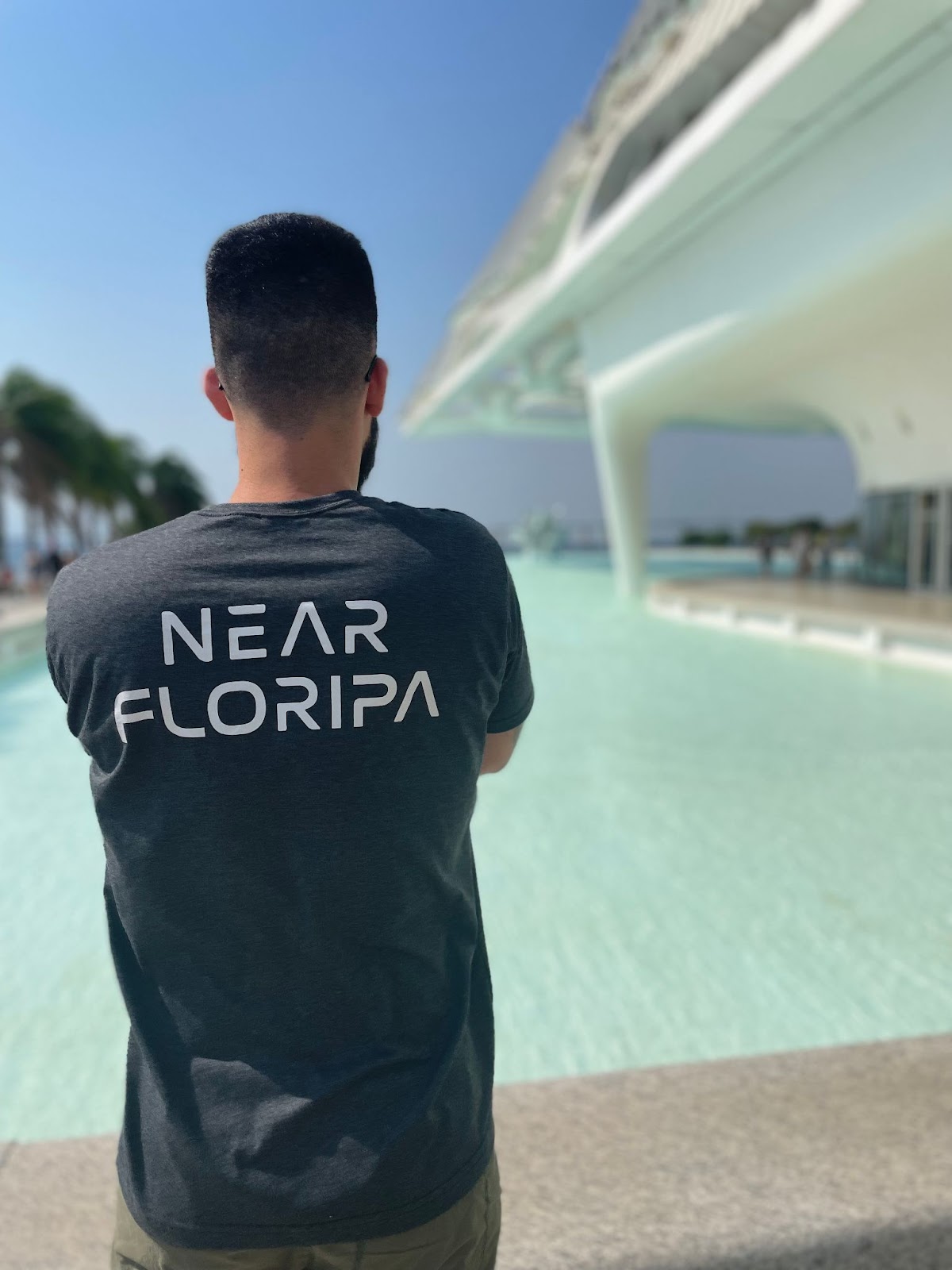 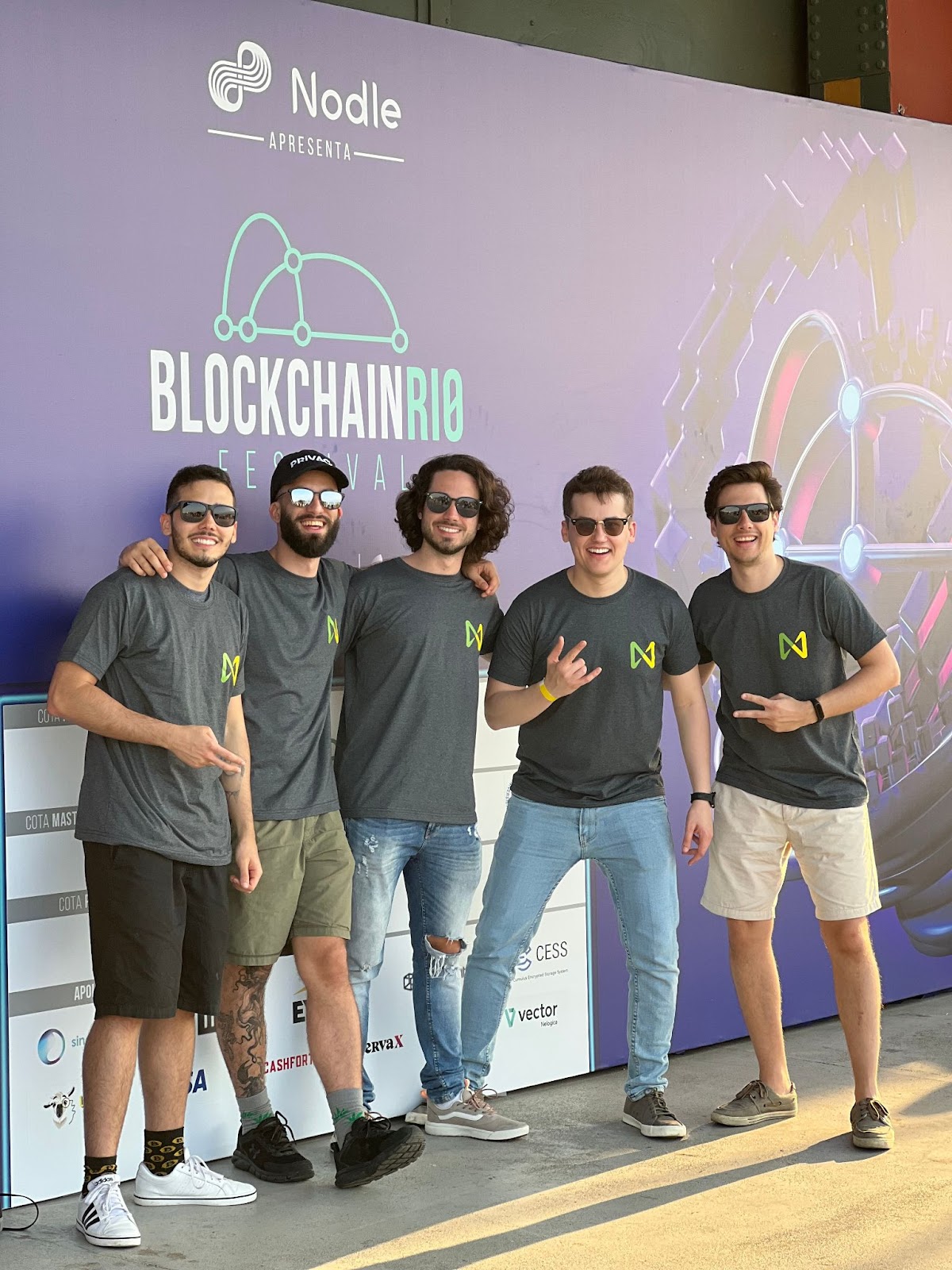 Lastly, but probably most importantly, we had the amazing opportunity of participating at NEARCON 2022, in Lisbon, from September 11th to 14th. What a great experience!

Hack-a-Chain and Fluxus were there representing the NEAR Floripa team. We had the opportunity of meeting other regional hubs, Near Foundation members, builders and investors on the ecosystem.

We also participated at the IRL Hackathon, where Hack-a-Chain was able to develop its Private Transactions Protocol, www.hideyour.cash, and Fluxus evolved with its aggregator tool!

We are really thankful for having this opportunity and even more bullish on building on NEAR after seeing the great community and ecosystem that’s being created around NEAR! 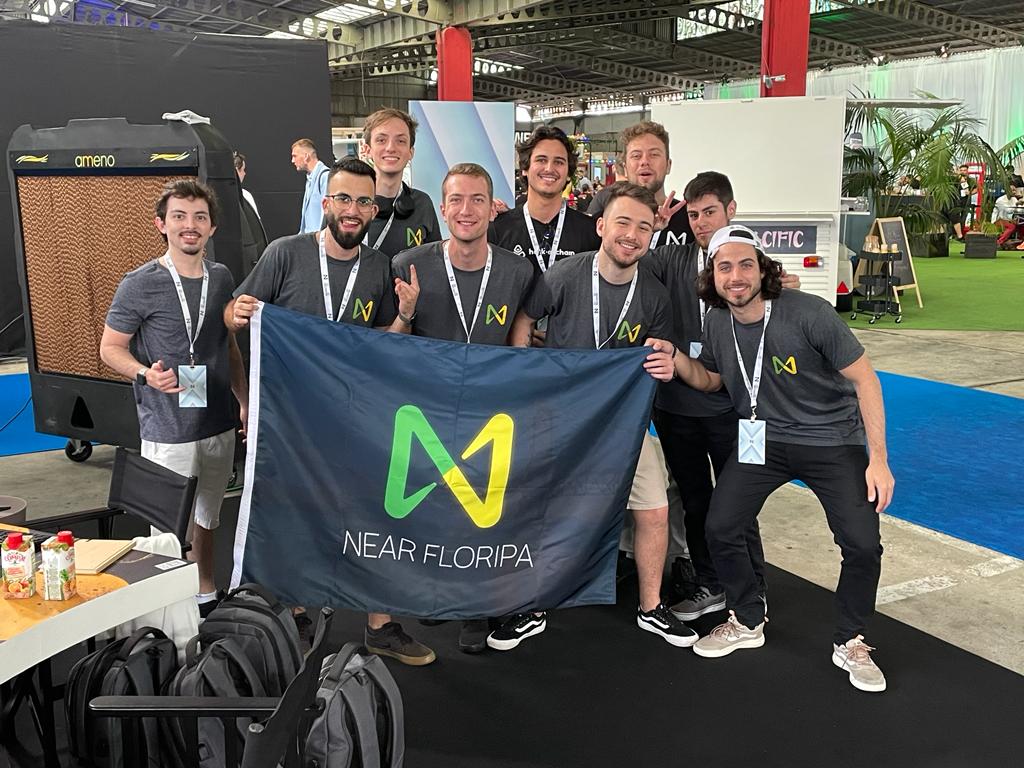 Near Floripa is a small regional hub in Brazil, but with a lot of energy and a great team of builders. We’re very excited to keep helping NEAR’s presence grow in Brazil and these activities were just the beginning of a long-term project!

For the next step, we want to organize new meetups, hacker houses and hackathons, while keeping building a digital presence for NEAR in Brazil!

If you’d like to support us, it would be a great support by following us at our twitter!

The future is NEAR and Brazil is part of it!

Agreed my brother, let’s get the South American community going! We’re going to be in Bogota very soon, hope to see yall there

Had the pleasure to meet some of those NEAR Floripa t-shirt holders in NEARCON… great talents and people. So glad to have met you guys!