[Introduction] Near Floripa: Regional Hub on the Brazilian "Silicon Island"

It has been almost a year since our first contact with Near, so we’ve definitely learned a lot and met tons of great people along the way.

For the ones that don’t know us yet, we’re a Yield Aggregator and Optimizer that started its construction after the last NearCon (2021), where we also began conversations with the Near Foundation about creating a Brazilian regional hub, since our team is based here. The idea became more realistic once we met other Near entrepreneurs, such as @hackachain, and started working together at the same web3 hub, in Florianópolis (Floripa, as we call it), a beautiful city in the state of Santa Catarina, south of Brazil.

This post has the goal of introducing the city, the project, and the team behind the creation of a Near regional Hub in Floripa (floripa.near). We’re happy to get community feedback and support! 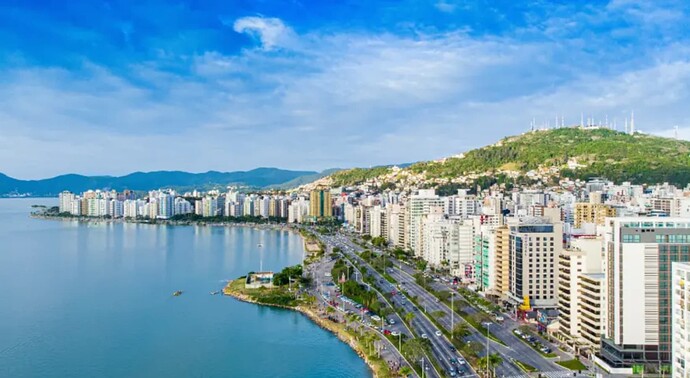 Floripa is an island full of energy, nature, and, of course, technology. With the highest human development index (HDI) among Brazilian capitals, Floripa has been growing its tech ecosystem by attracting companies, creating a tech-friendly community, and boosting private and governmental incentives for startups.

The city currently has at least 3,941 technology companies, which, with annual growth of close to 15%, with the biggest rate of companies per inhabitant of the country (five companies for every thousand inhabitants), surpassing cities like São Paulo and Rio.

The capital of Santa Catarina also won the position of 15th best-evaluated city in Latin America and the Caribbean by the Global Startup Ecosystem Index 2021. Due to all of this technological growth, Floripa has been kindly nicknamed “The Silicon Island”.

Inside this tech ecosystem, we’ve been accompanying the growth of a first-of-its-kind web3 hub that connects everyone working with web3 in the most famous tech park in Floripa, called “Primavera”, where the Santa Catarina Technology Association (ACATE) and a huge number of startups are located. 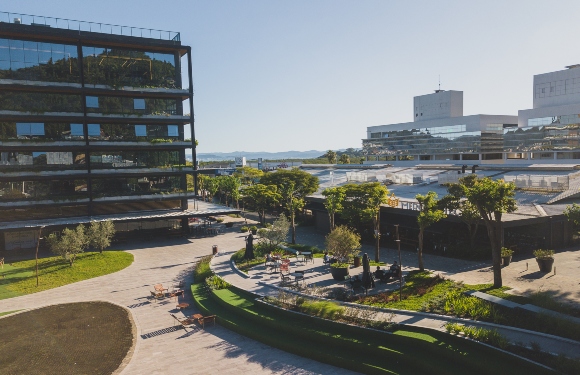 The Web3 Hub has its own office room inside the building and welcomes anyone that works with web3 to work there for free and be part of the community. There are over 50 people frequenting the place and a lot more that take part in the events we organize.

Here is where the Fluxus and Hack-a-Chain team have been working for the past months, alongside other important Brazilian web3 players, such as AlmaDAO, Alga Digital and KassandraDAO, and where we want to kickstart fomenting the Near Floripa ecosystem.

Near Floripa - The project

Even with only around 5% of the population holding crypto, Brazil is the fifth country with the most crypto holders in the world, leading America Latina. This means two things: first, Brazil is already a big market for blockchains to act; second, there’s still a lot of room to grow.

Even though there are opportunities in the whole country, we believe that it will be more effective to concentrate our efforts on Floripa at the beginning. That’s because, as we said before, it’s where our team is based and where we already have a large community.

Besides that, our Web3 Hub is growing very fast, and it’s set to become the biggest web3 hub in Brazil over the next few months. Through day-to-day connections, in-person events, media coverage, and visitors from all over (especially big Brazilian finance & corporate names curious about blockchain) both Floripa and the Web3 Hub are becoming national symbols of the blockchain space.

With that in mind, we are starting efforts to bring more Near awareness and eventual adoption here in Floripa and Brazil as a whole. The ones that work close to us already acknowledge what Near brings to the table, but there’s a lot to cover and a great deal of work to be done to attract a whole new contingent of people into Near.

This is why we already created our Twitter, Discord server, and Medium publication to share content on Near and light the spark for building a Brazilian community.

We are aware there a varying types of profiles and communities to be onboarded, each of them with its intricacies and optimal approaches. Because of our background, we’re kicking off with the focus of bringing in more developers into the network.

Our next step is to conduct regional Meetups - inside the beautiful Web3 Hub - and introduce Near and its opportunities to builders and enthusiasts.

Over the last few days, we found for the first time other Brazilians here on the forums asking the same question as us: “Are there other Brazilians building cool things on Near?”. We are really excited by how different the backgrounds and expertise of these newfound members are, so it’ll be interesting to connect with them and expand the areas we can cover here - both geographically and content-wise.

In the long run, we envision the creation of a whole Brazilian community around Near, able to build and interact with the blockchain, generating value for the whole ecosystem through its own, new take on adoption. 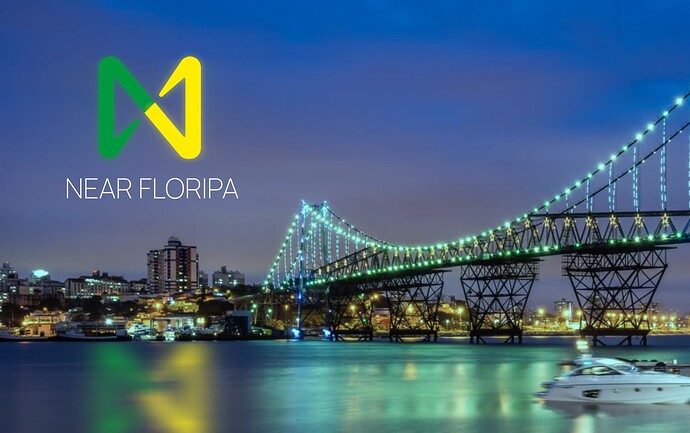 As described before, Near Floripa is formed by a team of web3 entrepreneurs, led by Fluxus and Hack-a-Chain, experienced Near builders. We also count on what is likely one of the largest networks of partnerships that can help us grow our community. Here’s a picture of some of the people on the team after a Near-driven day of work in the Hub! 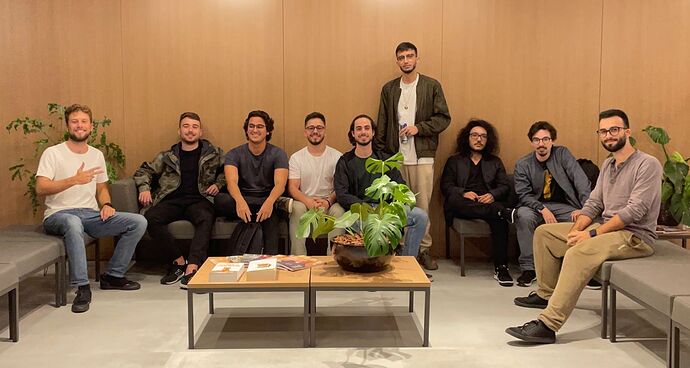 It’s important to make it clear that floripa.near’s team is not restricted to the projects mentioned above. We have other independent members working on different projects, both inside and outside the crypto space, and are also interested in helping bring Near to the spotlight here. Being a dev or tech-savvy user is definitely not a requirement to join us as well - we have social media, product, and marketing specialists too. Above all, we’re all learners, so different types of knowledge are always welcome!

Florianópolis has been silently attracting a ton of Web3 nomads from all over the world. With that, other protocols & enthusiasts have also established vibrant communities here in Floripa and are more and more coming up with interesting events around the island (eventually outside as well).

From events inside universities to fully-fledged crypto conferences, our team has been attending them and repping Near’s tech, projects, and community. As web3 advocates, members of our team have presented lectures, panels, and walkthrough sessions on smart contracts, DeFi, and blockchain topics as a whole. 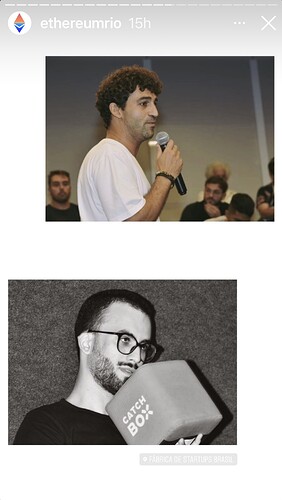 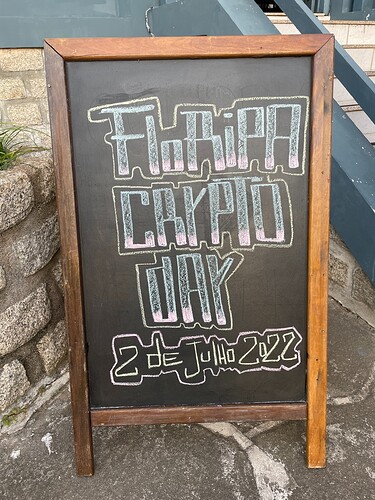 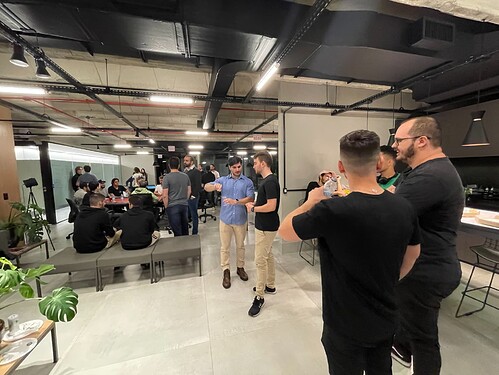 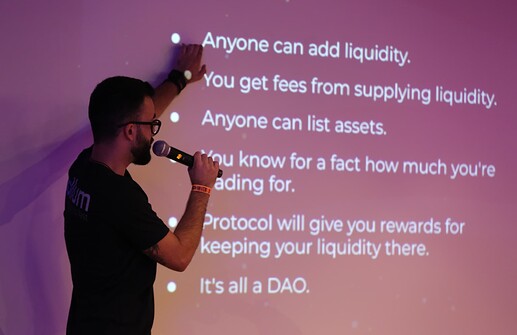 What can the Near Community do to help

For now, we’d be glad to listen to the community’s ideas regarding the creation of the regional hub and get some feedback on what we are doing. Connections with other local hubs, intros, suggestions, and tips are more than welcome.

Other Brazilian readers are also strongly encouraged to join us on Discord so we can chat about collaborations and meet-ups! It doesn’t matter your level of immersion on Near - it would be great having you as part of the community and evolve together in many different areas.

We’re very excited about the creation of Near Floripa and are very happy to be sharing this with the whole community!

From the high-quality tech to the strong community that we have met, it’s been a great journey into Near so far. We want to expand our efforts to make this network grow by introducing Near to more Brazilians and creating a thriving community.

We hope this introductory post showcased clearly our overall intentions with Near Floripa. The possibilities from here are quite expansive - Brazil has a lot of interesting business, marketing, and growth opportunities for Near and, in time, we believe we can leverage our network to further catalyze the protocol expansion within the country.

This post is important to us as it represents an official start of something we’ve already had in the works for the last couple of months and organically started taking shape up to the point we have a clear action plan ahead.

The Near Floripa team will keep the rest of the community posted on our progress here on the island and we hope to hear back from you so we can co-create the Near presence here.

The future is Near and Brazil is part of it 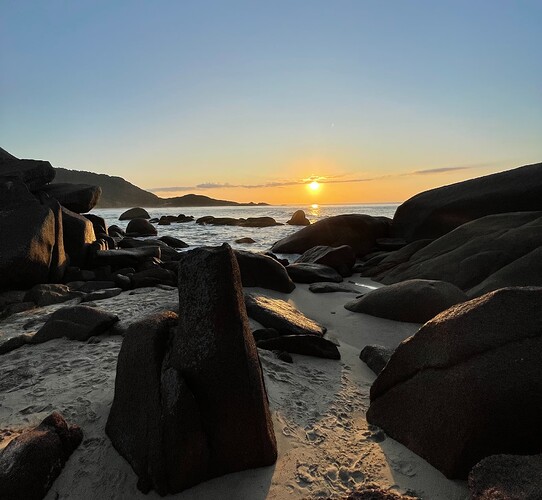 Happy to be part of this! Lets go!

Hey everyone, super proud of our community here on the Magic Island

Expanding a bit on Fio Protocol’s Floripa Crypto Day in Selina - it was quite the event with people from all over the world, and many Near Floripa members were there.

Here’s the official recap video, alongside the event coverage on Instagram.

An awesome project made by awesome people, Floripa is the best place in Brazil to have something like this

Amazing, many cool things will come from there

Really glad to be part of this. This community has a lot to bring and develop!