Women, BIPOC & LGBTQIA+ communities have always been in a subaltern place in society. Mãe Solteira Records, as you come to know, is a label dedicated to the edition, agency and promotion of artists that are from these communities.

We’ve been learning the NEAR ecosystem for a while now. Some of our artists have already played at NEAR organized events: Astrea played on NEARCON, at the Muti’s “BlockParty” and on Incubadora’s “Poliedro” at cryptovoxels, and Marianne won the first place on a Multiverse’s Prize for the best Music Video. We have created our Astro DAO, the council is complete, we have some of our artists’ pieces on MintBase Store, and they also have their NEAR wallets.

This month, we’ll have the release of “Memory Palace”. This release contemplates a compilation of exclusive themes from 15 artists and will be available on several streaming platforms.
We believe that investing in information is also opening doors to an unanimous awareness in the deconstruction of a standardised society. For this reason, we decided to revert half of the release revenue to QueerIST.

How did the name Memory Palace come about?

As in the Method of Loci, or Palace of Memory, we want to create safe imagery through the music experienced in this compilation. We chose QueerIST, a queer core (LGBTI+) of students from the Instituto Superior Técnico (IST) which aims to include, inform and dialogue on Queer topics.
The collective also has a library - a place of memory - with queer and related works, open to everyone, in order to facilitate access to a more inclusive culture, in addition to the most diverse initiatives that have been undertaken.

In percentage terms, the label offers 50% of the total profit to the artists and claims the remaining 50% for donation for QueerIST to buy books.

In short, we hope to be able to perpetuate these artists’ music and, at the same time, we want to onboard more people, and help NEAR Ecosystem to grow. In this way, we thought of asking NEAR to fund this release and it’s Launch Party!

The Launch Party will be at Plantasia, a cultural space in Arroios, Lisboa, on 22nd january, from 4pm to 11pm. We’ll have 2 live shows and 2 DJ sets from artists that have produced songs for the compilation, will have a decoration and production made by Mãe Solteira Records’ Team, a talk (Queima Minha Pele // “Burn my skin” in portuguese) that explores issues from female positioning in music to colorism vs blackness, and we also want to have Tabea Pilze (from Muti Collective) present to be onboarding people on NEAR.

We think this release will put NEAR on people’s mouths, not only in Lisbon, but also in Porto and Berlin (GER), because some of the artists are based on those cities. If you approve our funding, we will also put NEAR’s logo on the CD, on the Launch Party’s poster and on the description of the album on digital platforms.

* There’ll be 2 live shows of 1 hour and 2 DJ sets of 2 hours, they’ll have to open a wallet to receive the payment. The 400$ are going to be split equally by the four artists.

** Mãe Solteira Records Team for this party will be: Kássia Laureano (Communication and booking), Mia Nieves (production, booking), Hugo Lopez (Doormen and production), Astrea (Sound Technician and production). The money will be split equally by the four of us.

*** Anual subscription on SoundCloud Pro. This is also going to be very helpful to us in the future

We hope you liked our project and agree with our budget, so we can have a great and successful party, a triumphant release and, of course, that we can bring more people to the NEAR Ecosystem!

Really happy to see a proposal from you here! So awesome compilation.

I think there’s only 2 things to ask from my side.

Could you please specify how much of each Team Member would recieve, so we can track better the funds? If 220$ split by the 4 of you in same amount just write it to better comprehend.

Currently there’s also no fee to open wallet, but I think you could airdrop that amount in fractions, like a 1$ or something, at least for people to see a transaction happening for better onboarding, you can correct it to “Airdrop” instead of Fee that would suffice.

Besides this I would approve this Proposal, waiting on @tabear review now

Thank you very much for the rectification notes, Tiago! Done, you can check it now

Thank you for this proposal!
I’m happy to see that more activities happen in Plantasia, who are already familiar with NEAR! Maybe people could even pay drinks there with N during the event? An airdrop of 1 or 0.5N for example which can be used at the bar would be a nice incentive.

As for the proposal:
Could you mention the artists which will split the 400$ of the Live & DJ sets

and what this is meant for? (the production of the stream or the artists or sth else?)

Thank you, Tabea, for your suggestions! The idea of paying drinks in NEAR is really good, I’m going to talk with Alice from Plantasia about that proposal!

I did the corrections of what you said it was not explicit enough. The 400$ will be split equally by the 4 artists, and the 250$ is only to pay the Cryptovoxel’s stream. You can check now the edited text to see if is there’s something missing

We are very grateful for having given us this opportunity! We have already made the proposal on Astro DAO

1N has been sent to a different address during confirmation due to the 64 characters which are needed to activate a new account.

Learning for next time: create TG groups for participants or simplify the wallet confirmation (from N side).

We had some troubles with the masters, so we had to postpone the release of Memory Palace VA Compilation. Despite that, the compilation is already available on all digital platforms (Spotify, SoundCloud, Bandcamp, Deezer, Tidal and Apple Music) and soon we will present you the physical edition (CD)!

Thank you very much for funding and supporting this meaningful project. There has been a decline of Near, which affected us a lot, but still thanks to everyone we managed to move forward with our project. And, at the end of the day, that’s what matters the most to us.

The party was a success and the Compilation has been getting a great feedback! We created 5 NEAR Wallets, we’re promoting the album all over the internet and on every description we say that NEAR funded this project! You’ll hear from us soon!

Update on the streaming:
muti DAO aired the recording of the event in NEARhub and facilitated the streaming; 3.2N have been requested from the mãe solteira DAO: 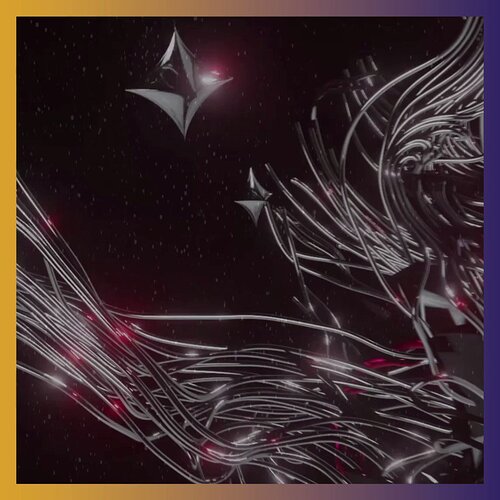