PROJECT TIMELINE:
Holding a collective publication on the Mintbase website on November 17, 18 and 19, 2022 and publishing the list of participants on 11/20/2022.

Announcement to the NEAR community. Even without the resources normally available for actions to be performed by Gambiarra DAO we will perform the MintbaseSunday action, this will be the 12th edition and we hope to continue acting to help in the dissemination of our artists’ NFTs.

Below is information on how this action works so that it is recorded as we present as a proposal all month.

OBJECTIVE:
The action aims to mobilize the members of the Gambiarra store and also other artists of the Mintbase-NEAR network to coin their works of art and participate in a collective movement, remembering to always use #mintbasesunday. The strategy is to put the value of the minted piece at a promotional price below 1 NEAR, thus drawing the attention of collectors and investors in NFTs. The decision of how many copies the piece will have will be at the discretion of each artist. The announcement of this collective movement will be made by the MintbaseSunday team on Sunday and we suggest that the promotional price be valid only during the period of the action. After this period the NFT will no longer count with copies and will cost over 1 NEAR, so it will be up to the artist to put whatever value he wants on the work after the action. In other words, the day of Sunday is a special time to purchase a piece of artwork from the Mintbase-NEAR network.

JUSTIFICATION:
To show the strength of the Mintbase-NEAR network collective through the Gambiarra store and how it is possible to have punctual actions that encourage artists to continue minting their works and creating.

ACTION:
On Thursday, three days before the collective action, artworks can already be minted on the Mintbase-NEAR platform. Artists will have Thursday, Friday and Saturday to perform this action. On Sunday there will be no more artworks accepted, the Sunday will be exclusive for disclosure of the list of participants and promotion of the event, continuing the collective action, will be on Sunday, where everyone will disclose to their customers, friends, collectors and investors the action that is happening. The MintbaseSunday team will prepare all the dissemination strategy that will be delivered to Gambiarra DAO’s marketing.

Full list of participants in the 11th edition of MintbaseSunday 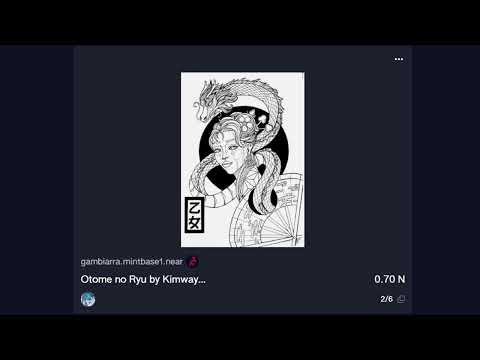 LEARNING:
There were 11 editions of a strong and relevant action for our community. We believe that MintbaseSunday is an effective way to promote the NFTs created in the Gambiarra store. The action becomes even more important since the event has become a tradition in the Mintbase-NEAR platform and now is a time for us to continue to insist on reaching collectors and investors.

EDUCATION: In editions 4 and 5 the project also became educational with the participation of @cleusaraven, in edition 6 with @BiaVictal, in edition 7 with @Mayramendes, in edition 8 with @naju, in edition 9 with @Dazo and in edition 10 with @michanascimento. The artists who are part of the Gambiarra store have shown interest in how the Near ecosystem works. Alexandre Macieira takes advantage of MintbaseSunday to invite members of the community to experience how to participate in a project, so they can learn how to make a proposal, set up an event and participate in the NEAR forum. Thus generating the opportunity to execute an idea and then deliver a report telling how their action was. I am grateful to the Mintbase-NEAR network for this opportunity.

Collection of participating artworks generates an NFT: With the 3XR Space technology it is possible to create a gallery with participating artworks. The 3XR Space system creates the NFT itself by inserting in a single file the artworks from that exhibition. Since the seventh edition we have been using this NFT as our official one. The number of participants was large in this last edition, three galleries were created with the artworks, so we also generated three NFTs, both sent to all participants. Gallery of the artworks participating in the 11th edition #MintbaseSunday, which took place on 16 October 2022. The event born in the Gambiarra store on the Mintbase-NEAR marketplace offers the opportunity for collectors to purchase an artwork at a...

The MintbaseSunday Collection reaches 259 artworks and a total of 85 artists participating in our editions.

Timeline:
Since November 3, 2022 we have been meeting and strategically organizing ourselves for this edition.
As of November 7, 2022 the graphic materials and texts will be produced for the following week.
From November 11 to 16 the texts and the poster will be finalized, and all the divulgation and invitation will be done in the Telegram, Whatsapp and Discord groups of the network of artists interested and active in NFT. All this content will also be available for dissemination in the social networks of Gambiarra DAO. This graphic advertising material, invites artists to participate in the collective minting.
On November 17, 18 and 19 the artworks can already be received and the organization of the list of participants is done.
On 20/11/2022 MintbaseSunday takes place, the link with the list of participating artworks will be available for the collective announcement.

Gallery of the artworks participating in the 11th edition #MintbaseSunday, which took place on 16 October 2022. The event born in the Gambiarra store on the Mintbase-NEAR marketplace offers the opportunity for collectors to purchase an artwork at a...

MintbaseSunday turning 1 year old!! Congratulations @macieira for this project that became part of Gambiarra’s history. From the inclusive part, with new artists participating in the learning process, to the movement on the network with the engagement and participation of the collective. 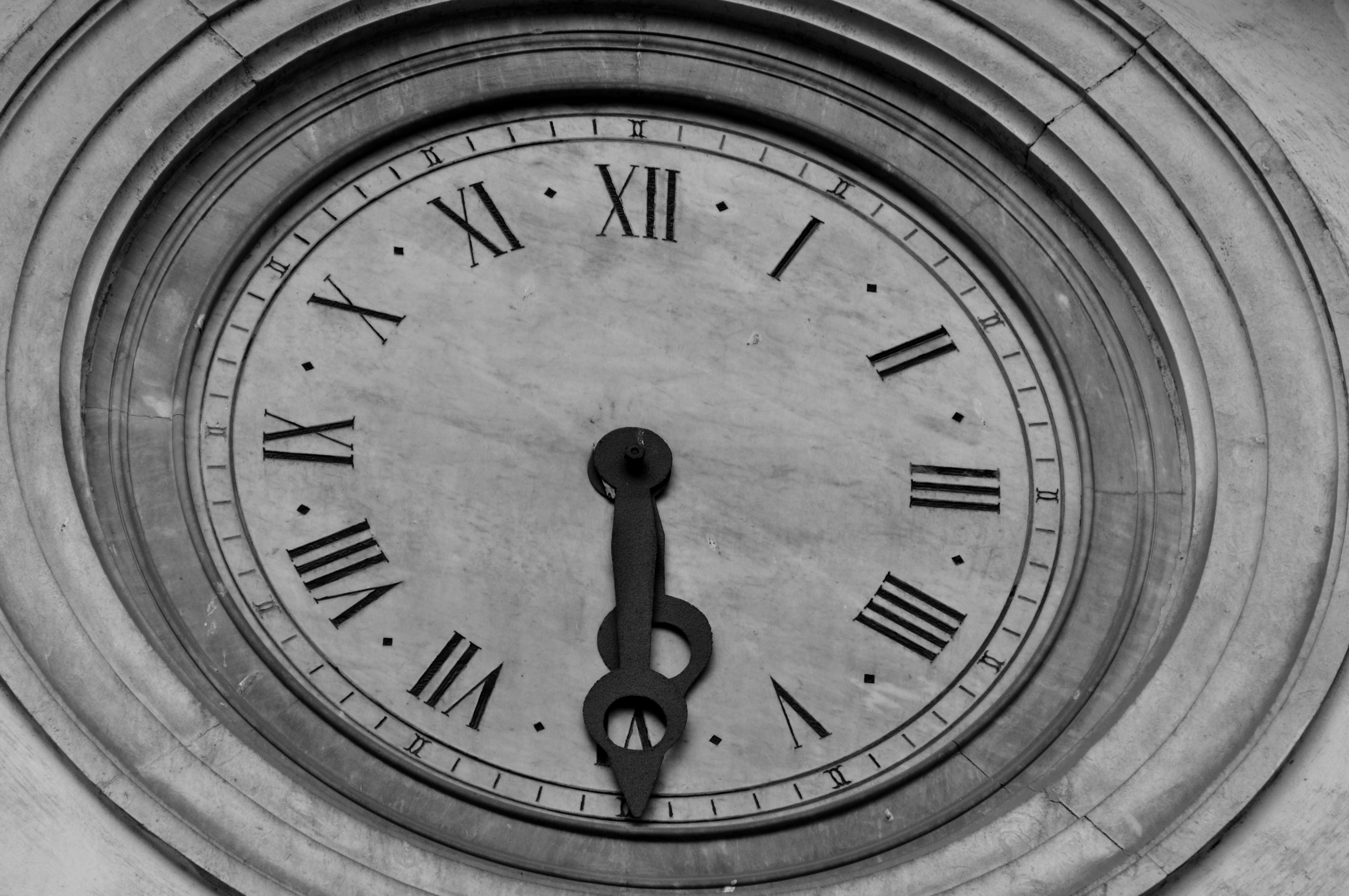 Black and White is a photographic series of my everyday life with some different angles. Image by photographer Alexandre Macieira | www.alexandremacieira.com.br (NFT JPEG high quality)

Here’s my contribution to MintbaseSunday.
6 editions minted in total. 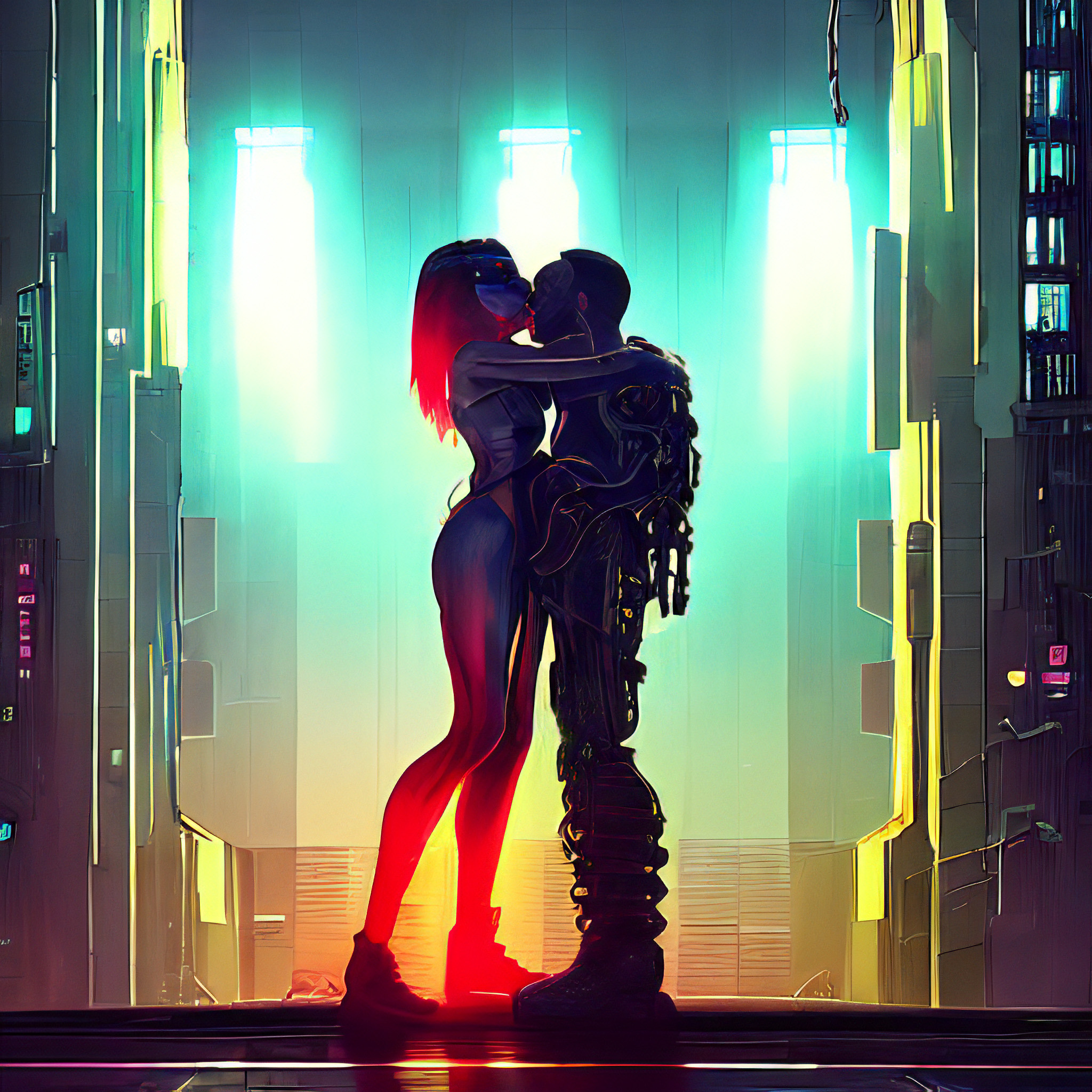 A young couple falls in love with each other despite being of different species in a future world where cybernetic technology is commonplace. Though society forbids them from being together, they are determined to find a way to be together at any... 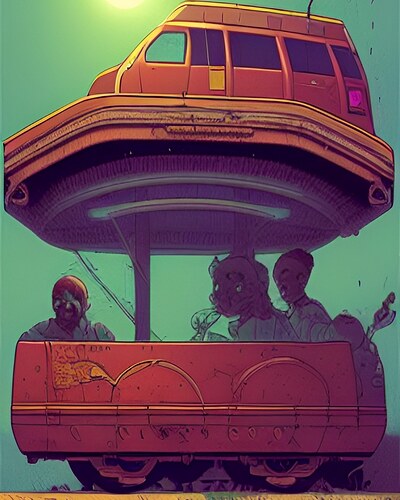 Here’s my contribution to MintbaseSunday. 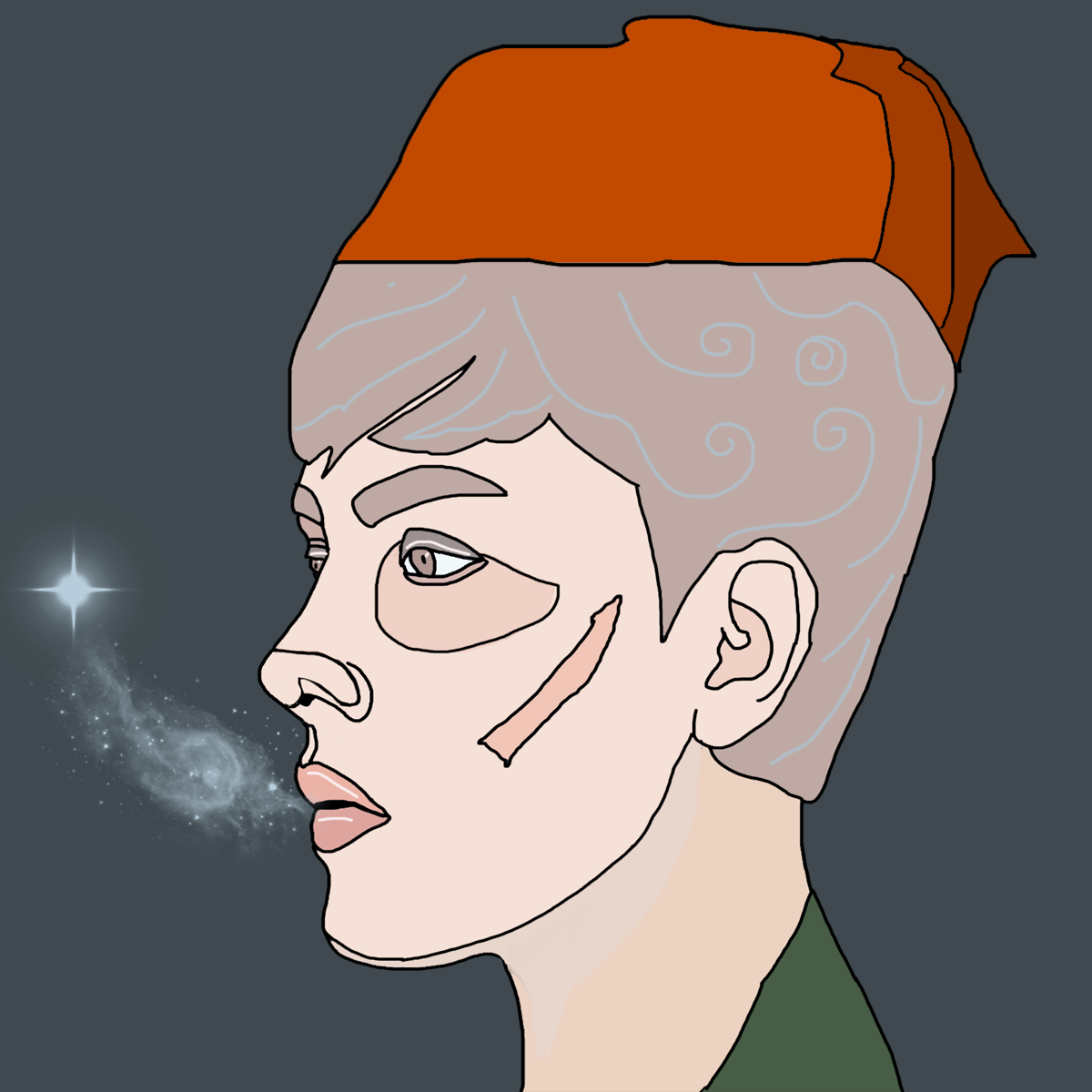 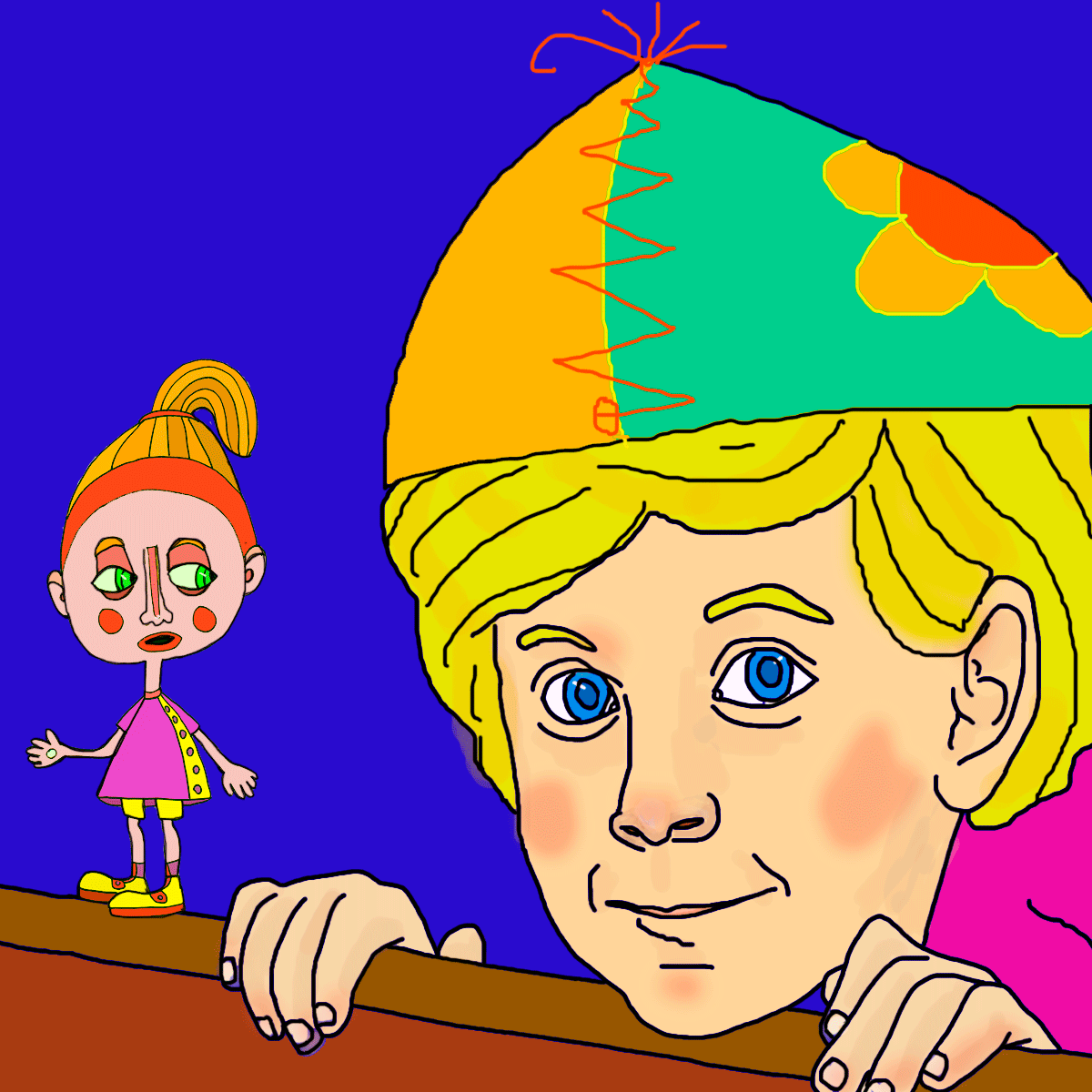 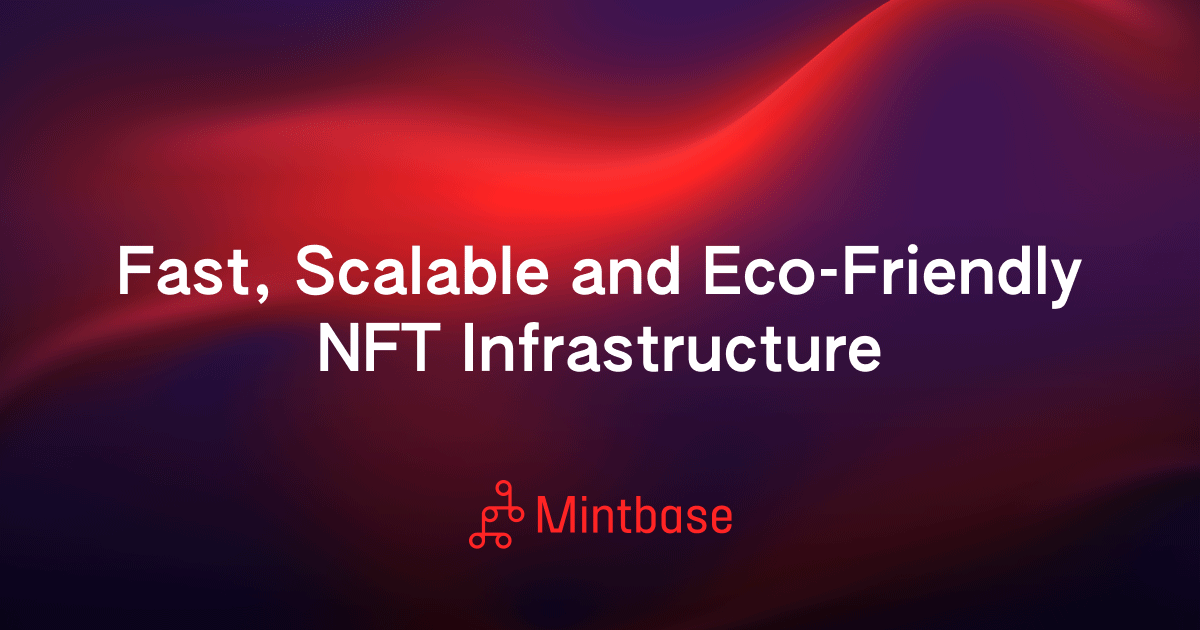 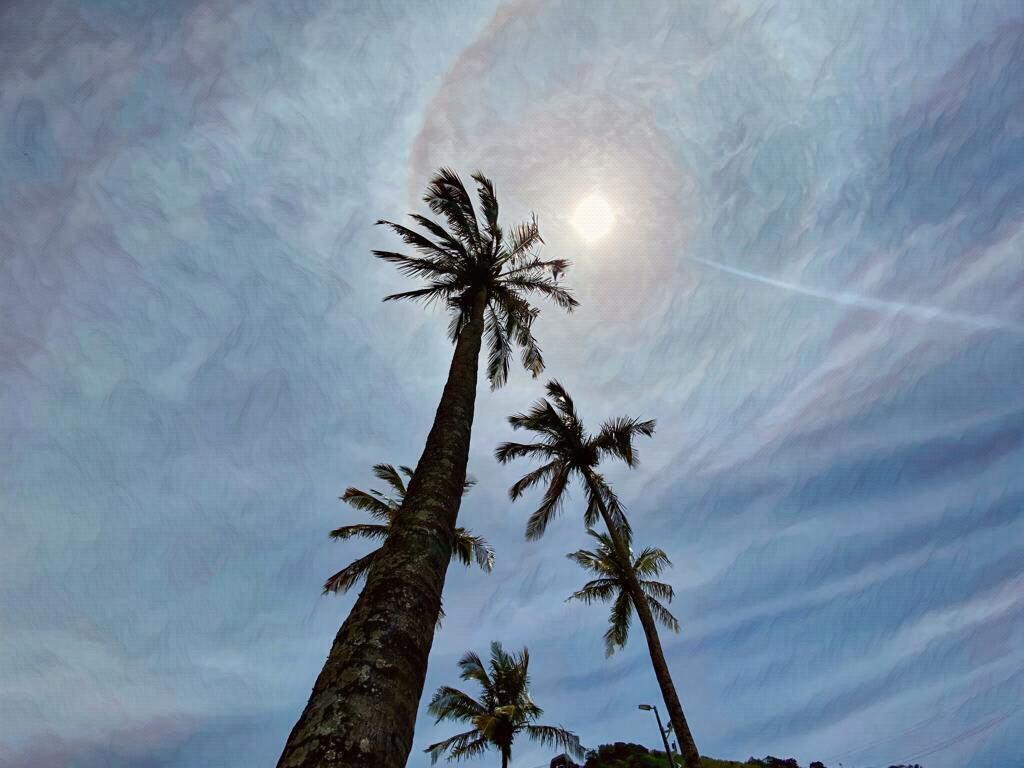 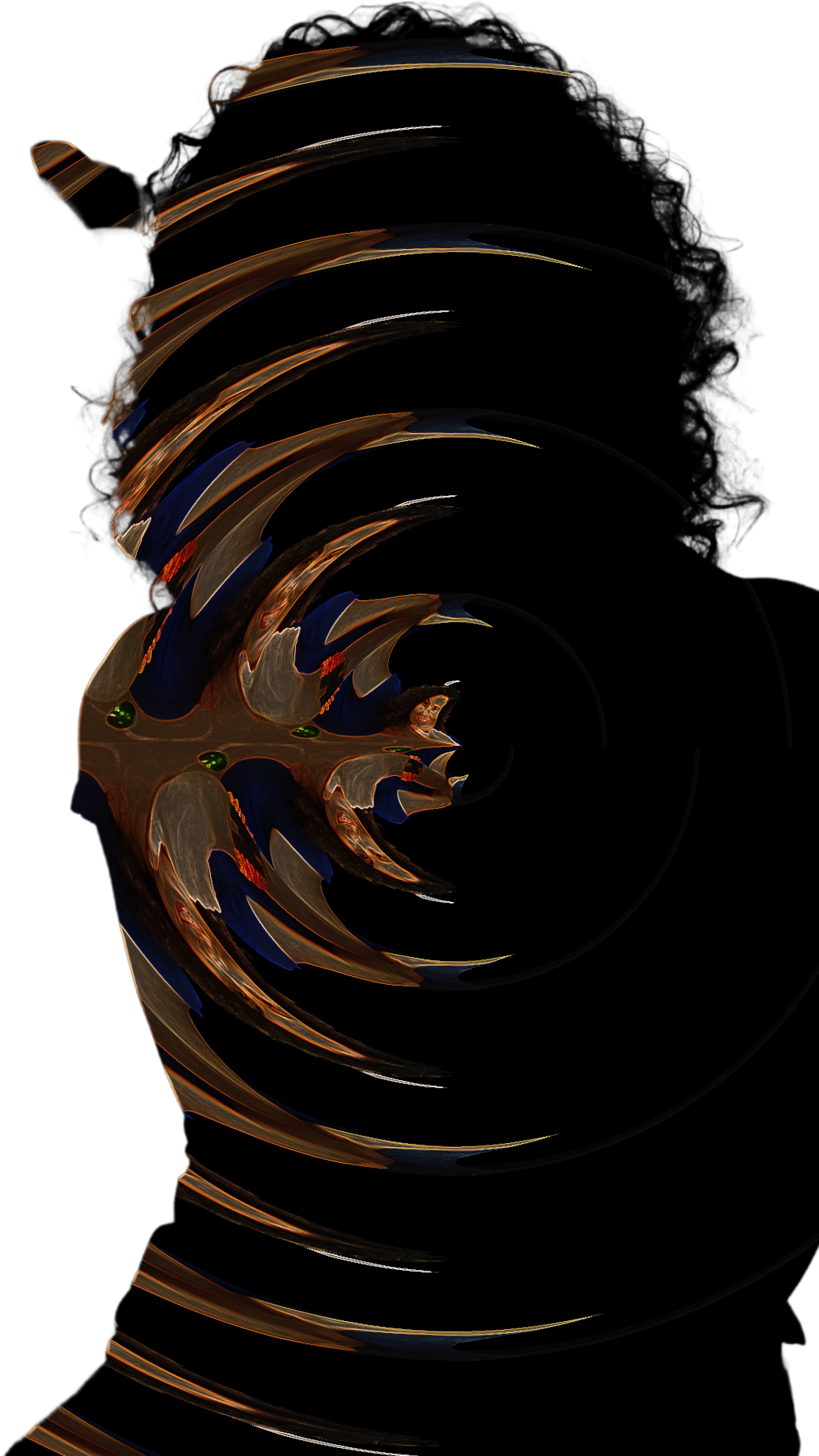 If I were a thing, I would be...a flower! What would it be like to feel the transformation of the flower body? An explosion of vital energy. The awakening of an authentic energy Urges the need for self-care, nourishment, hydration in a fertile... 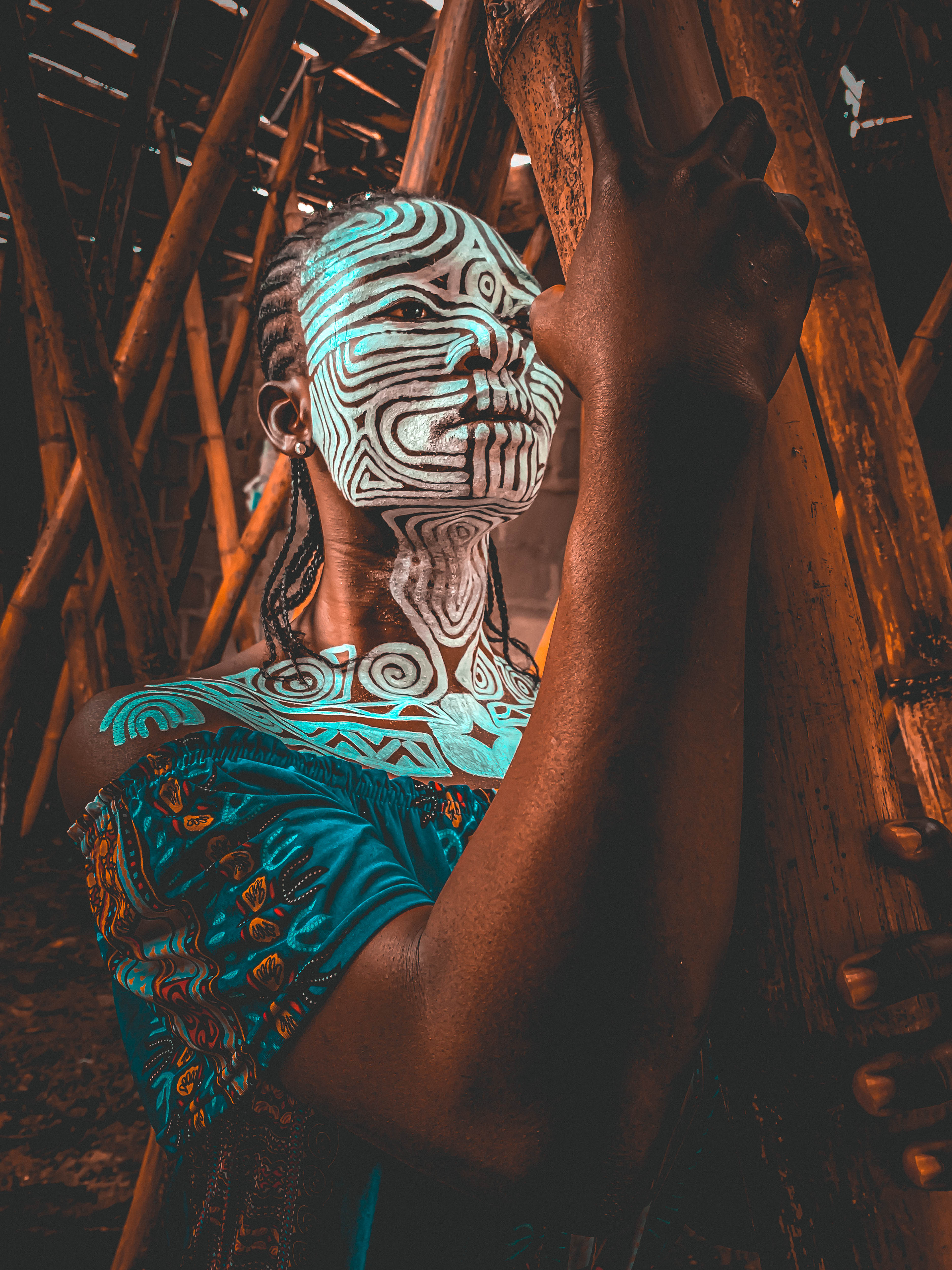 Lines and body connotes to using lines to tell stories on the human woman. As individualism is associated with humans, so is the stories. The stylized lines are borrowed from the uli body painting of the northern Igbos, eastern Nigeria. Akudo is a... 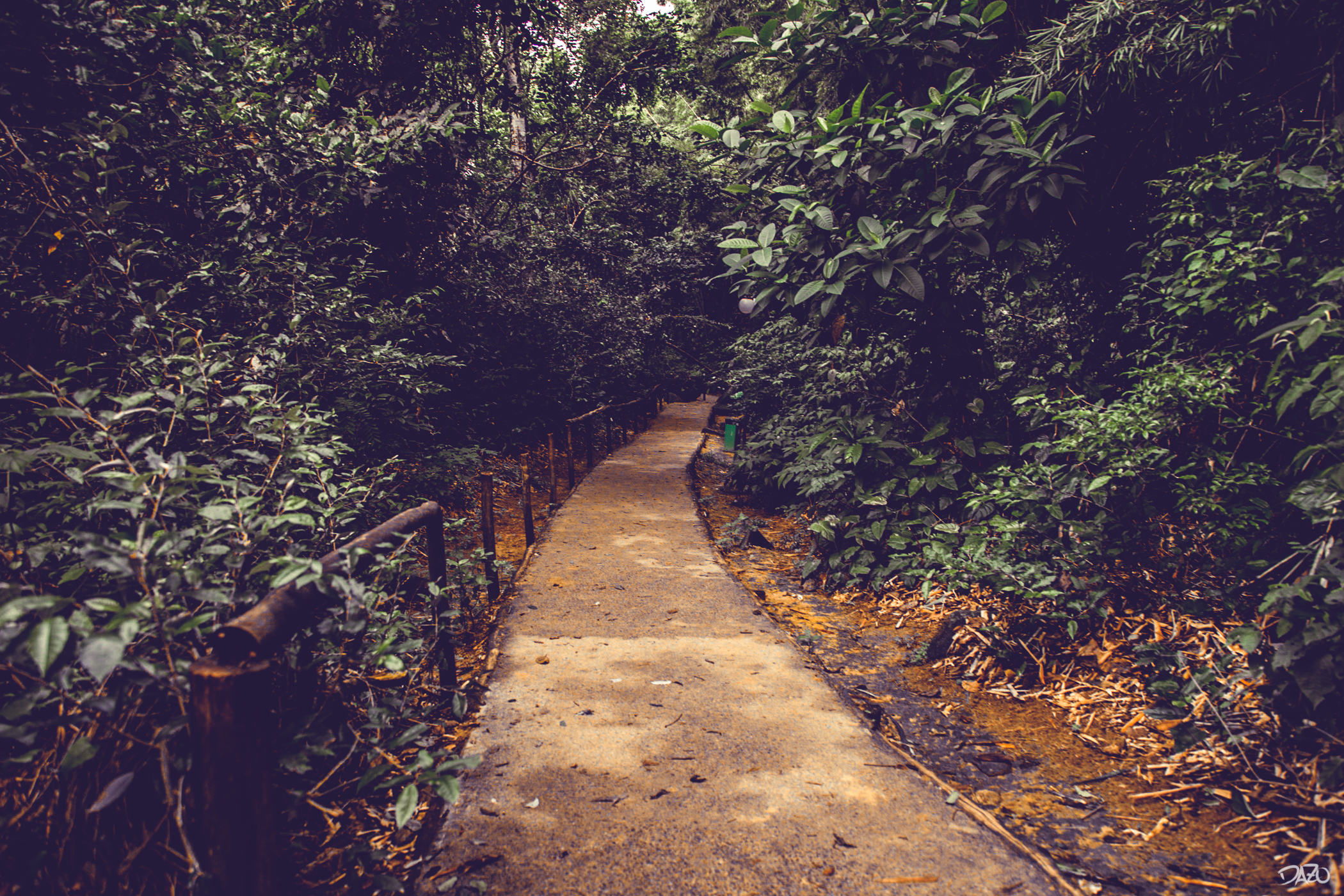 class excerpts O Pulsar na Música class that is part of the musical consciousness workshop held through Dao to instigate musical thinking within Brazil. 29.08.2022 - atmosphere that permeated during the lesson. 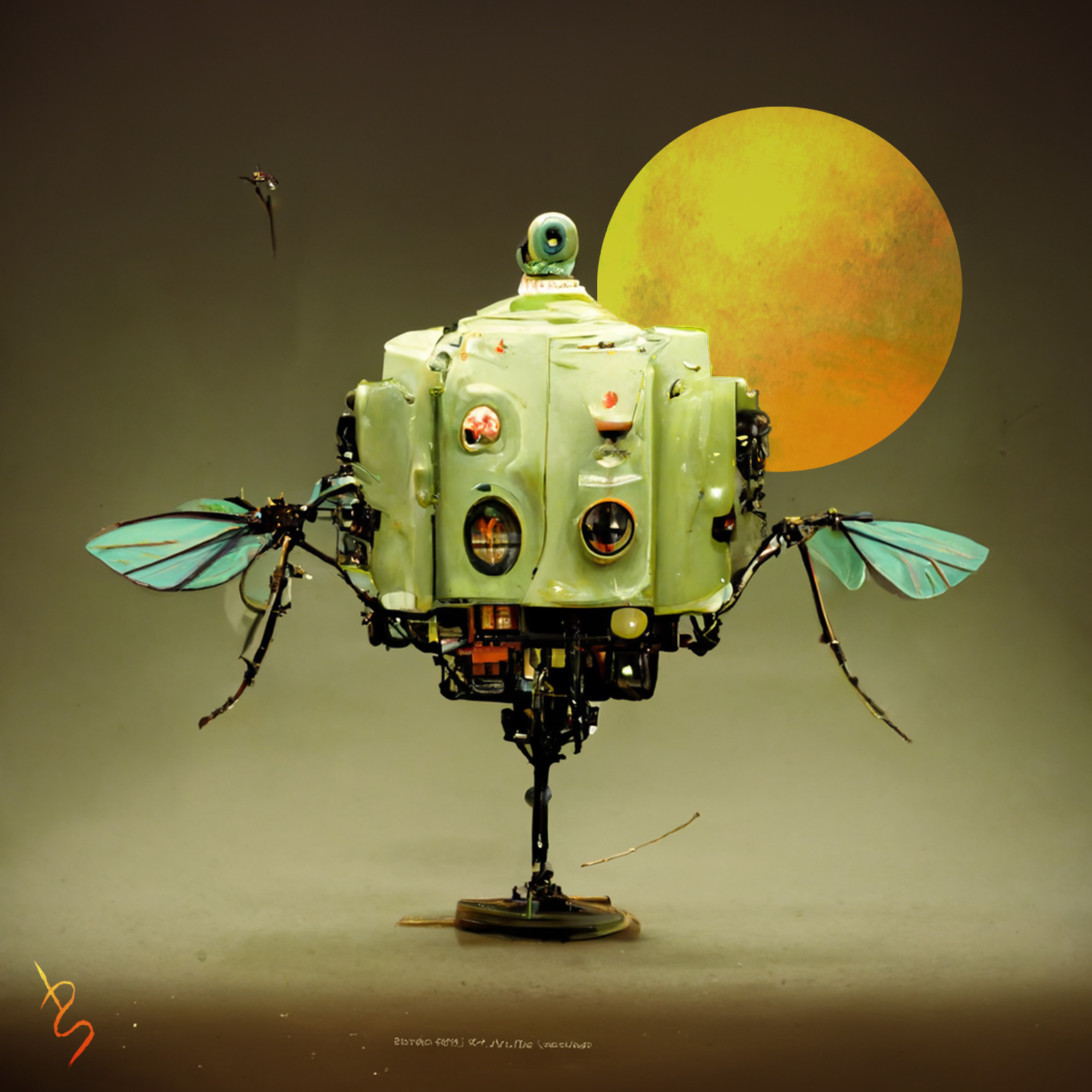