Activities fot the month of July

, I am going to tell you about the activities that I have carried out during the month of July.

Regarding the activities of NEAR Hispano Education, I dedicated myself to organizing the information of the registrations and certifications of the participants of the NEAR Certified Developers bootcamps to have it ready to deliver the historical report of the total number of certified people in the NCDs. Leaving in this way the Air Table ready for the consultations that are necessary by NEAR University.

In the first place, I organized and coordinated 3 Twitter Spaces/AMA with the projects of the Developers in Residence program, which were culminating during that month, such as NEAR Book, P2P Dex and NEAR Future Tickets, with the purpose of making the community known the work that has been done with the residency projects at NEAR Hispano under the coordination of @Cristian. 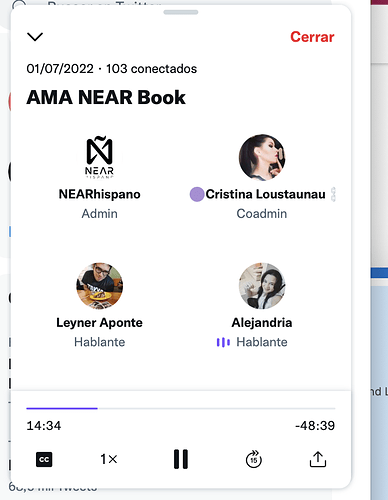 Also during the month of July, I dedicated myself to promoting and communicating and disseminating education such as the NEAR Protocol NEAR Certified bootcamps in different communities such as Ethereum Espacio Cripto, through AMA’s, Zoom Sessions with the Meta gals community, Twitter Spaces , Podcast with the Digitized community, etc. Resulting in a lot of demand for their registration. This resulted in arousing the interest of people from other communities towards NEAR, requesting to register in the NEAR Certified for subsequent bootcamps, hoping that the bootcamps will continue for the month of August. 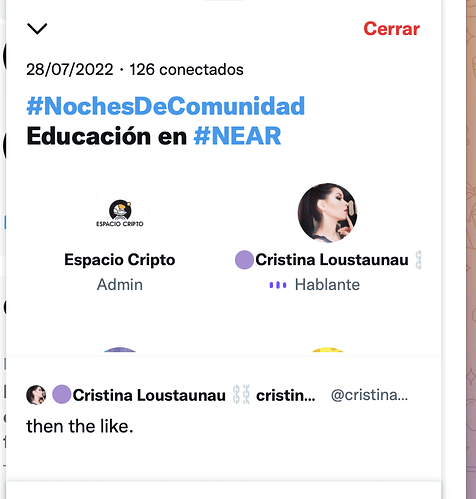 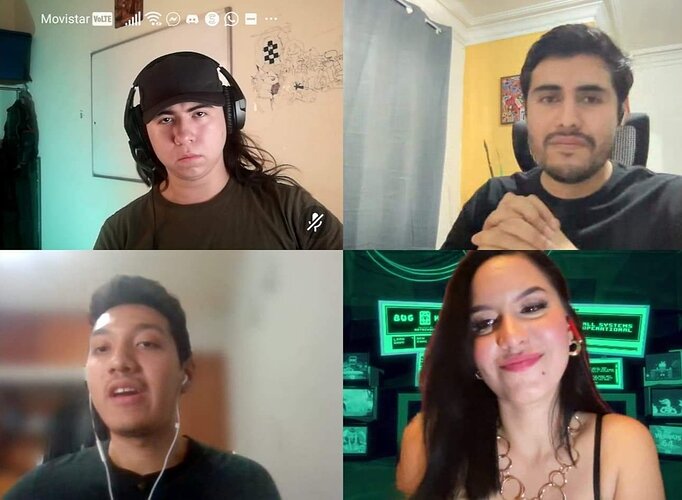 Without a doubt, it was a very profitable month and we hope that August will be much better.