Challenge area or bounty: Systems design with PolicyKit and the Metagov Prototype & indigenous modes of bottom up power distribution.

Deeply inspired by Primavera’s call to action about bottom power distribution in blockchain based systems; we are very happy to share where we have come since her 2018 presentation at Fab City Summit. Sharing the stage with her was Ron Eglash, who we are now working with in small bottom up systems prototyping.

Key to Eglash’s Generative Justice research group’s thesis on bottom up system engineering — is a matrilineal council we have been working very closely with for the last 2 years. The Kanienke’ha’ka of the Five Nations Longhouse Confederacy. Often mistakenly called Mohawk. The last truly nation to nation Longhouse also holds precious keys for bottom up social organization. Particularly in their oral constitution. This same council deeply influenced what became known as democracy, federalism etc even the first language of equality to appear in 1500s out of France.

Below is our work thus far, to bring matrilineal indigenous modes of bottom up organization into blockchain & online platform systems design & engineering. The matrilineal correction is key to true bottom sustainability in longterm. Thanks to Mohammed, Miriam, Amy, Ricky and all the brilliant folks of Metagov — our time discussing research & theory is becoming tangible — Metagov + Policykit + Sourcecred. This is perfect for indigenous modes that track the morphology of complex dynamics as a core design mechanism — being able to name unalienated value(s) flows is fundamental for long term sustainability.

Our first small prototypes for bottom up power distribution are actually live testing communities of Stacks Advocates & the Two Row Wampum working group efforts. With our indigenous modes inspired decision making + Metagov + Policykit + Sourcecred! Value(s) flows will guide the distribution of pool rewards dedicated to advocates work. And continued research & development of further on the ground implications can be facilitated by the TwoRow’s use of this systems design. 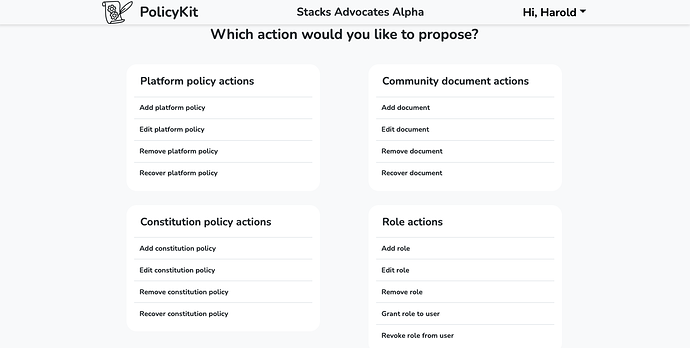 One thing that comes to mind is cred impact tracking & delegation as a means for implementing matrilineal indigenous consensus. Key is ensuring bottom up representation doesn’t even have a “perception of corruption.” An important protection of bottom up voices in all strains of life being heard in autonomous consensus.

Merely tagging folks in posts that are tied to official consensus calls can be checked by policy kit before platform actions are passed — if you were not present, acting maliciously as a community voice, or even false representation by a rep of a clan in the consensus process. You cannot receive cred as if you were a participant in consensus process.

We also believe PK can also ensure a bottom up quorum(s) capacity by checking that all respective members in a clan are tagged before passing the action of sending out official posts. Global asynchronous quorums seem plausible too considering PK allows for date time triggers that can close and open when conducive for respective time zones of Stacks Advocates for example.

These same mechanisms are great for inter clan delegation too — for ensuring important preliminary meetings can be tracked globally. Ensuring this preliminary consensus is embedded into proper delegation via Role Semantics for online clan organization is key to streamlining decision making in indigenous modes of consensus. Helping to navigate gridlock, without compromising integrity.

The three warnings systems can fractal out across the entire Five Nations Confederacy. The Kanien’keha have a 3 clan system of Turtle Wolf & Bear — of which there would be a total of nine female rounds & nine male rounds totalling 18 rounds of deliberation on the proper solution forward. 48 rounds if it is relevant for the entire confederacy.

This warning system can be coded with python in PK policies to ensure proper delegation structures are in place for the variety of circumstances than can arise: violation of Longhouse CoC for example. PK pinging the correct representatives for this warning system, may be deemed a Wolf clan specific policy for example — as its function is to gather the minds around whether a warning is needed officially or not.

Leveraging all this inside Metagov means great things for indigenous modes of checks & balances in representation of voices — beyond just Policykit & SC connections too! It will require some hard work by Hozz to bring Stacks Login, CLI & Stacks blockchain smart contracts to Metagov. Doing so will allow us to bring our Two Row Wampum PK constitution to Clarity smart contracts. This means a first for the Stacks ecosystem! Along with endless potential for secure bottom up distribution — on matrilineal terms — We can get the Great Law of Peace into 1s,0s as much as possible.

But these tools can hopefully be leveraged to include as many nuances that come with Kanienke’ha’ka protocols for long term social organization, trade or exchange that we need along the way. We can ensure the constitution of PK policies speaks accurately to indigenous clan roles design, documented in PK and executed in PK platform actions. We are super grateful and excited for all this collective work and it’s potential! Thank you kindly. 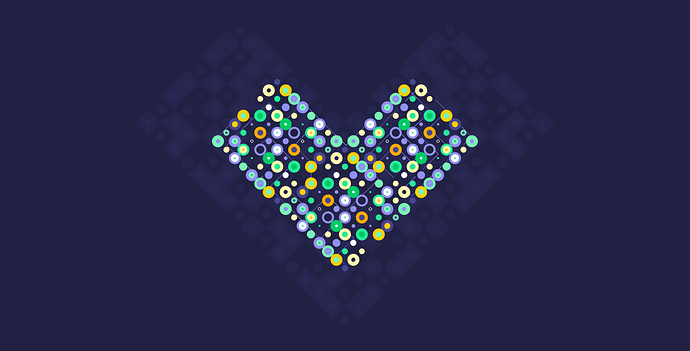