The meeting was held on 24th June 2022 at Sheratton Regency Hotel in Mombasa. People who were anxious and ready to hear out Sankore turned out in a great number to make sure they caught a glimpse of what it was all about. Sankore welcomed everybody and the meeting went as planned.

Despite the CEO of Sankore being unable to attend the meeting, the Sankore team on ground represented him to the fullest, there was also a recording from the CEO which was played and he said all about Sankore and individuals responded with questions on where they never understood well and the team tackled the questions as expected.

Paul Otieno a NEAR certified developer expounded on blockchain technology and answered questions that came in hand. He also touched on joining the Sankore academy where one would be a certified NEAR Developer for free and get paid by Sankore.

Sankore’s Bounty Ecosystem was introduced by Shedrack and expounded on bounties which upon completion one would get rewarded through the ASTRODAO. He also elaborated on how bounties were approved and individuals who had completed the bounty confirmed their reward and people were guided on how to create NEAR wallets.

Participants got some merchandise and all was good and people were dismissed to have refreshments and to interact and share there thoughts with the Sankore team and one another as others registered to join Sankore academy. 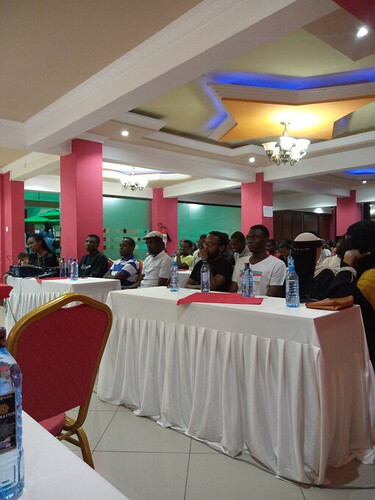