this week’s developments were as follows:

-The development of the brackets of the tournaments continues.

here are some images: 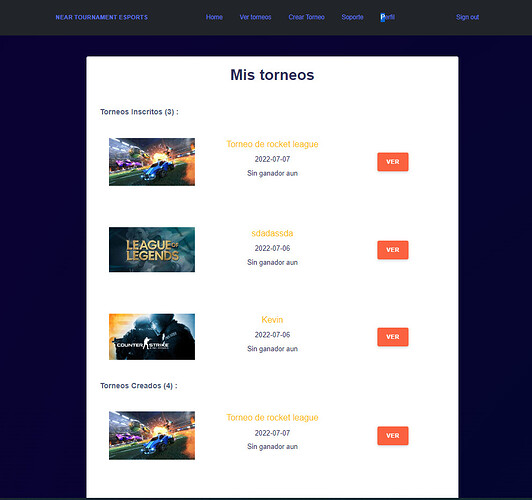 The brackets are expected to be ready and with that we will be able to award the prize to the winner of the tournament.

With these last two tasks the project would be functional, the next step would be to upload it to a hosting and test it with the near hispanic community in the testnet.

If no bugs or problems are found it will be launched in mainet.