MAD spiked to the level of 600, increased by 100, on July 14th as a result of the wildverse event that drove many new developers into the funnel and brought back the attention of some developers active earlier. 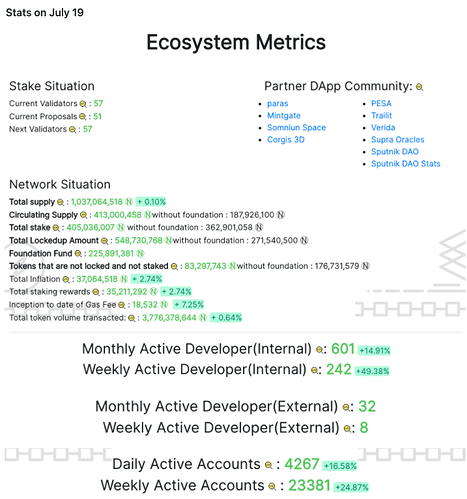 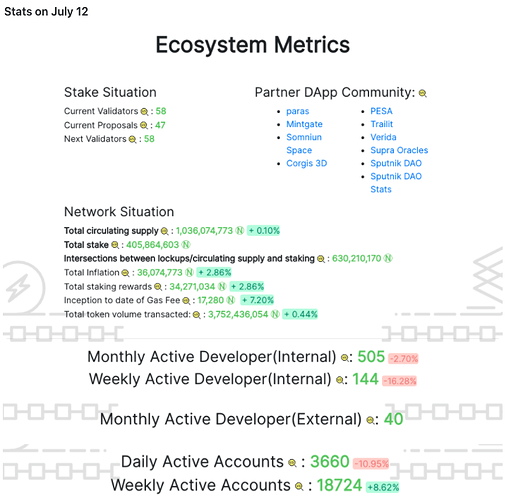 The increase in monthly active developer on July 14th was the result of this wave of over 50 developers coming into NEAR development environment. This was a 3x increase compared to the day before, showing how successful the wildverse event was in attracting and converting developer traffic.

Daily transaction number increased on July 14th, another metric showing how successful the wildverse event was in terms of driving tractions and engagement. Another increase happened on July 17th and continued to 18th, most likely the result of Paras event, showing the level of success of this event as well.

Number of new accounts also spiked on July 14th as a result of the wildverse event. 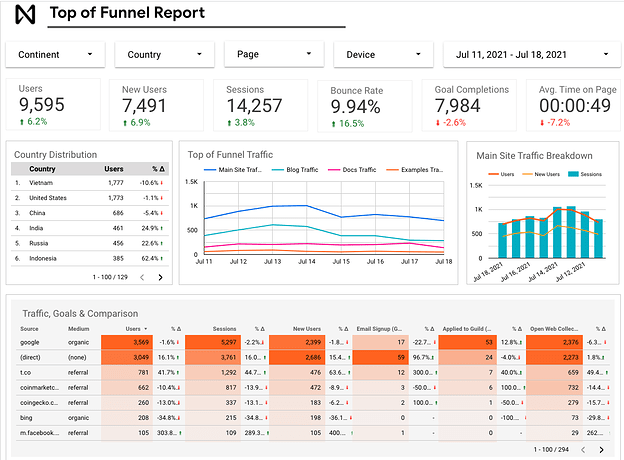 Though near.org traffic also increased last week compared to previous weeks, the level of increase was less than the developer/ecosystem metrics above. This shows another time that the traffic on near.org does not represent developer tractions to NEAR. However, one thing to notice is that twitter traffic increased by 42% compared to previous week, showing that twitter is powerful in driving traffic to near.org. 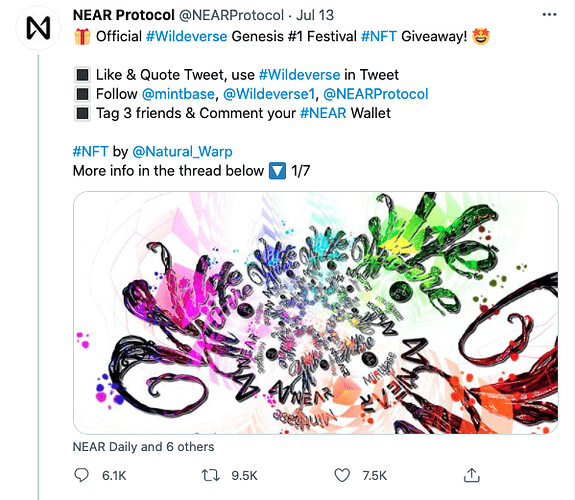 This tweet received over 7.5k likes, 6.1k comments and 9.5k retweets. By linking back to the metrics above, we can see that this tweet was helpful in driving traffic and tractions to registering accounts on NEAR and developers onboarding NEAR. This kind of engagement driving by asking people to like and quote tweet can definitely be used in other cases as well.