[PROPOSAL] Appropriation and intervention in the city's traffic signs

Hi everyone. My name is Victor Gonçalves and I have been researching about space and territory in my artwork through drawing and installations since 2017. Recently I have participated in the artistic residency Poliedro, Incubadora DAO, my research expanded into the field of digital language. Namely A.R.

My goals as an artist in this project have been to use A.R as a form of intervention and appropriation of urban space. That is, to continue the research that was started during the artistic residency. So far I have two prototypes inside the artivive platform (https://artivive.com/). The project is based on two theoretical assumptions: weak universalism by Boris Groys, and The nature of space, technique and time, reason and emotion by Milton Santos.

I have three examples of research that started at the residence and that motivate us to continue the research now with the VR DAO group, the gifs below are made with the cell phone and are potential interventions made and traffic signs, they are still just ideas and potential of what can be done.

If you download the artivive app on your mobile phone you will be able to see the experiment already available on their platform. When activating your camera in the app you should aim at this image below. 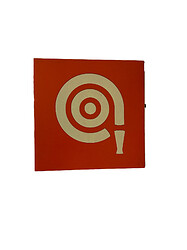 Develop research on diminished reality within the concept of augmented reality. In the near future to have an artificial intelligence that recognizes patterned surfaces in public space and when recognizing these surfaces, activate my artistic intervention.

With the implementation of the Vienna Convention on Road Signs and Signals in 1978, many members of the European Union now utilize a standard set of signs. Traffic sign is the contextual cutout within the urban space that I will use. I will delimit to the group of regulatory traffic signs that looks like “Regulatory No Parking Or No Stopping”, or “Regulatory No Entry”, among others.

For the future months, prepare a strategic plan on how to have an exclusive app for the project.

Specific purpose for the first month

The European regulatory traffic sign standard is composed of 18 boards and it will be with these traffic signs that I will work in the first part of the project, The proposal is to work with up to 3 traffic signals per month. It makes them available as NFT in Mintbase and together in the Artivive platform. In other words, in this first month I will produce up to 3 virtual interventions in augmented reality on 3 different traffic signs.

For that I will have to:

For the first month I will spend 40h and I will need $800 (± 140N) already including the software and upgrade in Artivive platform.

Victor Gonçalves (São Paulo, 1989) has a degree in Geography from UNESP (2013) and studied visual arts - drawing at Ar.Co in Lisbon. He worked as a teacher for three years in public schools in Brazil, in addition to coordinating cultural and educational projects in the Heliópolis favela (SP). He won the Young Scientist award (CNPQ / FAPESP) for using drawing as a methodology for analyzing the daily use of public space. In 2020 he had a video selected for the Dobra festival at the Museum of Modern Art in Rio de Janeiro. In the same year he participated in the artistic residency - Grão in Aveiro, Portugal. In 2021 he had his first solo exhibition entitled “Por um Fio” curated by Cristiana Tejo at NowHere, this year he participated in the Nectart artist residency in Barcelona with the exhibition at Espronceda gallery in July within the Art Nou festival. The issues of space, material and affections are the central element of his artistic research and subjects such as matter, movement and time are the devices. Going from drawing as a scientific methodology to drawing as an artistic investigation, he makes his work an act of reading and creating places. He has participated in collective exhibitions in Brazil and Portugal having as its most recent work the installation in the Encruzilhada project, Lisbon, Portugal. And is currently part of the Risco Coletivo and NowHere groups. Lives and works between São Paulo and Lisbon. 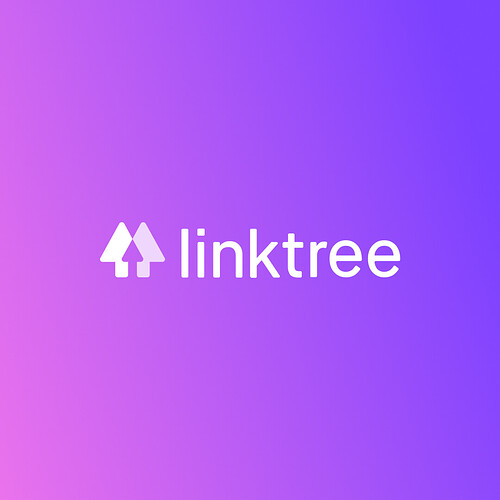 hey @Vxz! Happy to see this proposal. It shows a lot of promise, but I do have a few doubts. You can use the following replies to then edit the proposal, if it ends up being necessary.

four parts of the project, each of them spending a month of work.t.

thank you for submitting the proposal!

Hi, @frnvpr. Thank you for your questions, I’ll try to answer… I prefer answer here, and finally edit the post at once. Or what do you suggest?

what kind of partnerships? Do you need help from a developer? Maybe @sainthiago could help with this. What skills are you lacking for taking this project to it’s final stages?

Yep! I remember the first talk about augmented reality at the Poliedro Residence with Sergio Rafael. And using Unity and Fuvoria to create some things. I believe this software is excellent for the project, however I do not master it and I will need a partner to develop the idea together with me in the second stage of the project. Thanks for indication, I’ll start to talking to @sainthiago.

do you want to create a platform to showcase this work, or will you use mintbase.io, for example?

Uhn… When I saw about create a platform I think about just having a website as a repository of processes and final products, but directly linked to mintbase as an NFT platform.

For this questions I thought that way:
I will only address traffic signals from the regulatory category. There are a total of 18 traffic signs in this category. I split this amount by 4 months, the first month being only 3 because I will be learning better with the artivive platform in the professional version. At the same time, I will already plan how to become independent of the artivive platform because, for example, it has a viewing and video time limit which for my project will be a negative point of the platform. In other words, in parallel and simultaneously the production of the first 3 videos using artivive, I will also be studying about Unity, seeking a partnership with an expert. Maybe I’d better add more hours dedicated to this study about Unity, what do you think about?

Over the next few months as I have planned

(Maybe is better to update this work plan right in the proposal, no?)

Well, I see that just because of your question the project has already advanced to more than 4 months and I will need to review the workload of it as a whole, what can you suggest that I do? I think this also has consequences for your last question.

The first month I think the budget is reasonable at $600.

However the other budgets will have to be adjusted. Since I feel the need for the team to be greater within this project.

However, now I have to better research the budget on how much each professional described above costs. Does VR dao have any other similar experience so that it can compare values?

Wow. Giant text, I hope it’s comprehensive and not lost in ideas. hahah

eheh, obrigado! That was detailed and I think the right questions are being made. Let’s wait a bit for others to give their opinion and then you can update the original proposal.

first of all I want to congratulate @Vxz for the project and all the work you have put in it.
@frnvpr
regarding the development issue, to give you a little context, my developer experience with VR is web oriented. which means I have no experience with the technologies you intend to use.
another issue that I see is the fact that I already have a development timeline in other projects and the time is short.

if you have any questions, feel free to ask!
thank you

thx @sainthiago! feel free to give ur opinion on the proposal, nonetheless

Hi, @sainthiago, Thank you! I hope we can develop some project together in the near future.

Hi guys, @microchipgnu, @sainthiago, @JulianaM, @Samiasns, @frnvpr, @nearestchico, @squattingPigeon, @nico
I updated the proposal and would like your opinion, feel free to ask me questions. I’m new here, I still feel a little lost, but I keep trying.
Basically I reduced the expectation to a short time in order to make the project more sustainable and consistent. So I can really meet the stipulated goals, get closer to how the Near ecosystem works, and I can plan the next steps with more concrete data.
Thank you!