so i’ve been messing around and having a lot of fun with this NEAR TRASH token over the last few weeks.

basically i am creating TRASH ART pieces & collectables on NEAR at both mintbase and paras and supporting it with an uber-meme TRASH token - $nTRASH - which obvs was set up at tkn.farm 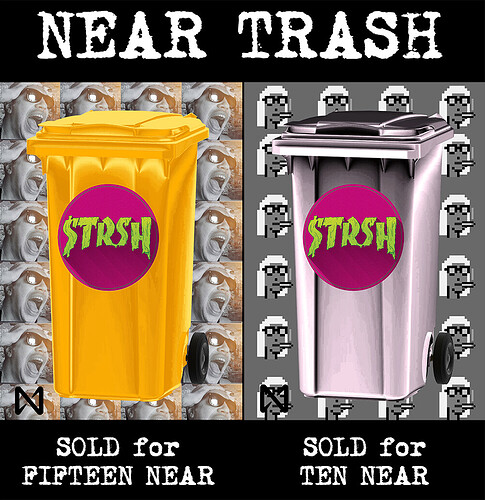 PUT ANOTHER DIME IN THE TRASHBOX BABY ! - mintbase

ive deposited some $nTRASH onto ref.finance but not added any near liquidity yet as fully expect it to just get wiped out by holders scalping it.

decided to get off eth and move to near - after an artist i know told me about it - and wanted to establish a trash movement over here while getting some of the trash og’s interested in near as another outlet for trash creativity. basically setting up another branch of the trash movement - been tweeting heavily about my activities and got a bit of engagement - theres also an account for the token

i heard about the hackathon event this week but obvs missed it completely but wanted to know if i can still get some support for my project if i write it up and submit to forum/DAO?