We are very proud to announce the launching of nativonft.app, an NFT marketplace oriented to hispanic countries, recovering the art of hispanic artists and launching this through our marketplace.

Nativo NFT has support for NEAR blockchain and is now deployed in mainnet, and for Aurora EVM will keep some days more in testnet, this is because we are still working on features related to upgrading solidity contracts. The team currently working on is @Cristian dokxo.near joehank.near and me.

This projects first stage was done in a as a Developer in Residence project with support of NEAR Education @amgando, and NEAR Hispano guild @claudioac, called as Culturas Latinas Marketplace, you can see the project here: https://github.com/NEAR-Hispano/NFT-culturas-latinas

Currently the CloudMex team forked the project and is pushing upgrades to this repository: https://github.com/cloudmex/Nativo-NFT 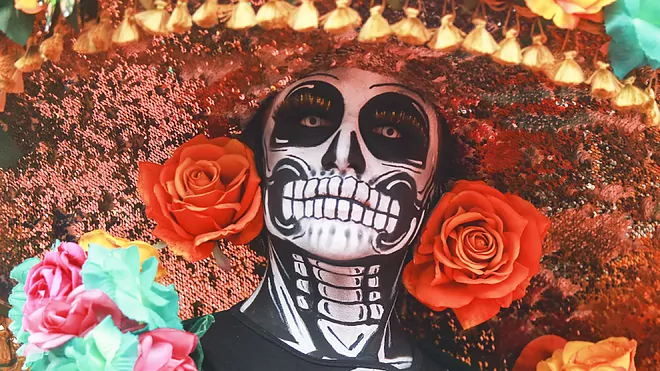 NEAR Hispano guild invited artist Daniel Iñiguez would launch a collection of 10 pixel art catrinas in Nativo NFT, as part of celebrating Day of Deaths in Mexico, an prehispanic celebration where Mexicans prepare their houses expecting the return of the souls of their dead parents.

First 3 catrinas would be launched in november 2 (Day of deaths).

A Catrina is the representation of a woman’s skull dressed with high luxury, this artist’s representation started in the beginning of the past century. Catrinas were a social critic to the Mexican people who achieved a high social status and stopped using their normal clothes to start wearing the high European social class clothes. Now, Catrinas are a very iconic representation for Day of Deaths, and its figures can be found in almost any celebration of this kind that is done.

This will be a very important initiative to support in giving digital creators from the Latin American region a space for them to showcase they work.

Congrats to the team!

Nice to see an NFT marketplace connecting culture with the blockchain space.

maybe we can plan something for the future

, but live in the US. The F stands for Flores

Hello friends, here are our social networks of Nativo NFT: