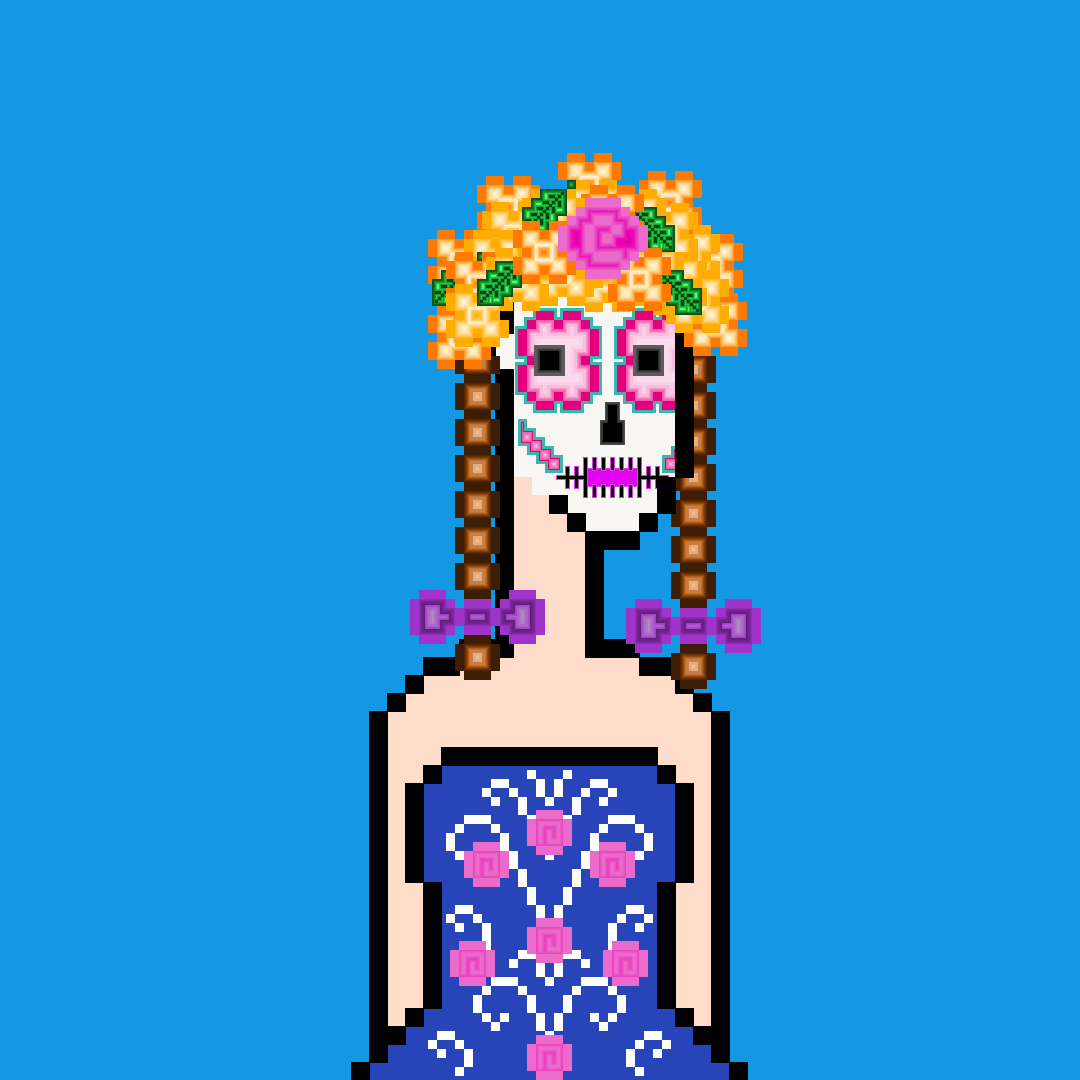 On November 2nd Crypto Catrina is launching over at Nativo NFT. This is a 10 NFT piece collection created by the artist Daniel Iñiguez (unocero).

The collection consists of 10 Pixel Art Catrinas, with the first drop occurring on November 2nd. These illustrations are based on what has come to be known as the CryptoPunk aesthetic. This aesthetic has become really important for the past year in the art scene and it has been heavily related to the NFT art movement.

The remaining Catrinas will be dropped in a similar manner, in batches of 3 - 2 pieces for the remaining weeks up until the last week of November. They will be announced shortly before their minting each week.

This collection aims to honor both the Mexican holiday El Día de Muertos, that holds its roots all the way back to pre-columbian cultures that inhabited the regions that comprise today the Mexican territory, and to the artist and illustrator who gave life to the character La Catrina: José Guadalupe Posada.

This project was only possible thanks to the efforts of the team over at Nativo NFT, to @amgando at NEAR Education Team and to @claudioac at NEAR-Hispano Guild.

What is Nativo NFT?

A cultural-hispanic marketplace for NFTs developed with support of NEAR-Hispano guild and its community. Currently deployed in mainnet. Read more about it: Nativo NFT marketplace is now in mainnet - Catrinas pixel art are coming! - #4 by NearNft

After successfully launched a week ago and having sold within hours of launch the first Crypto Catrina NFT, today we are dropping the second batch of 3 Catrinas, Catrina 4, 5 and 6 over at Nativo NFT the best Latin American Arts & Culture NFT Marketplace.

Come check them out and don’t miss the opportunity to own your Catrina. Only 10 Catrinas will be minted for this project.

Once again thanks to the Nativo NFT team @cloudmex-alan @Cristian!

Stay tuned for the upcoming drops!